Your introduction to driving electric 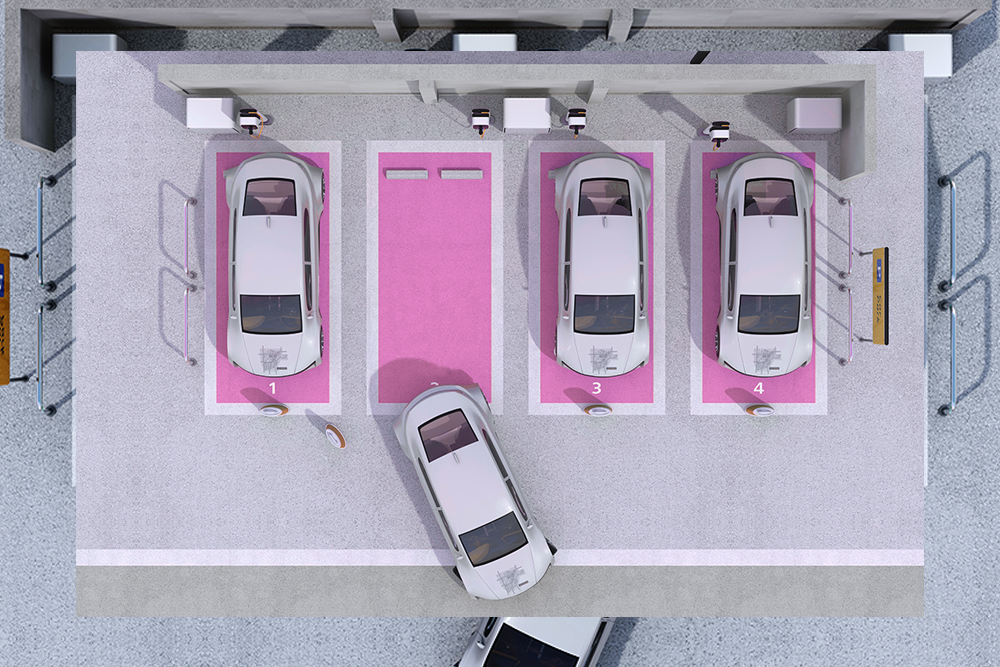 Sales of new petrol and diesel cars in the UK will end in 2030 and as a result the popularity of electrified vehicles has skyrocketed. We speak to Jim Holder, Editorial Director at Haymarket Automotive and all-round motoring oracle, about switching to electric motoring.

First things first: there’s a small but crucial difference between electric cars – or ‘battery electric vehicles’ (BEVs) – and electrified cars. The latter term includes any car that combines an internal combustion engine (ICE) with electric assistance to reduce fuel consumption and emissions. These include hybrids and plug-in hybrids (PHEVs).

In this guide, we’ll be concentrating on BEVs and PHEVs, as they can both be plugged in and driven solely using electric power.

There’s no right answer to this question. Both will fulfil most people’s requirements almost all of the time, but as Jim Holder notes, it’s best to look at your unique circumstances and the pros and cons of each option.

‘There’s no question that you have to choose the right car for your circumstances, and, of course, it’s quite a commitment to make if you aren’t absolutely sure of your circumstances. Many car buyers are moving from a combustion engine car to a PHEV, which typically gives you 30-50 miles of electric-only range before switching the petrol or diesel engine on.

‘It’s a neat solution that gives peace of mind, but to enjoy the benefits you do need to plug the car in regularly and avoid lots of long journeys. Once the battery is flat, you are carrying a lot of extra weight, which will affect economy. Anecdotally, a lot of PHEV buyers switch to a BEV for their next car, reassured that they deliver more perks and less hassle.’

Holder says his own experience of both owning and road-testing BEVs is very positive across a breadth of uses, showing how practical electric cars are for everyday driving.

‘I’ve owned a Renault Zoe, and driven many more BEVs everywhere from the school run to 1,000-mile holiday trips. Yes, it did make the journey a little bit harder and longer – but not by much, and the only real compromise was a need to plan better, which in turn meant we made more of all the time we had. We were never at risk of being stranded, even on 250-mile journeys there and back, and we only added half an hour stopping for a quick dash of electrons.’

His experience is that the ease and convenience of charging at home outweighs any negatives: ‘For the other 51 weeks of the year, I’d plug in at home at night and wake up with a full tank, cheaply filled with no hassle. It was quite a shock when I switched back; wasting time and handing over large chunks of money at a dirty old fuel station again.’

If you’re not sure what to buy, Holder recommends that you read the What Car? guides to the best BEVs, and the best hybrids available today.

PHEV: Plug-in hybrid electric vehicle, which has a battery large enough to drive without the use of an engine for around 30 miles, and can be plugged in to charge but also has a conventional engine

BEV: Battery electric vehicle – a car that is powered by a battery only 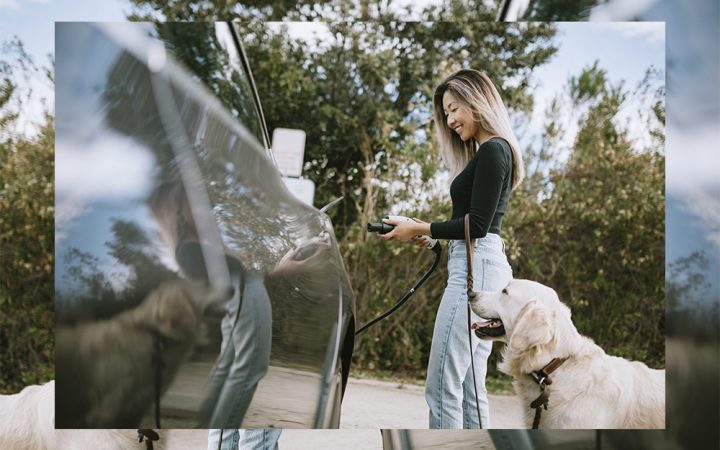 ‘Hassle-free ownership of a plug-in car ideally requires you to have a charge point at home and a driveway so you can always access it,’ says Holder. Getting a home charger fitted is very straightforward nowadays. There are many suppliers and most of the big energy companies can point you in the right direction. The Electric Vehicle Homecharge Scheme (EVHS) offers a £350 grant towards the cost of installation.

‘Without a home charger, ownership isn’t impossible, but you’ll have to use a public charging point, which can be more expensive (although some are still free) and harder to access.’

Holder does have some top tips for using public charging. ‘The key is to plan ahead. There are some great apps like Zap-Map that offer near-live reporting on whether public chargers are working or in use. On motorways, it pays to have a contingency in case they are busy. It’s also advisable to know the charge-point supplier, as not all have contactless payment, so you might need an app to connect. In my experience, the hassle doesn’t last long and you soon slip into habits that ensure journeys are straightforward.

‘It’s also critical to remember that the charging network is improving daily – the chargers are getting more reliable, better maintained and much faster.’

The message here is simple, according to Holder, and that is to consider making the switch to electric sooner rather than later. ‘The carrot of incentives will be replaced by the stick of higher taxation of non-electric vehicles,’ he explains.

EVs and PHEVs can be expensive to buy, but what about running them? While it’s a fact that both BEVs and PHEVs cost more to buy than their straight petrol or diesel counterparts, they can claw back that expense quickly when it comes to running costs. However, the caveat with that is it’s not necessarily the case for everyone.

‘It’s astonishing how fast an EV can pay back,’ says Holder. ‘But it’s worth doing the maths first, because they are not automatically cheaper. A business driver who commutes into a clean-air zone and charges at home could save many thousands of pounds a year, but someone who uses public charging every day on a car for personal use will save much less.’

At present, BEVs pay no car tax, also known as Vehicle Excise Duty (VED), and have an extremely low Benefit in Kind (BIK) tax for business users. PHEVs pay reduced VED due to their very low official emissions and also pay lower BIK tax. However, as with the plug-in car grant, some of these tax breaks are reducing over time and won’t last forever.

When it comes to servicing, EVs don’t wear out their brakes as quickly, have no oil and very few filters to change, with no spark plugs or other greasy bits. They are less prone to mechanical issues and, nowadays, there’s a huge range of garages approved to work on EVs and PHEVs. The Hybrid and Electric Vehicle Repair Alliance has a comprehensive list.

What about the environment?

All of this sounds great, right? But aren’t BEVs and PHEVs worse for the environment than regular cars? Put simply, this is a commonly regurgitated myth that doesn’t stand up to analysis. Due to the materials and construction methods required for batteries and some other components, there is a slightly larger up-front environmental cost, but this doesn’t last long. What’s more, under battery power, both BEVs and PHEVs help improve urban air quality by having no tailpipe emissions.

‘Based on the research I’ve done, today the rule of thumb is that an electric car becomes cleaner in CO2 terms than a normal car at between 20-30,000 miles,’ says Holder. Most people would cover this distance in two to three years, after which point the so-called “carbon debt” is back to zero.

‘Of course, this is shifting for the better all the time. Production techniques are getting greener and electricity generation is increasingly coming from green sources. It’s a fair debate to have – but the speed of improvement is only swinging the debate further in favour of the electric car,’ concludes Holder.

The switch from fossil fuels to electric is inevitable, as the government has pledged that sales of new petrol and diesel cars will end in 2030. Moving to a PHEV or BEV and getting used to it now will put you ahead of the game. And don’t forget, Vitality is there for all your car insurance needs. At Vitality, we offset up to 100% of members’ vehicles’ carbon emissions when they drive well, and we contribute to various UK-based tree planting and protection projects.

There are a lot of buzz words around electrified cars and it can be confusing, so here’s a handy jargon buster to help you out:

AC: Alternating current, which is typically used to charge a car at a lower (slower) rate

BEV: Battery electric vehicle – a car that is powered by a battery only

BIK: Benefit in Kind, which is a taxable benefit, such as a company car. For cars, this tax is based on several key factors, including emissions, the car’s price and the driver’s tax bracket

CCS: Combined Charging System, which is used by most major electric-car makers, and can accept a fast rate of DC charging

CHAdeMO: Another system for connecting to a charger, which is used predominantly by Nissan. It can also accept a fast rate of DC charging

DC: Direct current, which is typically used to charge car batteries at a higher (faster) rate

EV: Electric vehicle – usually used as an alternative to BEV

HEV: Hybrid electric vehicle – usually denotes a car that has electric assistance but doesn’t plug in to charge

kWh: Kilowatt hour, which denotes a battery’s capacity, so the higher it is, the further you can go

KW: Kilowatt, which is a measure of power output and can be applied to an electric motor’s power, or the speed at which an electrified car can be charged

OZEV: Office for Zero Emission Vehicles, which is a government office supporting their adoption

PHEV: Plug-in hybrid electric vehicle, which has a battery large enough to drive without the use of an engine for around 30 miles, and can be plugged in to charge but also has a conventional engine

Type 2: Charging connection system which accepts higher rates of AC current, such as that from public chargers

Type 3: Charging connection system which accepts lower rates of AC current, such as that from home chargers

ULEV: Ultra-low emissions vehicle, which applies to those emitting less than 75g/km of CO2

You could get rewarded for good driving with Vitality car insurance. Find out more about Vitality’s comprehensive cover or log in to Member Zone to discover more.

What is Vitality Car Insurance? 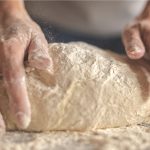 Folic acid will be added to flour across the UK – here’s... Previous
4 ways to feel your best in the morning this Autumn Next 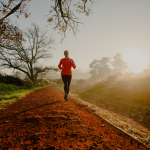