Women In Sport: The Vitality Roses talk their proudest moments and their advice for aspiring athletes 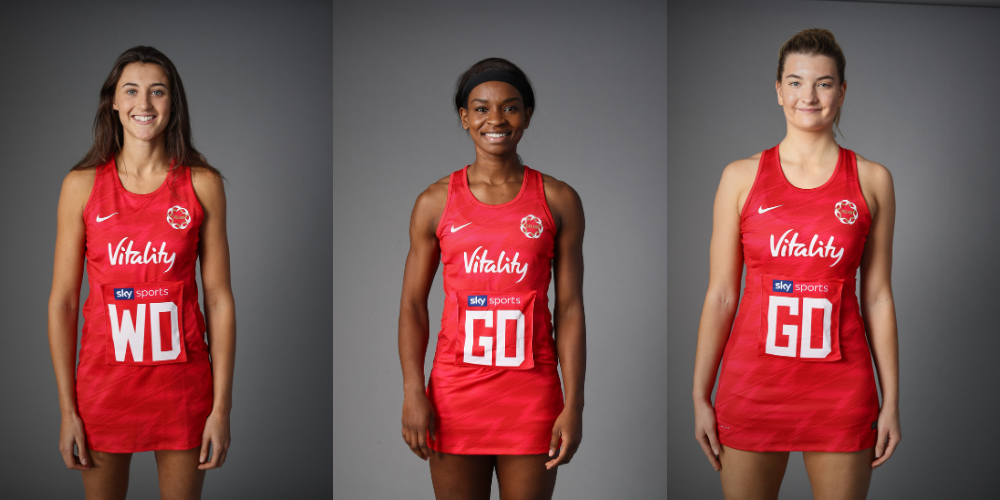 This month at Vitality we are focusing on some of the amazing, inspirational women in sports. We’re putting the spotlight on role models from across the sporting, athletics and fitness worlds to find out their influences, how they got into their careers, and any advice they have for girls and women looking to get more active. We spoke to England Netball stars, Jodie Gibson, Beth Cobden, Fran Williams of the Vitality Roses, about their experiences getting into netball, their proudest moments and their advice for aspiring athletes.

At what age were you all when you first start playing sports? Who encouraged you to play sports?

Jodie: I was in primary school when I first started playing sport. My competitive spirit and love for sport was birthed on my grandma’s street playing sports and creating fun sporting games with all my childhood friends. My siblings and I would go swimming lessons from an early age but I was around 7/8 when I first went to my first sports club which was Gymnastics. Watching empowered women like Denise Lewis, Venus and Serena Williams inspired me to want to play sport.

Beth:  From a very young age I was in the garden throwing around a ball with my family. I remember spending lots of time playing different games with my brothers and my dad. I first joined a netball club when I was about 8, I used to watch my mom play which made me want to start.

Fran: I have always been active and enjoyed sport from when I was really young. Netball I began when I was 9 years old but I have always been a keen swimmer. I also enjoyed hockey and tennis at school. I’d say my parents were my biggest influence with encouraging me to get involved with a range of sports. They both played sport to a high level when they were younger and watching and supporting sport was a big part of life at home.

Did you ever find it difficult being interested in sports as a teenage girl?

Jodie: It was extremely lucky that my school friends were very supportive of my netball. Missing out of friends parties and family occasions was really hard at times but my love and passion for netball always over powered the sadness I had for missing out on those occasions and I had an incredible group of team mates at my junior netball club which meant the memories I was making with those girls filled that void.

Beth: I have always loved playing sports, whether it was netball, hockey, tennis, athletics, I would want to get involved.

Fran: When I was in my young teens I think it was quite normal to be busy playing sport and a lot of my school friends were involved in various sports teams. However, I think in my latter teens, when my netball started becoming much more elite and time consuming, I definitely became more aware that I was going down a different path with my sport to a lot of my friends. I never lost interest but I noticed that I was going to have to start making some more sacrifices socially with how I spent my time and be ok with accepting that which wasn’t always easy. You’ve got to be confident that you’re making the right decisions for you and understand that your friends and family will support you in trying to work hard to achieve something special with your sport hopefully!

How and when did you realise netball was the sport for you?

Jodie: Before I played Netball I had been to many sports clubs. From Gymnastics, to Football to Athletics and until I went to Netball I never felt like I fell in love with a sport and found my place in those clubs. When I first got invited to my local netball club I asked my best friends to also come along and each week my friends would slowly drop off and usually I would too but I loved everything about the sport and felt right at home in my junior netball club.

Beth: I played lots of different sports but netball was always my favourite and what I was best at. I was part of a really good club, Parkside Netball, which helped me to develop and make friends.

Fran: I’m the oldest of three in my family and I’ve always been very competitive right from a young age. I was about 13/14 when I first got selected into county and regional netball academies and this is when I realised if I worked hard and committed myself to netball I could aim for playing for England one day! I think this motivated me to train harder and as I started to improve, I started enjoying the sport even more.

Your team has been so successful and done amazingly – what have your favourite memories or experiences been from your time in netball?

Jodie: Commonwealth Games 2018 has to be my favourite sporting memory with any team I have had the privilege to be apart of. Creating history alongside my team mates still gives me goosebumps to this day and its a memory I will cherish forever.

Beth: Winning Commonwealth Games 2018 was my favourite netball memory. It was the best team environment I have ever been part of, we had so much fun and created a great vibe.  The whole experience of being in the village and surrounded by other athletes was amazing, then going on to win in the way we did was surreal.

Fran: My stand out netball experience would have to be the World Cup in Liverpool in 2019. As a young, less experienced player in the senior Roses squad I relished the opportunity to play the best in the world and represent my country on the biggest international stage. Not only did I learn so much from that experience but the support we had from our home fans was incredible. The chance to play at a home World Cup with my friends and family all able to support was special.

What advice would you give to young women getting into sports, and team sports?

Jodie: Sport will provide you with so many incredible moments. From meeting new people, to giving you so many valuable life lessons that you can use both in your chosen sport and beyond in your school, working or social life. These memories will last for you a lifetime so always remember to have fun and enjoy the journey.

Beth: Never be afraid or embarrassed to take part. No one is there to judge you, everyone is there to keep fit and have fun so give it a go and enjoy yourself.

Fran: Make sure you have fun! We all play sport because we enjoy it and so keep that at the heart of why you train and through all your games.

What is your favourite thing about playing a team sport?

Jodie: The family feel to the squad and sharing this journey with so many incredible ladies that share the same dream as you.

Beth: I love that you are all working together to achieve a common goal, that you get to make friends and have fun.

Fran: The best thing about playing a team sport is you get to do what you love with others who have

similar interests and share the same goal. Netball has definitely given me friends for life and we know each other so well-my team see me at my best and at my worst!

Looking for some more inspiration from empowering women in sports? We spoke to retired Olympic swimmer and Vitality Performance Champion, Lizzie Simmonds, about her successes, competing and how to encourage young athletes. 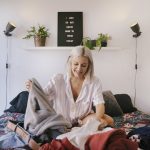 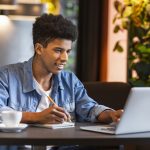