What’s the future for women’s sport? – with Sue Anstiss

As Britain’s shutdown began back in March, and live sport was halted, there was much talk that this could have a terrible impact on women’s sport, undoing all the incredible progress that had been made in the past ten years.

After the BBC’s ‘Change the Game’ campaign the broadcaster reported that over 45 million people had watched women’s sport across the summer, with major events including the FIFA women’s World Cup, Vitality Netball World Cup, World Athletics, Wimbledon, The Ashes and the Solheim Cup.

Viewing audiences had built throughout the Women’s World Cup, from 6.1 million for the opening game of England versus Scotland increasing to 11.7 million for the semi-final, making it the second most-watched BBC programme for the entire year.

What was most promising was that 42% of those viewing the BBC coverage of the Women’s World Cup said they’d never watched a women’s football game before. We were reaching a new audience for women’s sport and then bringing them back to watch more. This was reflected by the incredible opening attendances for the first games of the Barclays FA WSL season.

I was lucky enough to be at Stamford Bridge with 24,563 others to see Chelsea play Tottenham in the season opener in September. What an atmosphere it was too, with chanting fans, pyrotechnics and live music. It topped such a positive weekend for the women’s game, as 31,213 fans had gathered at the Etihad Stadium for the Manchester derby the day before.

A few weeks later, on Friday March 13, I headed down to the south coast, trying to squeeze in my three final interviews for that season of The Game Changers podcast. I only managed to record two that day. Sat in the stands in a socially distanced fashion to talk to Maggie Murphy, General Manager at Lewes FC Women and then across to Brighton to talk to Kelly Simmons, Head of the Professional Women’s Game at the FA. Kelly had spent most of that day in discussions about suspending the women’s leagues.

My meeting with Brighton Hove Albion manager Hope Powell was postponed at the last minute when the Amex Stadium, where they play, was closed to any outside guests that morning. The interview would have to be recorded remotely a few weeks later, along with all my future podcasts.

What followed in the coming weeks was certainly disappointing for women’s sport. Where money was found to continue the seasons for the Premier League, The FA WSL and Championship were terminated as it was deemed too expensive to put testing in place.

Similarly, in cricket, it felt like women were getting the short straw with tours and championships cancelled and at one point the potential for no live women’s cricket at all in 2020. The Netball Super League was suspended, as was the Premier 15’s, women’s rugby’s highest league.

But it wasn’t all darkness. In the USA the National Women’s Soccer League (NWSL) came back to play in front of record numbers and the WNBA had an extraordinary season, with record viewers up 68% on previous years.

The WNBA showed us the power of women’s sport with teams uniting to fight for social justice at every game. Players and the league showed huge bravery (and stamina) to pull off the entire season in one site at the IMG campus.

They used the league’s platform and the profile of its players to shine a light on important societal issues that urgently need to be resolved including justice, police brutality and inequality. Powerful stuff.

Here in the UK, things were also looking up.

Justine Rose and his wife Kate back the Rose Ladies Tour to ensure that British women had the chance to play competitive golf like the men.

The English and Wales Cricket Board (ECB) announced in June that 25 female cricketers would receive a regional retainer as part of a move to professionalise the women’s domestic game and that those who had been contracted to play in The Hundred, a new format of the game now postponed to the summer of 2021, would retain their contracts too.

I can only imagine how much work must have been going on behind the scenes at the ECB as ‘Women’s Big Cricket Month’ was launched in September, with high profile events including the Vitality IT20’s series against the West Indies and the Rachel Heyhoe Flint Trophy.

As women’s team sport began to return to our screens, it was clear that the audiences had been retained. Over two million people tuned in for the BBC women’s football show and over a million followed the England women’s T20 games against the West Indies.

With the NWSL season in the US cut short, we’ve seen a flurry of World Cup-winning US females joining English teams to play in the WSL. This should make for an incredibly exciting season for fans with the likes of Alex Morgan at Tottenham and Rose Lavelle at Manchester City. I particularly loved it when the sales of shirts with the names of Christen Press and Tobin Heath outsold any of the United male players in the first few days after the US players were signed.

Women’s sport needs investment. It’s something that’s been lacking for decades and explains why men’s sport is so far ahead in terms of media coverage and spectator numbers. It was great news therefore that the FA have agreed a deal that will see the Women’s Super League being broadcast in the US, Italy and Germany on NBC Sports and DAZN. Talks for a new British broadcaster as also in progress.

A further glimmer of hope for women’s sport this week will see the Vitality Roses playing netball against New Zealand after months of isolation and living and training in bubbles. Poor head coach Jess Thirlby couldn’t travel with the team having tested positive for COVID and will therefore be coaching the team from home in Bath. We wish them well.

While all is looking more positive, we still need to keep pushing for more coverage of women’s sport when it does return. It’s simply not enough to only have one match per round of the Premier 15s being broadcast each week. This is the highest level of women’s rugby in the UK and the only way fans can currently watch is on a live stream via the Allianz Premier 15’s website.

There’s minimal build-up, no on-screen graphics or captions, limited game analysis or camera angles, few replays, and you only get to see one game a week. You just won’t build a new fan base in this way. Just imagine the potential for the sport to grow if had some level of mainstream coverage on free to air TV across the BBC, ITV or Channel 4. Even tapping into a paid audience on Sky or BT Sport would help. And what of Amazon Prime or Netflix – always on the hunt for engaging content.

The public has been starved of any live sport for months, and here are incredible games taking place with some of the top female athletes in the country, and they are taking place behind closed doors with no cameras. Someone needs to be brave and make the investment. They’ll definitely reap the benefits.

The world’s a very different place for everyone right now. So many of us are all missing sport whether we’re fans, volunteers or participants. For women’s elite sport there was always a risk we would lose the huge gains made in the last decade, but with such positive news in recent months, I really hope that won’t be the case. The future for women’s sport is still so positive.

For more of Sue’s brilliant writing, check out her blog ‘If You Can’t See It, You Can’t Be It’ – The Power Of Role Models.

Sue Anstiss is host of The Game Changers podcast, which is an award-winning podcast with fearless, trailblazing women in sport. Sue is also a founding Trustee of The Women’s Sport Trust charity which is a national charity raising the visibility and increasing the impact of women’s sport.

Her book, ‘Game On: The Unstoppable Rise of Women’s Sport’ will be published in 2021 and is supported by Vitality. Find out more about Game On here. 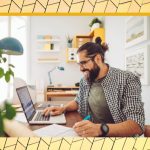 How to get your work motivation back, according to 5... Previous
6 Forms of Self-Care (That Aren’t Just Having a Bath) Next

How to stay positive and cope with any lockdown uncertainty

Battling The Stigma Of Getting Checked For Prostate Cancer: Allan’s Story