ASMR: What the heck is it?

ASMR videos, said to trigger brain tingles to help us relax, are seeing a meteoric rise on YouTube. Carole Beck asks the experts what it is and why the experience happens.

Ever felt a tingling sensation on your scalp when someone else brushes your hair? Or perhaps certain low noises give you tingles, for example the crinkling of pages being turned in a book or quiet whispering noises?

This is called autonomous sensory meridian response, or ASMR, and it’s billed as the next big thing to hit a relaxation class near you. But don’t switch off at the dull-sounding scientific name: Search ‘ASMR’ on YouTube and you’ll find millions of videos, with some reaching up to 40 million views. There are also podcasts galore and even live events allowing you to access the sensations on demand.

How does ASMR work?

ASMR is a sensory phenomenon experienced usually from childhood. A trigger – or combination of triggers – creates a cascade of gentle tingling and zinging from the scalp, down your spine to your limbs. The feeling is also accompanied by a sense of deep pleasure and relaxation – although ASMR is quite firmly not a sexual experience.

However, not all whispering or tapping sounds will trigger the tingles, first you need to be in a state of relaxation.

Does this brain response happen for everyone?

First discussed in 2007 during an online chat in a health forum, scientists still don’t know how many people have ASMR. “My guess is 40% of the global population – with 20% of those experiencing strong sensations,” says Dr Craig Richard, founder of the ASMR University and author of Brain Tingles.

What do scientists know about ASMR?

Scientists have proven not only that it exists, but also physiological changes in the body during ASMR, including a drop in heart rate by 3.14 beats per minute, which is similar to mindfulness or music therapy. There’s also an increase in sweating on the palms.

Beyond this, they’re still not clear how or why it happens, with more studies needed.

What are the benefits?

As well as the reduction in heart rate, ASMR seems to create a bond with the person triggering the sensation. You also feel calm and deeply relaxed during an episode.

Indeed, ASMR videos are often used as a relaxation tool, and a way to cope with stress, anxiety and insomnia.

Which theories are scientists investigating?

Scientists now know that people with ‘misophonia’ – an over-sensitivity to sound, for example to eating noises – are more likely to experience ASMR.  “Whether experiencing noise as infuriating (misophonia) or soothing (ASMR) depends on the context,” says Dr Giulia Poeri, psychologist at the University of Sheffield. “We want to explore whether people with ASMR are not just sensitive to sound, but more sensitive to the external world, too.”

Another theory is that ASMR triggers are a form of social grooming that encouraged us to bond with another. After all, you only experience ASMR when you’re relaxed and feeling safe. “From a survival perspective, babies need someone who protects them,” says Dr Richard. “So the brain may have learned to recognise certain behaviours, which are also ASMR triggers, as a sign the person is acting in a non-threatening, caring, helpful way towards us and respond accordingly.”

What’s the future for ASMR?

As people start discovering that ASMR is now mainstream, it can only grow as a phenomenon. “It’s becoming popular for the same reason that music is popular,” says Dr Poeri. “Because we enjoy it.”

Fans hope it will one day become an accepted relaxation or meditation technique as a treatment for stress, sleep and other issues.

In the meantime, you can try your own ASMR experience. Simply start with the huge numbers of videos on stress and sleep.

Want to learn more about meditation? Try our guide to meditating in just two minutes. 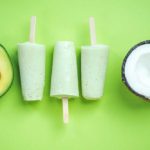 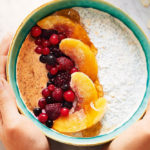 7 Surprising Ways To Look After Your Hearing

5 Quiet Activities That Are Surprisingly Good For Your Health