Tinned, Frozen or Fresh – Which Is Best? 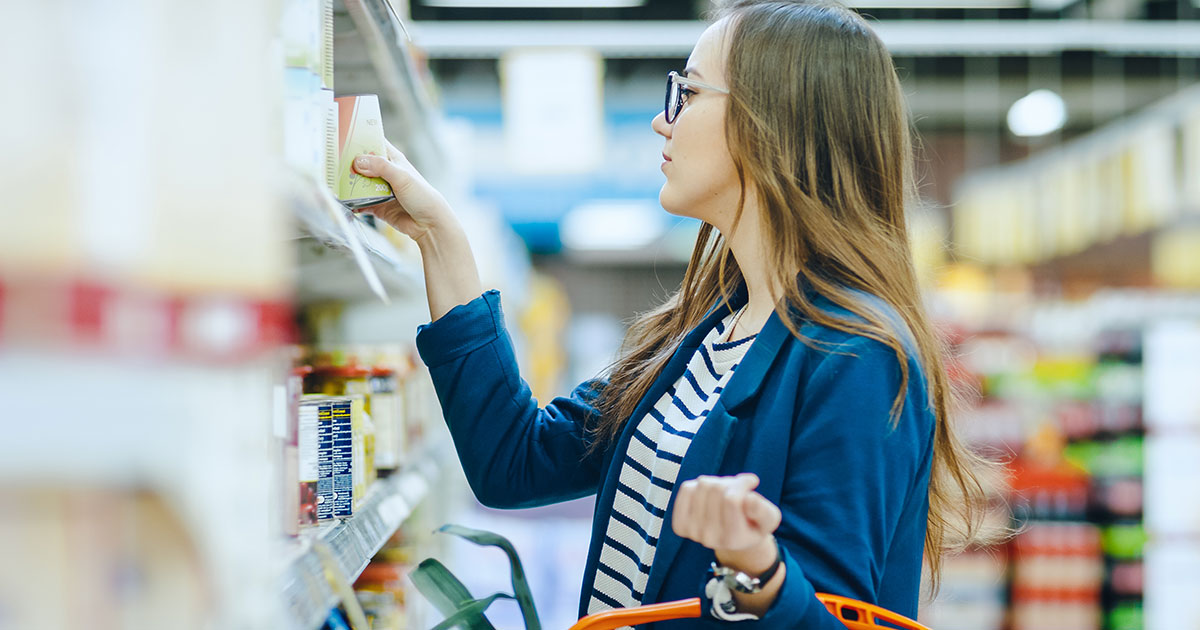 For a long time, many of us have assumed that when it comes to food, fresh is best. However, tinned and frozen foods are nutritionally great for us, they’re better on the pocket and do not spoil as quickly. Time to rethink the way we shop.

With a third of all food produced in the world going to waste each year, there’s no better time to amp up the amount of frozen and tinned food in your weekly shop. They can help us significantly cut back on produce waste, particularly when it comes to our veg. “Vegetables are typically shipped straight from the farm to processing facilities and frozen or canned within hours,” explains JoAnne Berkenkamp, who works for the food and agricultural program of the Natural Resources Defence Council in the US.

And with less processing and packing steps compared to fresh, they have a smaller carbon footprint. Frozen and tinned food can also be stored for longer so you’re also less likely to throw it out as often as fresh.

But the benefits don’t stop there…

Why exactly should we buy more frozen food?

The frozen food market has seen 5% growth year on year, and this is probably because shoppers are realising the benefits. Not only is frozen more convenient and often more affordable, but advances in flash-freezing technology also mean that it can be fresher than produce found in the vegetable aisle.

Is frozen healthier than fresh?

“Frozen fruit and vegetables can be better than fresh because they contain higher levels of vitamins and antioxidants,” says nutritional therapist Jenny Tomei. “When fresh food has been in storage or transit for weeks, it can gradually deteriorate. The nutrients found in leafy greens and fruit in particular can slowly decrease.”

Additionally, a study by the University of California concluded that nutritionally, frozen fruit and vegetables are on a par. “Overall, the frozen was as good as the fresh,” says study author professor Diane Barrett. “But most of the frozen fruits and veg had higher levels of vitamin E, for example.”

What exactly is flash freezing?

Flash freezing is rising in popularity and is a process whereby food is quickly frozen at extremely cold temperatures to eliminate the formation of ice crystals. The idea is that freezing this way retains more nutrients than regular freezing.

Ice crystals usually form in the temperature zone between 0 and -5°C, and the larger the ice crystals, the more damage is done to the cellular structure of the food. This can also result in significant water run-off and loss of taste and texture during defrosting. Therefore, flash freezing avoids this problem as food is frozen to below -5°C as soon as it is prepared or picked.

How do I get the same benefits of flash freezing at home?

Generally, at home people lack the equipment needed for real flash freezing. Tomei says that you can recreate the effect simply by freezing foods on a tray. “Lay the food out to maximise exposure in a home freezer and to help it freeze solid overnight. Keep the freezer relatively empty to ensure that air flows evenly over the food. Packing the food with ice can help to ensure that it freezes properly. Once frozen, bag the food in portions in freezer bags.”

And what about tinned food – can it be as good as fresh?

As the price of fresh food continues to rise, tinned food is also gaining in popularity. Sales rose for the first time in five years last year, up 0.6% year on year. Food writer-turned-chef Jack Monroe is soon to release her next cookbook, Tin Can Cook (out 30 May, Pan Macmillan), featuring 75 recipes, all from tins. She argues that cans shouldn’t be overlooked. Not only do they contain healthy and nutritious food but they also create less waste. You recycle tins more easily than plastic.

“There’s a lot of snobbery around tinned food but I want to lift the lid on it and show people you can make really good meals out of it,” she told The Telegraph. “It’s quite surprising, tinned potatoes are a really good source of vitamin C. Tinned sardines give you your full daily allowance of vitamin B12.”

What other tinned foods contain high levels of vitamins?

“I always have canned legumes, beans and chickpeas in my cupboard. I add them to stews or soups for an instant energy boost. Or to a chilli to make it heartier and more filling,” Tomei says. “Plus they contain plenty of fibre and nutrients such as manganese, potassium, selenium and folate.” She also recommends filling your cupboard with tinned tomatoes. “They are versatile, packed with vitamin C and are generally inexpensive.”

So there you have it, tinned and frozen foods are nutritious, budget friendly and help reduce our carbon footprint. Win-win-win! 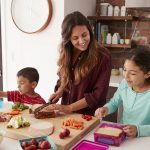 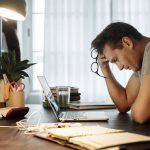