Postponing the Tokyo Olympic and Paralympic Games: The Impact on Elite Sport 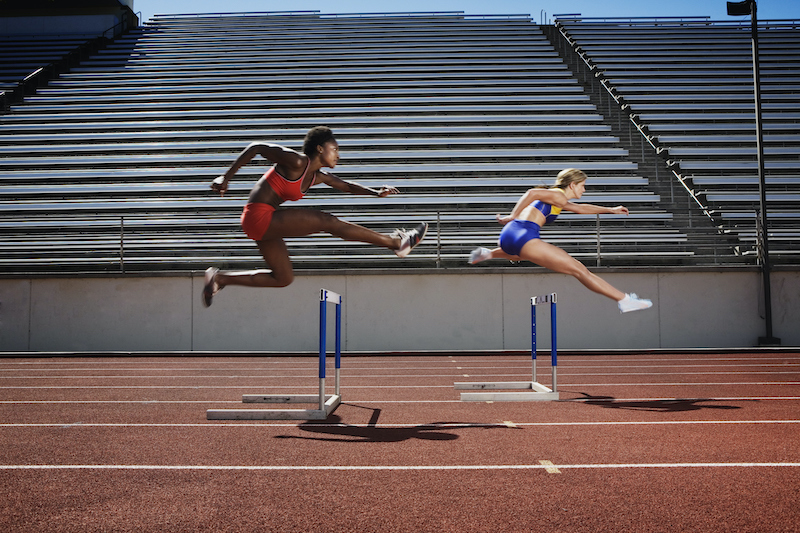 The COVID-19 pandemic has had an unprecedented impact on the world of elite sport, but it has been particularly challenging for athletes who compete in Olympic and Paralympic sports. Whilst events such as Wimbledon and Champions League give competitors the opportunity to battle for victory every year, the Olympic and Paralympic Games sit in a quadrennial cycle, offering just one opportunity to shine every four years.

By the time the pandemic really took hold here in the UK, athletes across the country were in the midst of selection season, fine tuning training and competition plans, ready to step up and perform for their place on Team GB. But as countries across the world submitted to strict lockdowns, the pressure began to mount on the International Olympic and Paralympic Committees, who eventually announced that both Games would be postponed by one year.

The news came as a blow to those preparing to compete in Tokyo, and to the fans and spectators hoping to be inspired by a summer of athletic achievement. Fortunately, new dates have been set for 2021, and every effort is being made to ensure those Games are a success. Alongside the celebration of different cultures and backgrounds, the Olympics and Paralympics play a hugely important part in raising the profile of women’s sport across the globe—Tokyo was set to be the most gender balanced Games in history, an aspiration which can hopefully still be achieved next year.

Below are some of the key challenges that elite sport has faced over the past few months, and the ways in which the nation’s athletes have adapted to this extraordinary time, inspiring others in the process.

Stroke of luck or stroke of misfortune?

The decision to delay the Olympic Games this summer was a shock to the sporting world, but the news may have actually come as a relief to some athletes. Those battling injury will no doubt find the extra time to recover a blessing, and young athletes, who weren’t quite ready to make their mark, now have an extra year to prepare for the big stage.

For others, the postponement will be more difficult to process. Some athletes will have been working for four years for their moment in the spotlight this summer, and another year will feel like an unbearably long addition to the wait. There is also usually a cohort who plan to retire after a major Games and an extra year could prove testing, both physically and mentally.

People in wider society have also had mixed reactions to the events of this year. Some have found restrictions of lockdown to be a welcome break to hectic lifestyles and an opportunity to spend more time with their family. Others have found the summer challenging and the uncertainty unnerving. Some industries have seen increased demand, whilst others have struggled to stay afloat. Whatever your experience over the last few months, this has been an unprecedented period for all, testing our resilience and highlighting the importance of prioritising our physical and mental wellbeing.

For most people, the first few weeks of lockdown were a little surreal. This feeling was shared by the athlete community, particularly those who were rested and ready to compete. It’s hard to imagine the mental impact on competitors who, in the physical shape of their lives, became effectively housebound overnight (bar one permitted daily trip to the supermarket!) No opportunity to realise their sporting potential this season. No chance to see four years of hard training pay off. No possibility to contest for victory on the world stage. 2020—a year of great sporting feats that would never materialise.

Yet athletes across the world responded to the circumstances around the Olympic Games and demonstrated just why they have a reputation for being resilient. Whilst I don’t doubt there was a significant amount of frustration at the anticlimactic turn of events, and grief at the loss of a year of dreams, it’s been inspirational to see athletes adapt mentally to the sudden shift in events. Hashtags switched seamlessly from #Tokyo2020 to #Tokyo2021 and it seemed like many athletes followed suit with the reapplication of their goals.

The ability to adapt has not been limited to sport; most people have been required to adjust schedules, ways of working, communication methods and travel routines. Although challenging, this pandemic has shown most of us just how capable we are at responding and adapting positively to change.

The three-month lockdown brought a new set of practical challenges to sportspeople. With facilities closed, and zero physical contact allowed with teammates or coaches, sportswomen and men, like the rest of the nation, were expected to work out at home.

Whilst anyone with an existing home gym or Watt bike had an initial advantage, the others weren’t far behind. Over the course of this lockdown period we’ve seen an ingenious assortment of home training arrangements including gymnasts doing upper body strength work using the beams of a horse stable, and swimmers having ‘endless’ pools (water tanks with a powered jet to swim against) craned into their gardens!

This creative approach to training had a knock-on effect as athletes shared their lockdown journeys online, running live PE lessons, yoga classes and HIIT workouts for all to join in. It’s been amazing to see athletes connecting with their audiences across different channels, inspiring the nation to work out and get fit at home. This encouragement to become more active has brought those with a love of health and fitness closer as a community and has given many families the confidence to build new healthy living habits permanently into their routine.

As in most industries, communication between sports teams had to migrate to a virtual space during lockdown. Many athletes have been training ‘together’ through video conferencing platforms this summer, with coaches and performance staff leading sessions, adjusting technique and giving encouragement behind respective screens. This was certainly no replacement for in-person sessions, but it went a long way to maintain the important sense of purpose and direction, giving teams a head start going into the new season. Social check-ins have been just as important as physical ones and supporting mental wellbeing has also been key as teams navigate these uncertain times together.

Of course, connecting through lockdown didn’t stop with athletes—one of the most positive outcomes of this crisis has been the way people all across society have found creative ways to connect and care for each other whilst being physically separated.

Looking ahead at the Olympic Games

Most elite athletes have returned to some form of official training (albeit under strict social distancing rules and restrictions), but there still remain a lot of unknowns in the world of sport. The ability to ensure the safety and security of thousands of multi-national athletes and spectators next year is largely dependent on the mutation of the virus over time and, hopefully, the arrival of a vaccine that is accessible to all. What is certain, is that if the Olympics and Paralympics do go ahead next year, they will be one of the greatest shows of unity and humanity seen in recent times.

For those who are missing the excitement that the sporting calendar usually brings, let’s continue to be inspired by the athletes striving for success, and continue to challenge ourselves in our own health and wellbeing journeys. Another year to wait before we get to enjoy the planet’s greatest show of athletic endeavour, but sport will be back, and it will be as great as ever.

Throughout September we’re highlighting the importance of women in sport through different campaigns. Keeping women active and healthy is of high importance, but many factors can affect that. We are encouraging women to prioritise their health and find time to get active, even if that’s just a little bit everyday. Looking for a way to workout? We have some ways you can swap your exercises if you’ve found yourself in a bit of a rut. 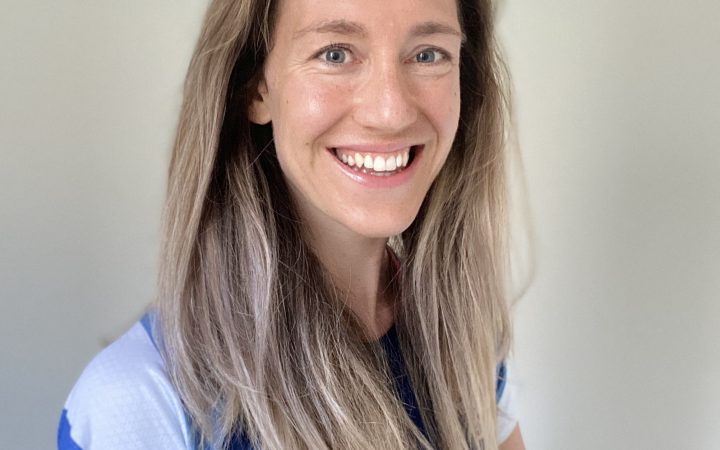 Lizzie enjoyed a long career as an international swimmer, securing medals at Commonwealth, European and World Championship level. She also competed for Team GB at two Olympic Games, Beijing in 2008 and London in 2012, where she finished sixth and fourth respectively. She retired from professional competition in 2018, but still holds influence within the sporting sphere, supporting fellow elite athletes throughout and beyond their sporting careers.

Lizzie is also passionate about health and wellbeing and is one of Vitality’s Performance Champions, delivering motivational talks and workshops, and inspiring people across the nation to get active and healthy. 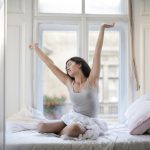