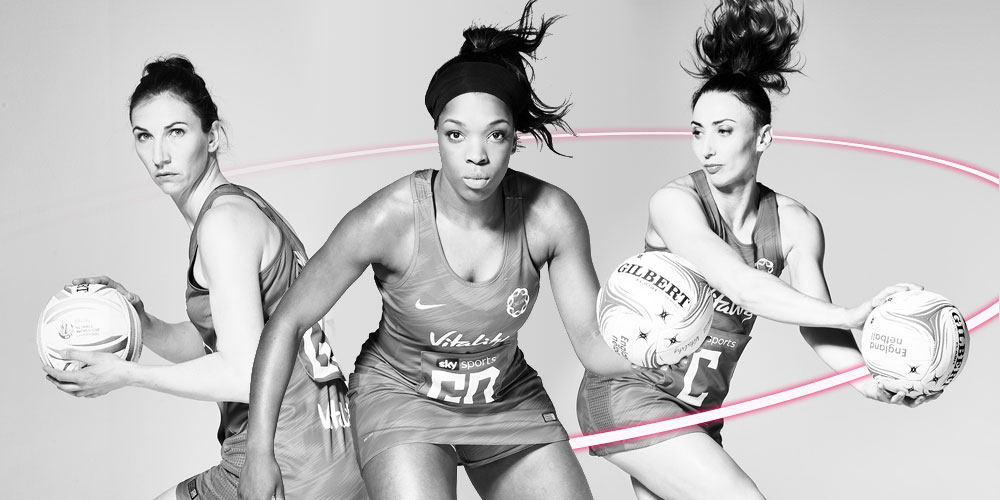 We talk to some of the players, who reveal how they and their sport are reaping benefits following on from their recent success.

“THIS ISN’T A ‘SCHOOLGIRL SPORT’ – NETBALL IS SERIOUS ”

I’ve been a member of the England set-up since 2002, so I’m in the latter stages of my netball career. I want to be one of the oldest players to make history at this Vitality World Cup – that’s my goal this summer. I think about Dame Kelly Holmes winning two Olympic gold medals at the age of 34 and that really inspires me.

There are so many changes in sport right now. One of the most positive of these is that netball is enjoying a boom in popularity. My dream is for the media to give equal coverage to male and female sports. We are moving in the right direction on that. When I think about all the girls and young women who look up to us, it’s the best feeling.

My coaches have helped to shape my career. The great ones are confidantes – they really want you to do your best. The best coaching advice I’ve received is that instead of seeding doubt in your mind, ask yourself: ‘What if I’m great?’ That is now my mantra.

Netball has been transformational for me. I was always shy, but this sport has given me a place to go where I feel confident. It’s such a social activity – you can escape everything else in life and have fun. Our team have formed such special bonds, which will stay with us for life.

“The different positions in netball have their own strengths: shooters deal with all the pressure, mid-court players are runners and defenders need to be aggressive. Each player has a vital role to play – and there’s nothing better than a close game.

“The best reward for me after a tough match or training session is food. I eat loads of carbohydrates, protein and vegetables. A typical post-training meal would be lasagne, chilli or gnocchi with chicken. The more I eat, the better I feel.

Jade is loving…“House music. It gets me in the groove before I play. I also love the Pete Tong or Annie Mac shows on Radio 1 for long drives.”

“WIN TOGETHER, LOSE TOGETHER” 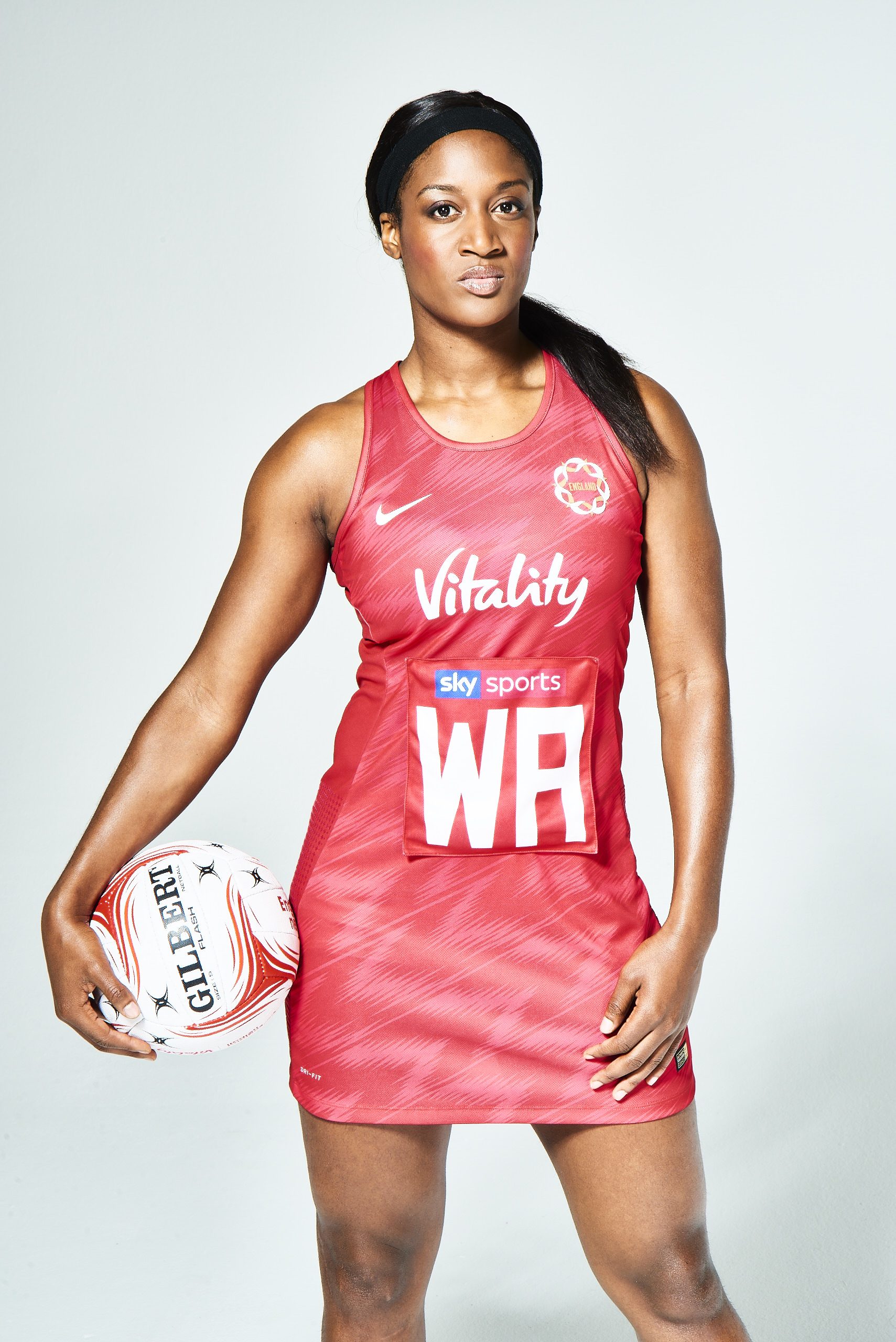 Interest in netball has rocketed. Matches weren’t televised when I was young, but today netball as a sport is visible – and that’s exciting. I still can’t believe that I’m a full-time professional athlete in netball. That simply wouldn’t have been possible 10 years ago.

My mum was my sporting inspiration. When she played netball in the park, it made her so happy that it inspired me to start. These days, girls as young as four or five are taking up the sport. A new generation is getting pumped to play the game. It feels wonderful to play a part in inspiring them.

I’d love to see more people coming to watch netball. Fast action, jumping, turning, shots from long distance – the physicality is thrilling. My advice for spectators is not to always focus on the ball. Look around the court and see what happens when players don’t have the ball in their hands, because that’s where some of the magic happens.

This game comes with so many highs. In 2013 we played a test match against Australia at Wembley Arena and beat them for the second time. It was electrifying – and a turning point for the England team. Since then, we’ve had the absolute belief that we can do it again.

Our team ethos and camaraderie give me a sense of purpose. I love athletics but I don’t enjoy competing solo. I like being part of something bigger: win together, lose together, learn together and celebrate together.

Sasha is loving… “Anything hip-hop and R&B. But my absolute favourite is Beyoncé – she is epic.”

“IT’S TIME TO BE FEARLESS AND COURAGEOUS”

My greatest sporting moment, bar none, was winning gold at the 2018 Commonwealth Games in Australia. It was a dream come true. But we wait until the season ends to celebrate – indulgences such as pizza and alcohol are treats to enjoy at appropriate times.

The Vitality Roses are my family. We’ve worked together towards this moment and travelled the world as a unit. Teamwork, resilience, emotional intelligence and understanding how to get the best out of each other (and become a better person in the process) are all skills that you use through life.

I started playing netball at school and in the community. During the summer holidays I suddenly sprang up in height. At 6ft 1in, I’m one of the smallest defenders in the sport (they’re usually 6ft 4in), but I’m very strong. One of my first coaches, Eunice Smith, a former England player, saw something in me and put me through to county netball. The sport has been part of my life ever since. It led me to live and play in Australia for four years.

That’s not to say success hasn’t come without its challenges. In 2005, for instance, I had a terrible knee injury, which put me out of action for nearly six months. The stronger your core, the less susceptible you are to injury, so I now practise both yoga and reformer Pilates.

“When I think about the future of women’s sport, I want the big personalities in the worlds of netball and tennis, for example, to become role models for the next generation of girls. Tracey Neville – our coach – is an utter inspiration. Her incredible leadership style helped to drive England to Commonwealth gold. I’m also a huge fan of Serena Williams. She has the same body shape as mine and she’s become such a successful athlete from humble beginnings – a true charismatic champion.

“Off the court, I’m a solicitor (I studied at the University of Bristol). It can definitely be challenging to manage my netball and my day job, but I love what I do. I am driven and determined – I’ve never known anything different.”

Eboni is loving… “Tyga, Katy Perry and The Greatest Showman. I love feel-good music. For relaxing, I listen to Netball Nation – it’s a fun and witty podcast.”

“PLAYERS CAN BE ANY SHAPE OR SIZE” 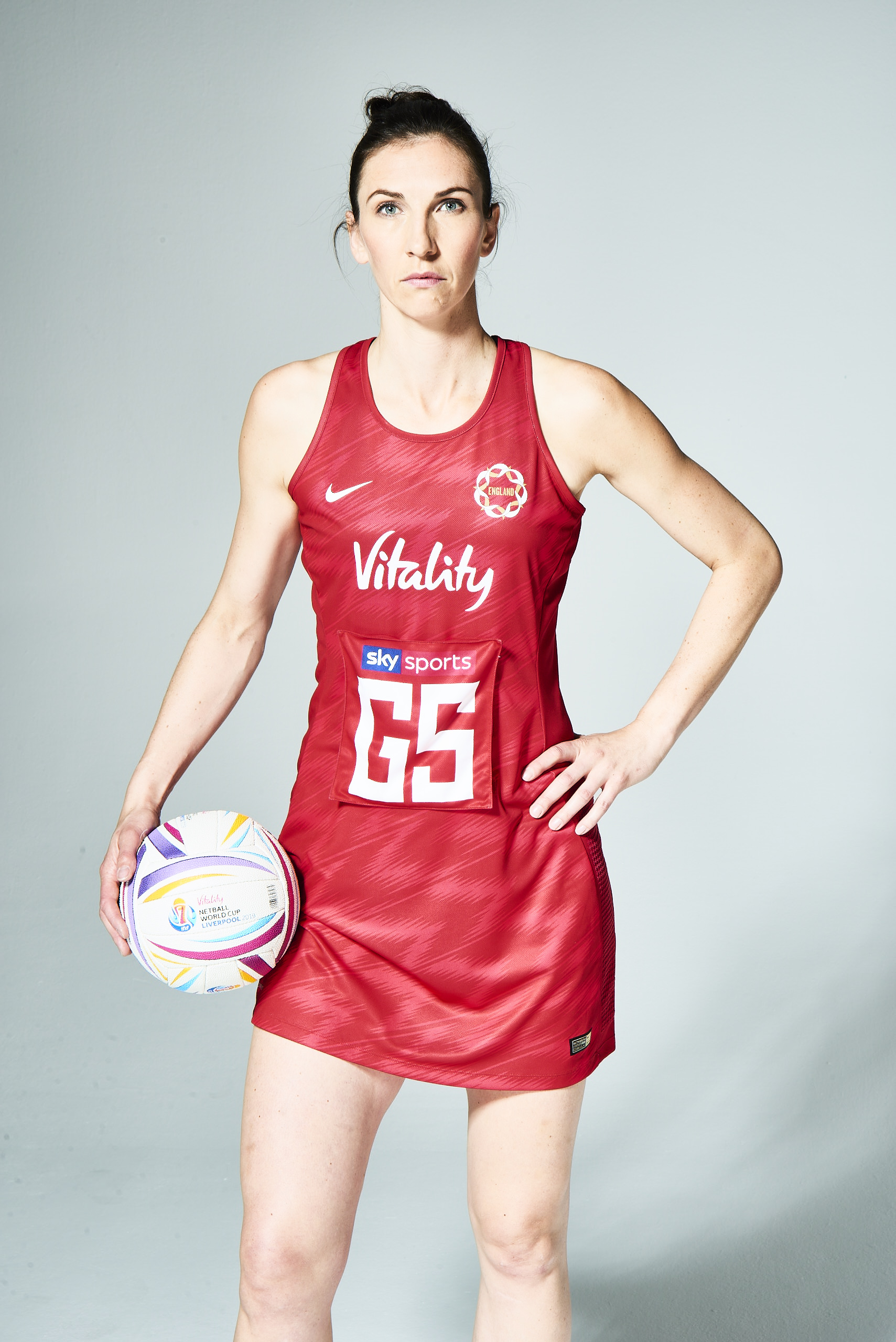 I work as a biochemist in a genetics laboratory. It wasn’t an option to be a professional netball player until a couple of years ago, so I’ve worked outside the sport ever since I left university.

Netball has made my life so much busier. I need to be organised for each challenge and I also need downtime to rest, but playing this sport is actually beneficial to my work.

I didn’t watch my first international netball match until I was 18. Becoming a player at the elite level and winning my first England cap, in 2004, has been an incredible journey for me. When I started my international career 15 years ago, we used to play in sports halls in front of hundreds of spectators. Now we’re watched by thousands in stadiums.

This sport has taken me around the world. I’ve played in India, Jamaica, Australia, Fiji, Singapore and South Africa. Experiencing these different cultures and their various approaches to women’s sport has been an honour.

A sport for all

You can be any shape or size to play netball. That’s the main message I want to pass on to aspiring players. Our team is made up of women of all ages and, particularly at grassroots level, you don’t need to be really athletic to have fun on the court. Height is an advantage in a professional shooter role, though!

My sporting heroine is heptathlete Denise Lewis. She showed that dedicated training and old-fashioned hard work really do pay off.

To wind down, I head outdoors. I’m a keen cyclist and I love walking and camping. I’m also a qualified scuba diver, so I’d love to take my next holiday in the Caribbean.

Rachel is loving… When it comes to feel-good tunes, mine is Whitney Houston’s I Wanna Dance with Somebody. I love it – who doesn’t?

England’s national side are third in the International Netball Federation ranking, behind Australia and Jamaica. Having won silver and several bronze medals at World Cups, they struck gold at the 2018 Commonwealth Games in Australia, pipping the hosts 51-52 in a pulsating final.

Did you know that for every 100 goals scored in the Vitality Netball World Cup, we committed to fund one person to get their Level 1 Netball UK Coaching Certificate?

We’re thrilled to announce that 11,367 goals were scored so we’ll be funding 114 coaching certificates.

If you’d like to a chance to help build a rising future for the sport, join our #WeAreRising movement.

How to Stay Healthy While Travelling Previous
What Are The Real Benefits Of Playing Sport? Next 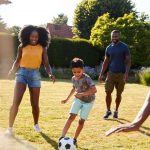 What Are The Real Benefits Of Playing Sport?

Arsenal’s Colin Lewin on how to get back into football