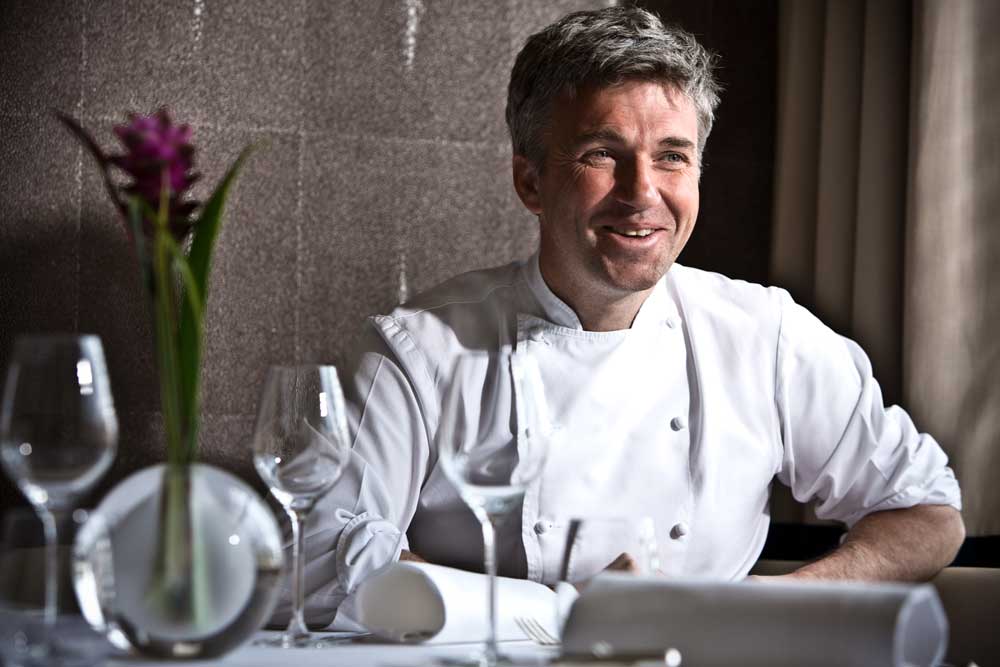 Martin Wishart trained under many masters of classical French cuisine before returning to his native Edinburgh, where he earned the city its first Michelin star in 2001. We spoke to him about his style of cooking and healthy food shortcuts.

From Albert Roux and Michel Roux Jr to Marco Pierre White, Edinburgh-born Martin Wishart trained with the best of them. His hard work paid off as he earned the city its first Michelin star in 2001 for Restaurant Martin Wishart. Overlooking the water in Leith, the restaurant is just one of Martin’s ventures showcasing his passion for seasonal produce and establishing him as one of the UK’s most highly respected chefs.

How would you like people to describe your cuisine?
My style of cooking is very seasonal, using a lot of local ingredients with a strong emphasis on seafood. We’re always refining the menu so that we’re using produce when it’s in the peak of the season. We have three separate six-course tasting menus; traditional fish and meat, seafood and crustaceans and a vegetarian menu, plus the à la carte.

Any food trends should we be looking out for?
I think we’re going to see a move back to the more traditional, old-fashioned techniques and methods of cooking that our parents used to use – keeping things simple and speedy but still healthy and delicious.

What are your personal health goals?
I’d like to get into running again. A couple of years ago I did a half marathon – I started off by doing just 3km and gradually built it up over time. I might even do another half marathon.

Which food reminds you of your childhood?
My family is from the Shetland Islands so a lot of what my mum cooked was locally sourced. The food was simple, so things like mince and tatties, stews and soups.

Who were your food influencers?
I remember being as young as seven and helping my mum and gran in the kitchen making things like gingerbread and rock buns. That really ignited my passion for food. After that, the first chef I ever worked for when I was 15 showed me how to adapt into a work environment and become part of a team. Albert Roux, Michel Roux Jr and Marco Pierre White all inspired me with the work they do with their teams and their vast knowledge, too.

Which food sums up happiness for you?
I’m a big fan of seafood, especially the seafood we get around Scotland. A big bowl of mussels is hard to beat.

What’s for Sunday lunch at your house?
It varies. We often do carrot wedges, cucumber and white radish with a little lime juice and some mild chilli to start. We’ll then have a traditional roast beef or roast a chicken and have it with a salad.

What’s your guilty pleasure?
At the moment it’s Reypenaer, which is an aged Gouda.

How do you deal with the stresses of a busy kitchen?
I often do a split shift so I pop home at lunchtime, get some fresh air and take Max, our 15-year-old Jack Russell, out for a walk. I find a bit of fresh air always helps alleviate stress.

How do you wind down at the end of a busy day?
After doing the dinner service, I go home and put my feet up with a cup of tea, while catching up with my wife. I’d hate to go back to a quiet house.

What’s been your most memorable meal?
It was my first trip to Mexico, where my wife Cecile was born. We were in Puerto Escondido in a very simple restaurant shack on the beach. The woman behind the counter brought me out the most superb red snapper that had been caught that morning and served it with tortillas and freshly made salsa.

How do you balance healthy food with treats?
For me, it’s all about having balance. Enjoy a healthy diet with lots of lean meat, fish and fresh fruit and veg, but don’t neglect the foods you love – whether that’s a doughnut or a nice piece of cheese – because those things are great too. 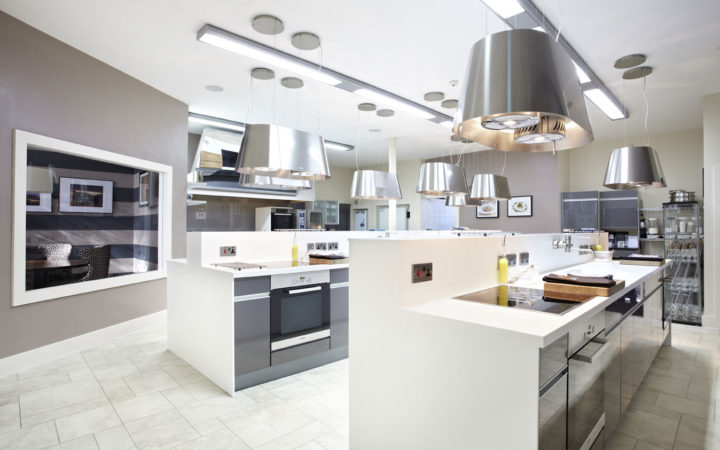 The kitchen at Restaurant Martin Wishart

Do you have any healthy tips or shortcuts to share?
Creating sauces using juiced vegetables such as cucumber or smoked celeriac is a great way to experiment with different dishes and is a lot healthier than making sauces using lots of butter and olive oil.

What’s your favourite all-time recipe?
One of my favourite things to eat is a traditional dish from the Shetlands called tattie soup with reestit mutton. It’s very warming and nutritious and it reminds me of my past.

What’s the one kitchen gadget you couldn’t live without?
My pasta machine. It’s not a standard one – it’s a bit more heavy duty, so you can roll the pasta really thin.

Any foodie programmes you regularly tune into?
I don’t really watch that much TV now, but growing up I used to watch Keith Floyd all the time – he was part of my inspiration to get into cooking.

Avo or eggs – which would you choose on toast?
Poached eggs. Toasted sourdough, spinach, olive oil, lemon juice – and a slice of avocado!

Is there a foodie culture you especially love?
My wife’s family is French so we go to Normandy every year. There’s always a Saturday market on. Everything revolves around food, so you can never go very far because you have to be back for lunch.

What’s your desert island ingredient?
Mango. I love mango. It wouldn’t perish in the sand and they’re pretty tasty!

What do you think about the clean eating movement?
It’s interesting. If it inspires people to cook with seasonal and fresh ingredients, great.

What does working with Vitality mean to you?
The core message of living and eating healthily is something I’m interested in for myself and my family. We try to channel a lot of that into our menu, especially in spring and summer with lighter dishes. 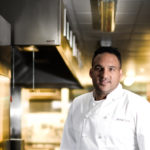