Is Loneliness The Next Pandemic? 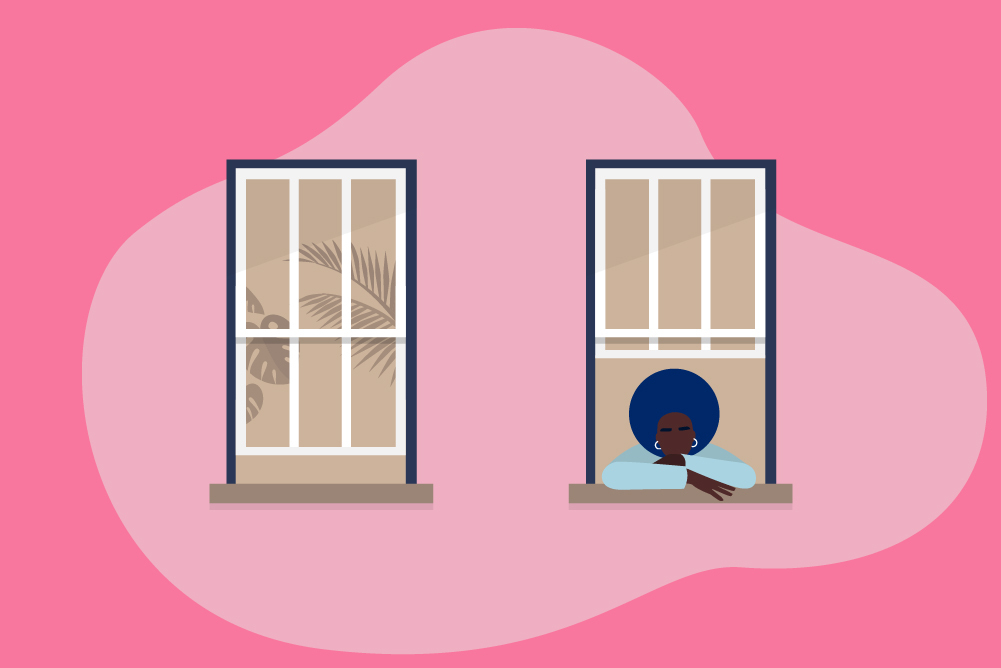 Covid has affected our physical health as well as our mental wellbeing. But just how much of an impact has lockdown loneliness really had?

Lockdown 3.0 has been a lesson in survival, not only physical (hello, running in the dark and freezing cold) but also mental as, once again, we’ve been cut off from spending time with the ones we love. And while this is bound to leave us all feeling a little blue from time to time, for almost a quarter of the UK population, it’s causing a silent killer: loneliness. 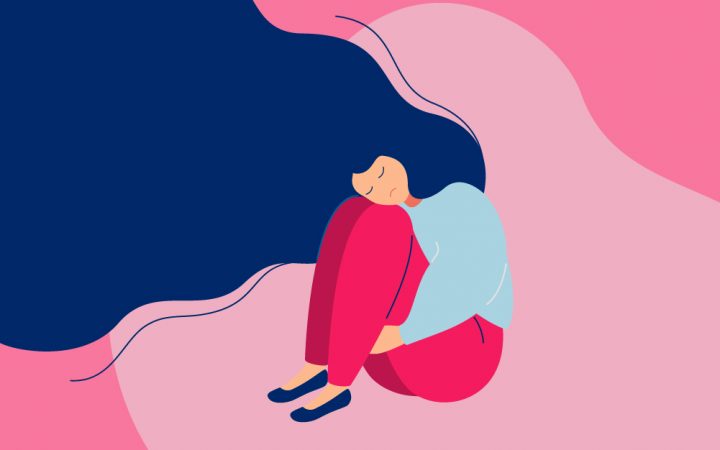 Are you feeling lonely?

First of all, let’s get one thing straight – loneliness isn’t the same thing as solitude. According to Professor Aneta Tunariu, Dean of the School of Psychology at the University of East London, ‘Loneliness is best defined as an intense sense of perceived isolation.’ So just because you are alone, it doesn’t necessarily mean you are lonely, and vice versa – it’s perfectly possible to still feel lonely when you’re surrounded by people.

Of course, it’s perfectly normal to feel lonely from time to time, but if those glum feelings start happening regularly, it can be cause for concern. Leave it unaddressed for a prolonged period and loneliness becomes chronic, a situation that can lead to serious mental health issues. ‘We’re not designed to tolerate loneliness for a long period of time,’ explains Professor Tunariu. ‘The biggest threat is that of low mood, which may eventually lead to social dysfunctioning, including low productivity, low creativity and low optimism, as well as increased self-criticism, anxiety and depression.’ 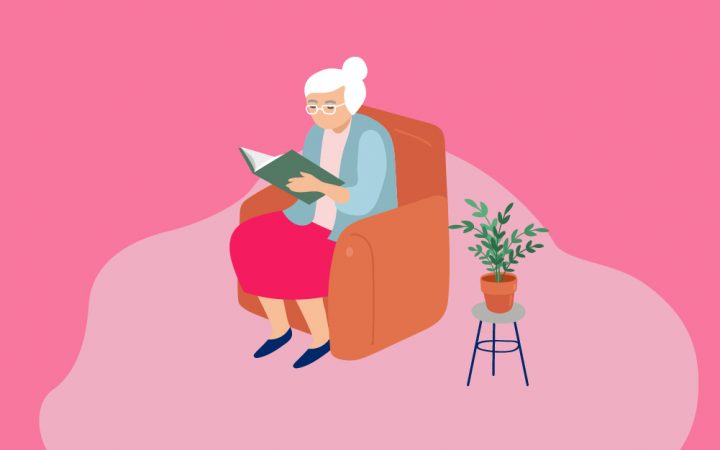 The danger of isolation

Studies have shown that, in terms of negative impact, feeling lonely can be just as bad for your health as smoking 15 cigarettes a day. In fact, it’s even worse for you than obesity, thanks to its proven links with an increased risk of high blood pressure, heart disease, stroke, cognitive decline and dementia. No wonder, then, that it’s being labelled as a public health issue in its own right.

It comes as no surprise to learn that lockdown has made society’s problems regarding loneliness a whole lot worse. While 10% of adults here in the UK stated that they felt lonely back in March 2020, research from the Mental Health Foundation found that rose to 24% by the beginning of April – a clear illustration of how drastically lockdown was affecting our mental health. 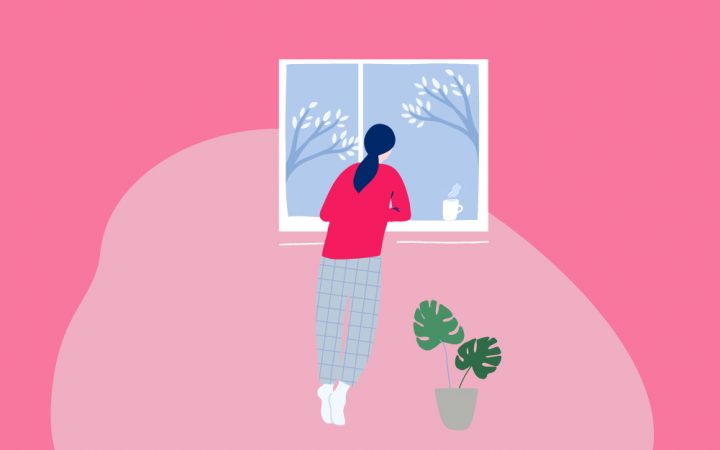 The state of the nation

And while loneliness is sadly common among the elderly, the study found that lockdown had a disproportionately negative effect on the mental health of young people. In fact, four in ten people aged 18-24 said they had felt lonely because of the pandemic.

For a generation better connected than any other, thanks to social media, this might sound surprising, but one YouGov study pointed to the fact that many would be experiencing isolating challenges such as moving away from home and starting university at this time in their life. After all, being surrounded by peers doesn’t necessarily stop you feeling lonely.

Consider, as well, that for many of us this third lockdown has been a lot harder. One study from King’s College London found that one in four of us have found this lockdown much tougher, with 44% blaming bad weather (seasonally affected disorder, we’re looking at you) and 42% saying they feel worn out by the crisis. Meanwhile, lack of freedom, boredom and hopelessness have been significant factors, too.

With increasing numbers of street-centric WhatsApp groups as well as users of neighbourhood connection app Nextdoor, we’re more connected with our local communities than ever before. Dr Julian Abel agrees that these kinds of connections will play an important role if we’re going to tackle loneliness. In fact, his book, The Compassion Project: A case for hope & human kindness from the town that beat loneliness, is a perfect example of the way in which neighbourliness can help combat this issue.

The book centres on the Somerset market town of Frome, where the local health centre created a system that not only provided conversation to the socially isolated, but helped put people in touch with community groups offering everything from practical support (think grocery shopping, cooking and cleaning) to socially engaging activities like choirs, walking groups, craft clubs and talking cafés.

While it might not sound radical, the initiative led to a 15% fall in emergency hospital admissions since it began in 2013. And while those figures inevitably rose during the pandemic, they meant Frome’s residents were better prepared to weather lockdown-induced loneliness. 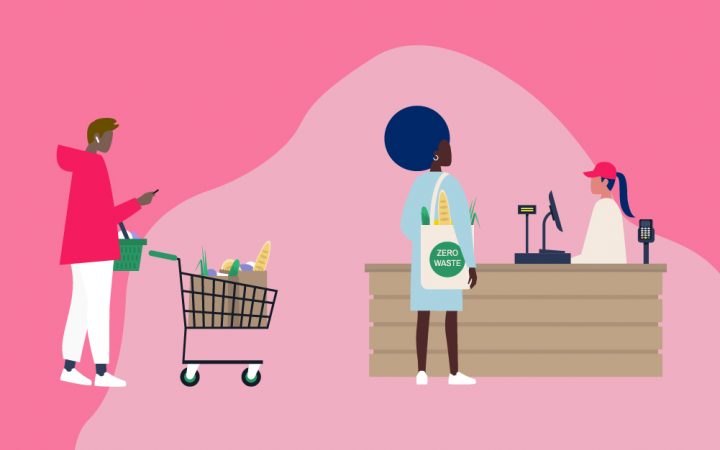 It’s important to remember that a cheery hello to a neighbour or a chat with the checkout assistant at the supermarket won’t necessarily solve the problem if you’re feeling lonely. ‘Simply increasing the amount of contact won’t particularly help with loneliness,’ explains Sonia Johnson, Professor of Social and Community Psychiatry at UCL. ‘Instead, you need to make positive, meaningful connections that help people feel they belong.’

Her answer, then, to addressing loneliness? Joining a social group of some kind, whether that’s the local football team, book club or amateur art class when we are able to. ‘On the whole, people seem to be less lonely, not so much through individual connections, but more through belonging in groups,’ says Professor Johnson.

There’s no doubt that the pandemic has made joining a lot of these groups tricky. But one of the best socially distant ways to take part? Volunteering. Not only will it broaden your own social group, but it will help those people left vulnerable from the pandemic, too. Take Re-engage, for example, a charity that connects isolated elderly people with a companion who can provide friendship over the phone. They found that 89% of their volunteers said they feel happier as a result of being involved.

Clearly, the benefits work both ways and, with a little effort, we can make sure these positive impacts last beyond the pandemic and are here to stay.

Are you or is someone you know finding isolation particularly tough? If you’re after practical ways to tackle loneliness, check out our blog, 7 ways to combat loneliness.

As a Vitality member, you could get 30% off an annual subscription with Headspace. Plus, earn Vitality points from other mindfulness apps. Available with eligible health insurance, life insurance and investments plans. Log in to Member Zone for the details. 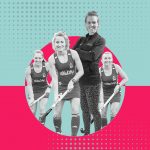 Things You'll Only Know If You're On The GB Women's Hockey... Previous
Staying Active Through Pregnancy: Retired Hockey Player... Next