How To Correctly Perform a… Plank 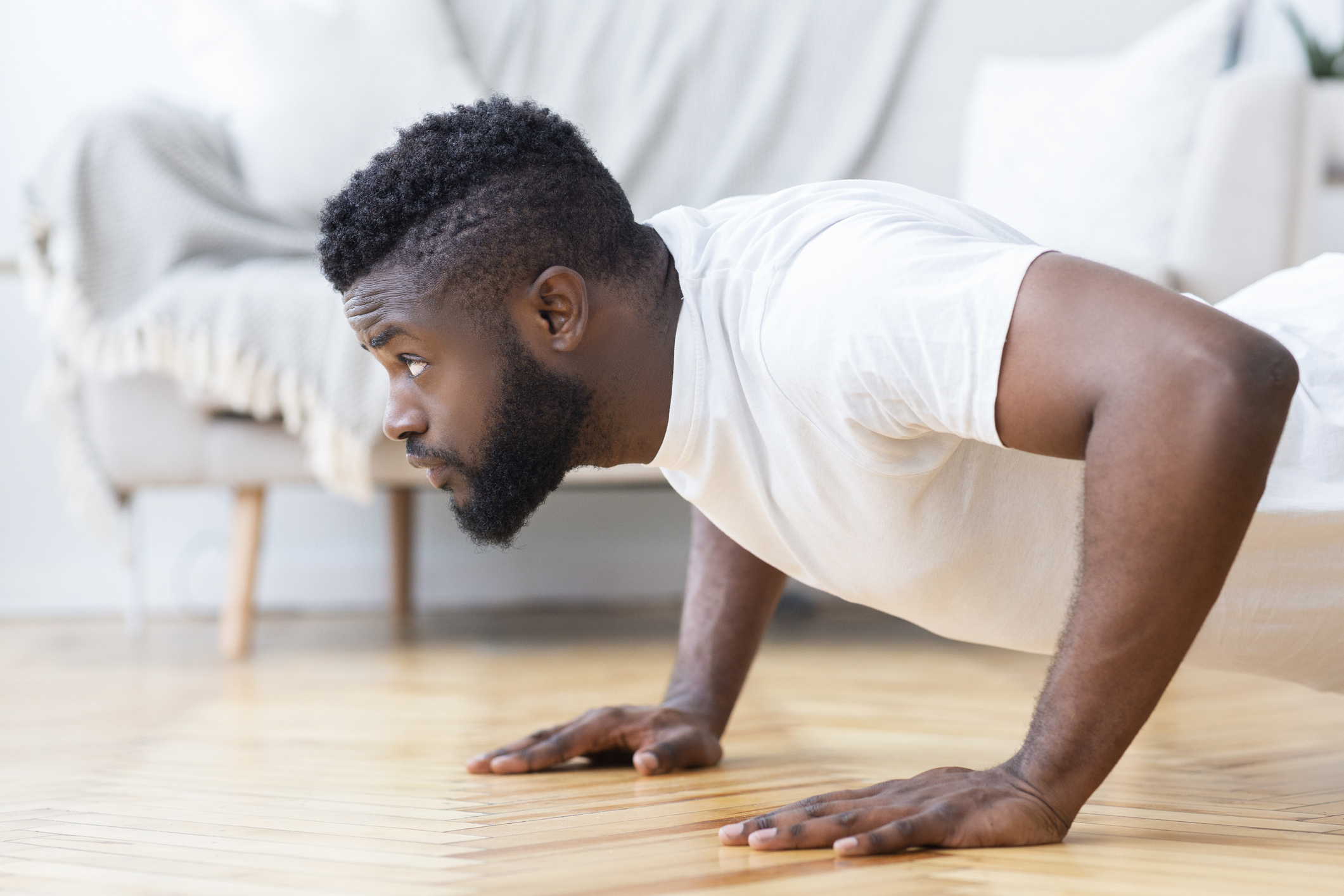 The plank is a simple, static exercise that uses bodyweight to strengthen your core. Planking is commonly practiced in yoga and pilates, but can also be included in cardio or strength workouts to help train your core. It’s also a great exercise to do at home.

We asked Senior Physiotherapist, Beverley Gorbutt from Ascenti for her expert advice on how to perform the plank with correct form, and common mistakes to watch out for.

It’s a good idea to start with a ¾ plank, as getting the positioning right with your knees on the floor will help you to maintain the correct position when moving to full plank.

To set up your ¾ plank correctly, position your body face down on the floor with your elbows directly under your shoulders supporting your upper body, and your knees supporting your lower body with your legs extended behind and your feet hip distance apart.

Brace your core and keep a long, neutral spine, with your chin tucked slightly to ensure your neck is relaxed.

To progress into full plank, lift one knee at a time so that both legs are straight with your lower bodyweight supported by your toes.

Make sure you maintain the same alignment with hips at shoulder height. To do this, try imagining a long stick resting on the back of your head, down between the shoulder blades and towards the tail bone.

Try to stay aware of the position your body is in, and check that fatigue isn’t causing you to lose the correct form. It’s important that you consistently keep the right form, as the plank won’t be as effective if you are in the wrong position, and this could even lead to pain or injury.

It’s also important to remember to breathe normally throughout.

Often people will have their hips raised too high, which indicates weak core muscles and a lack of proprioception or body awareness. If this happens, focus on holding your core strong and keeping your hips at shoulder height.

Conversely, another way the plank can be performed incorrectly is by the hips and lower back collapsing downwards. This suggests that the core is not being properly engaged as the core needs to be braced in order for the correct position to be held.

This is very common and tends to happen when the body is fatigued. Watch out for your hips sinking too low if you have been holding the plank for a while, or if you are doing the plank at the end of a workout when you are likely to be tired.

A third common mistake is the rounding of the upper back, which is usually caused by over-protracted shoulders and poor posture. It’s important to keep the spine long and neutral, so try to be mindful not to arch it.

While the plank is mainly an exercise to strengthen your core, doing it incorrectly can actually affect most of your major joints, and poor plank form is most likely to lead to lower back or shoulder pain.

Once you get used to performing the plank correctly, it will be easier to notice yourself slipping into an incorrect position due to fatigue. The key points to remember are keeping your core engaged with your hips at shoulder height.

Ready to get planking at home and work those core muscles? Incorporate the plank and these other core exercises into your workout routine!

How To Improve Your Sleep Quality Previous
The Vitality Home Fitness Coach: advanced full-body chair... Next

5 easy barbecue sides to add to your recipe repertoire

7 small ways to help your community (and boost your health)