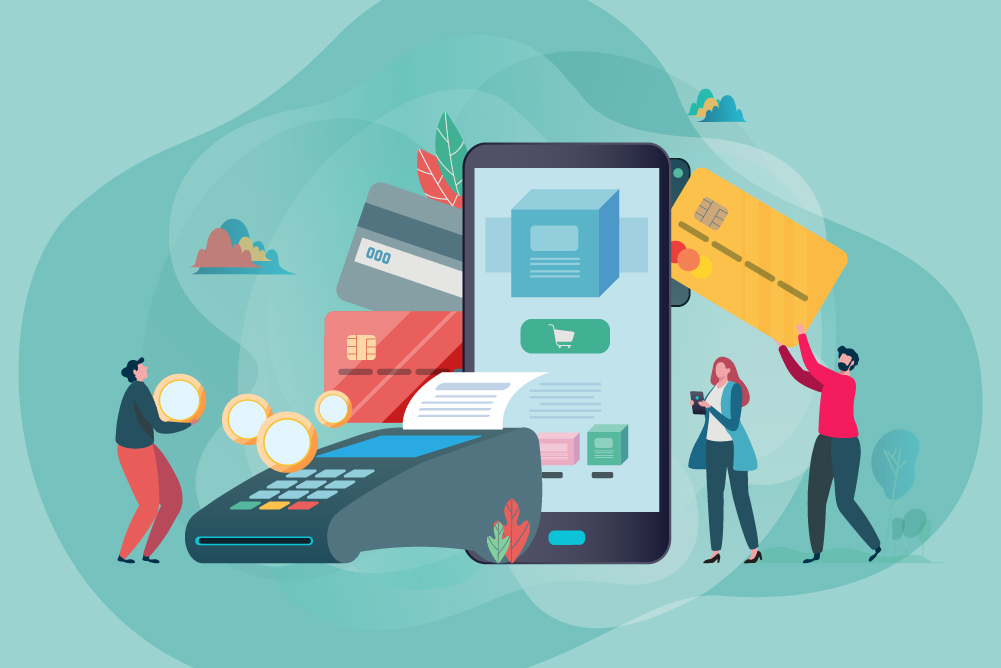 Pre-Covid you bought a new outfit without a blink of an eye, enjoyed regular days out and travelled abroad – but post-Covid you could feel that treating yourself to a takeaway is exorbitant (and don’t get us started on the thought of shelling out for train tickets). We asked a psychologist why our relationship with money has changed during the pandemic and if it will ever return to what it was before…

If you’re feeling as if your spending habits have shifted radically over the past year, you’re not alone. Some of us have ended up accruing savings simply because we haven’t had to splash out on some of our usual everyday costs, including travel to work, meals out with friends or just regular hair appointments.

For those who still have jobs, that might mean our bank balances have inched upwards. In fact, YouGov statistics confirm that a third of us in the UK bolstered our savings between March 2020 and March 2021, stashing away an average of £4,500.

However, things are swiftly changing again. We’re potentially back to those costly commutes, hosting big meals for extended family, and getting the rounds in with our friends on a Friday night. It might feel like a sudden shock to the wallet (how much for a pint?), making us painfully aware of the cost of absolutely everything and feeling guilty for buying that fancy sandwich at lunchtime, whereas pre-Covid we probably wouldn’t have given it a second thought.

So how can we navigate the new financial landscape?

How has the pandemic impacted our relationship with money? 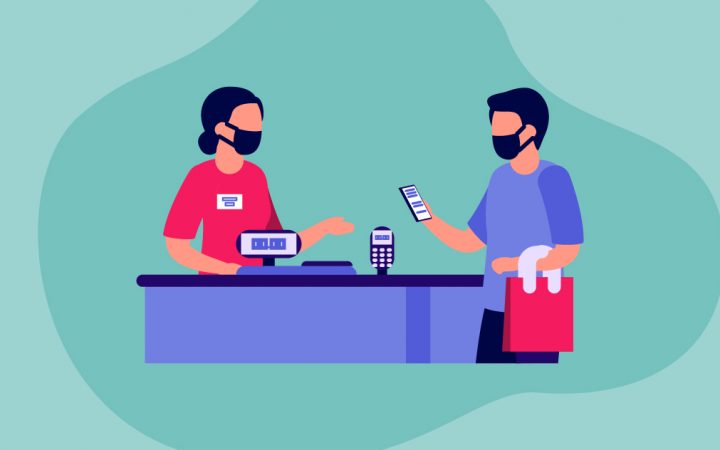 While the pandemic has undoubtedly affected most people’s relationship with money on some level, Kim Stephenson, occupational psychologist, financial wellbeing expert and founder of Stephenson Consulting, points out we’ve all had individual financial experiences and responses. ‘Some people have been pleasantly surprised by the change, including having more money and spending [more] time with the kids,’ he says. ‘Others have found the loss of social contact really depressing – and that’s often a motivation to spend to try to compensate.’

However, he says there are some discernible trends. ‘Some people might have a lot more money as they have lower expenses generally or their income has gone up.’ But despite these extra pennies, they aren’t necessarily splashing their spare cash on lavish furnishings or luxury foods. Instead, against a backdrop of uncertainty, there’s a sense that we should prepare ourselves for all possible outcomes. ‘People might be feeling they “ought to” avoid spending money on relaxing, and the “sensible” thing to do is to put money into savings,’ he says.

At the other extreme are those whose finances have been hit hardest, and understandably aren’t spending for very different reasons. Statistics suggest 800,000 people have lost their jobs since the pandemic began, with 3.4 million still on furlough at the end of April, according to recent government data. ‘Those who’ve been furloughed or lost their jobs might be worried about paying the mortgage, let alone paying off their credit cards,’ says Stephenson.

Why are some of us feeling bank balance guilt?

Not everyone is guilty about spending again – but we might feel noticeably more anxious putting our hands in our pockets, even if, rationally, we know we can afford to.

So what’s going on? First, even if you have a job, it might suddenly feel less safe. ‘We evolved in a world where physical threats meant you ran, fought or died,’ says Stephenson. ‘We’ve adapted to the modern world, where the threats are more social, but that’s a veneer.’ This means when we do get a shock – seeing figures about deaths, hearing of people losing jobs or homes – we can revert to a modern version of fighting that threat, in this case slowing down our spending.

We might feel having a nest egg keeps us safe from danger – and to some extent that’s true. ‘Money is a safety net, so that’s a logical reaction,’ says Stephenson. ‘With a big cash reserve, you can survive even if you lose your job, or somebody is ill.’

What’s less logical, however, is the idea that we weren’t at potential risk before the pandemic – after all, no situation is ever truly disaster-proof. ‘Pre-Covid, we could kid ourselves we were safe because we had “enough” money or a good credit rating, and shut down our minds to the fact that might not always be the case. Now, it’s harder to ignore, so we desperately want to cling to that safety blanket,’ he adds.

Part of our spending guilt may also simply be down to having built new lockdown habits that overrode old ones. Our previous automatic spending habits (buying a £5 sandwich every day, for example) might feel outlandish now we realise we can make a perfectly decent sandwich at home for far less. For some, spending on nice but unnecessary things might also feel frivolous or unethical in the current climate.

Will we ever return to pre-pandemic spending behaviour? 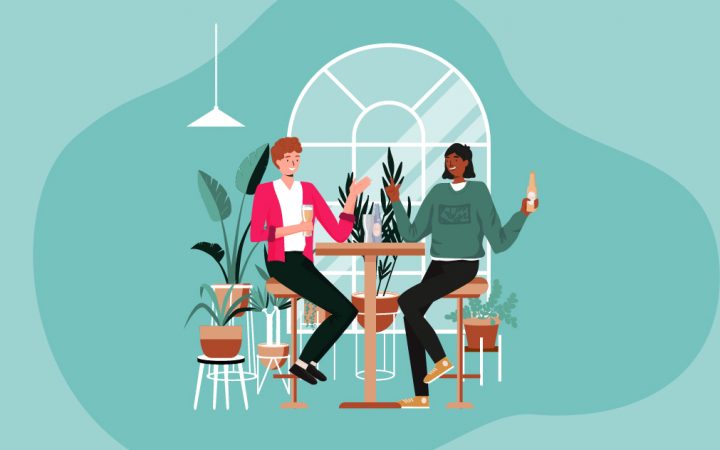 Probably, says Stephenson. ‘Adults don’t generally change their habits much, without deliberate effort. So I doubt anybody who was penny-pinching before is going to become wildly extravagant after, or vice versa.’ He says 95% of our spending behaviours are unconscious habits. ‘As with any habit, changing these is possible but not easy, and different for everybody, depending on your personality, your existing circumstances and a host of other things.’

However, there might be post-pandemic changes on a more profound level that have an effect on our spending. ‘One of the few benefits of the pandemic has been that a lot of people, anecdotally and in terms of some of the data, have re-evaluated their lives. For example, many of those who spent years working hard to give their kids a secure future, but didn’t actually spend much time with them, have realised having two full-time incomes doesn’t make them as happy as being together.

‘Similarly, some people who’ve lost jobs have thought about what really matters to them, and started new careers, or developed more productive hobbies.’

Beyond the work treadmill – where we unthinkingly exchange hours of our life for financial reward – there’s a potential upside. ‘If people become more aware of what makes life more fulfilling, hopefully that will be reflected in their future spending patterns – more on relationships and interests, and less on keeping up with the Joneses and buying things that aren’t really needed,’ says Stephenson.

What about the theory that we’re about to react to lockdown restrictions with the modern-day version of the Roaring Twenties – frittering money on alcohol, cocktail dresses and wild nights out, with scant regard for tomorrow? ‘I expect some people will do it – and some have always spent a fortune on a party or an outfit they’ll wear once,’ says Stephenson. But he thinks, overall, it’s unlikely, with more social stigma today around irresponsible spending. ‘The Twenties was a time of unparalleled prosperity. Today, with Brexit, Covid and problems in the US, I’m not sure even the most optimistic are predicting a massive boom.’

All about money dials 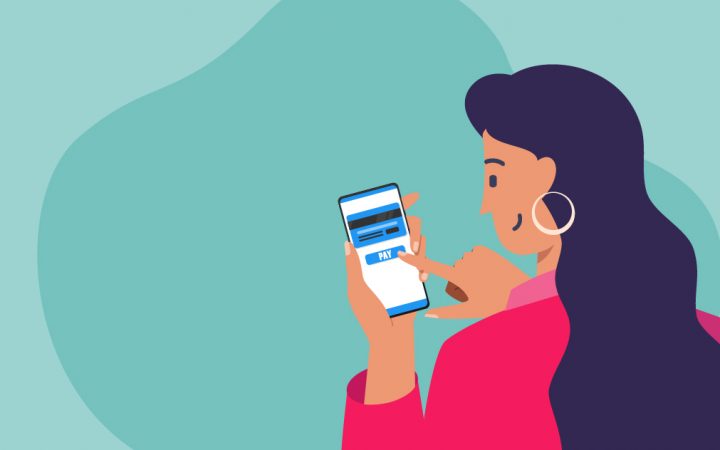 One tool that might help you discern where to direct your cash post-pandemic is the concept of money dials. In simple terms, a money dial is the thing you spend on that makes you feel excited, happier and more fulfilled. For some, that might be health and fitness – in which case a luxury gym membership is well worth it. For someone else it might be convenience – so a meal-kit subscription feels justified as it frees up valuable time. Identifying your dial might help you prioritise what to consciously spend on, guilt free.

However, Stephenson says we should be brutally honest about what truly makes us happy before we start splurging. ‘Spending money on a hobby might be great because you meet people, use your strengths and learn about something you care about. But if it’s not truly your hobby, just something you’ve been guilt-tripped into doing, and something you don’t really enjoy – basically, you’re wasting that money.’

Will spending make us feel happier? 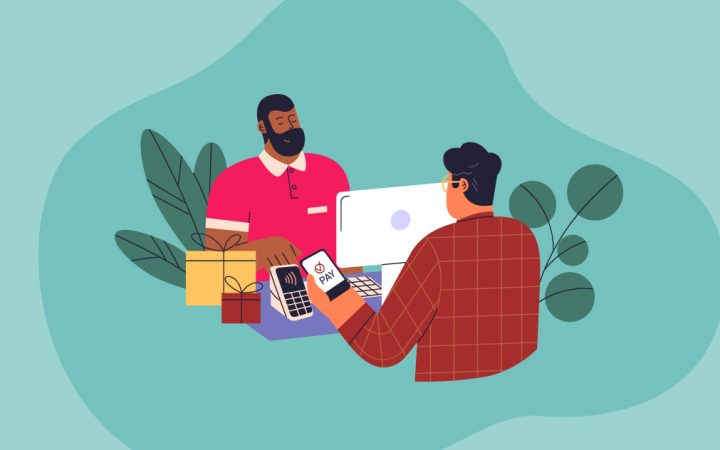 There are some areas of spending that have been identified as bringing greater happiness to nearly everyone. ‘These are spending on others, giving money to charity, and anticipation – waiting to spend on something and saving up for it,’ says Stephenson. There’s also evidence that spending on experiences, rather than material possessions, can make us happier.

Ultimately, says Stephenson, we should ‘think of money as a simple tool. It’s there to trade for things – so why not trade it for things that bring you joy?’

And when you do fork out for nice things – be that a fancy afternoon tea or a Peloton – try to put away the guilt and enjoy it. ‘It’s known as “savouring” in the jargon of positive psychology,’ says Stephenson. ‘If you’re worrying about being irresponsible and self-indulgent, you’re effectively spending to upset yourself. But if you treasure the “treat”, and make a point of tasting every mouthful of cake, you get positive emotions that carry on for the rest of your day.’

Want to know more about how you can look after your financial health? Take a look at these 5 ways to improve your money habits here.

As a Vitality member, you could get partner benefits and rewards with a range of big brands. Available with qualifying investment plans. Log in to Member Zone for the details. 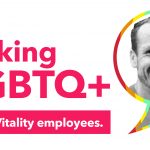 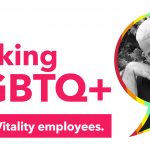