Folic acid has been a hot topic recently. It’s essential if you’re planning to become pregnant, but what does it do for everyone else – and is there another way to get your daily dose? James Vickers, registered nutritionist and Vitality Expert, gives us the lowdown

Think supplements and you might picture a Willy Wonka-esque array of bottles and brightly coloured tablets, capsules, gummies and powders. But what you might not know is that since the Second World War, flour in the UK has been fortified with calcium, iron, niacin and thiamin. Now, following a recent government announcement, folic acid is being added to that list.

Vitamin B9, also called folate or folic acid, will be added to non-wholemeal wheat flours – meaning, in the future your serving of white bread, fusilli or tortilla wrap will contain a healthy dose of the nutrient.

So, why is folic acid so important in our diets? The move is chiefly designed to help prevent spinal defects in babies. The government says it will help avoid around 200 babies being born each year with conditions such as spina bifida, which occurs when the neural tubes don’t develop properly.

It follows on from research three years ago that showed there’s no need for an upper limit on folate intake – meaning there’s no health risk if you still get additional folic acid elsewhere in your diet. However, other research has shown that taking it can mask symptoms of vitamin B12 deficiency.

Around 80 countries already put folic acid in foods – but not, until now, the UK. When it was added to flours in Australia, the number of neural tube defects reduced by 14%. 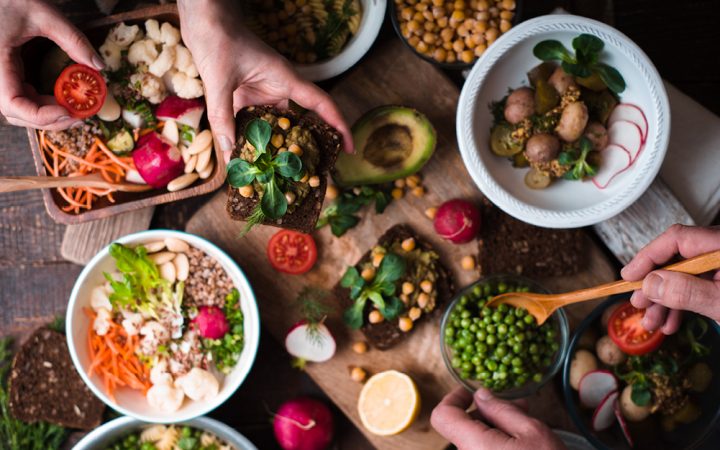 What is folic acid and why do we need it?

‘Folic acid is a B vitamin,’ says James Vickers, a registered nutritionist and Vitality Expert. ‘Folate is the same thing – it’s simply the form that you find within food, while folic acid is the supplement form.’

It has two main roles for us in the body, explains Vickers. ‘It’s important for the healthy growth of a baby: in the early stages of pregnancy, it helps form the neural tubes. Without it, that process can be affected and cause problems.’

However, folic acid has another important role that affects all of us, even if we aren’t expecting a baby. ‘Folate helps us make red blood cells, which we need to carry oxygen around the body,’ Vickers explains.

If you don’t get enough folate long-term, you can develop folate deficiency anaemia. According to the NHS, symptoms include: extreme tiredness, pins and needles, a sore tongue, muscle weakness and psychological problems such as depression. 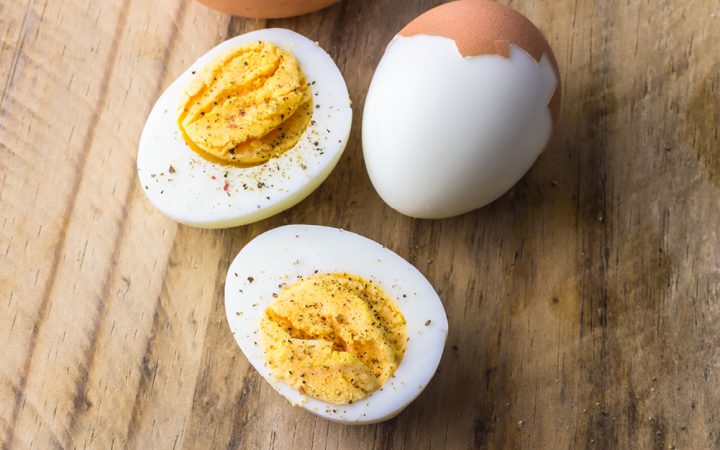 What to know about folate and pregnancy

Pregnant women and women planning to become pregnant are currently advised to take 400mcg of folic acid a day in supplement form. It’s important in the time running up to conception and during the first 12 weeks of pregnancy, so your unborn baby’s skull, spine and brain develop properly.

However, many women don’t take a supplement before becoming pregnant. In fact, a large 2014 study found that just a third of women took supplements before pregnancy, with the lowest uptakes seen in Afro-Caribbean women (17%) and those under the age of 20 (6%).

One issue is that women often don’t know they’re pregnant during the early weeks – so won’t necessarily be thinking about taking a supplement. For this reason, it’s advised that younger women having periods who aren’t thinking about becoming pregnant now, but could do so in the future, should also take a 400mcg supplement.

Some women may be advised by their GP to take a higher dose of 500mcg – for example, if they have diabetes or a family history of neural tube defects.

Folic acid comes as tablets or a liquid, and it’s available on prescription or from chemists and supermarkets (and in special pregnancy supplements). It’s sometimes prescribed for people taking a medicine called methotrexate, which is used to treat Crohn’s disease, arthritis and psoriasis, to help reduce side-effects.

Why is folic acid being added to flour?

Despite the recent trend for going low carb, the humble loaf is still a staple in our diets. ‘Over 99% of British households buy bread,’ says Vickers.

Flour has a track record as being a handy tool for fortification, says Vickers. ‘It is already found to be a useful ingredient that can be fortified. That’s why it’s being used again.’

The folic acid will be added to flour before it reaches factories. ‘Normally. fortification is not in the food itself but in the ingredients, so it will happen at the milling process of flour, before it reaches the bakeries where the bread is made,’ says Vickers.

However, it’s important to remember that the advice to take a daily supplement before and during pregnancy will still apply – this is just an added insurance policy. ‘It’s not replacing supplements. You should still speak to your GP if you’re planning to get pregnant,’ says Vickers.

Even if you aren’t pregnant or planning to be, it’s advised that all adults get 200mcg of folate or folic acid every day. While the NHS says most of us should be able to get enough from a balanced diet, the fortification could be good news for many. As Vickers says: ‘If everyone had the most balanced diet, we might not need supplements and fortification. But, unfortunately, people don’t.’

Plus, there are no long-term stores of folate in the body, so you need to eat foods containing it daily. 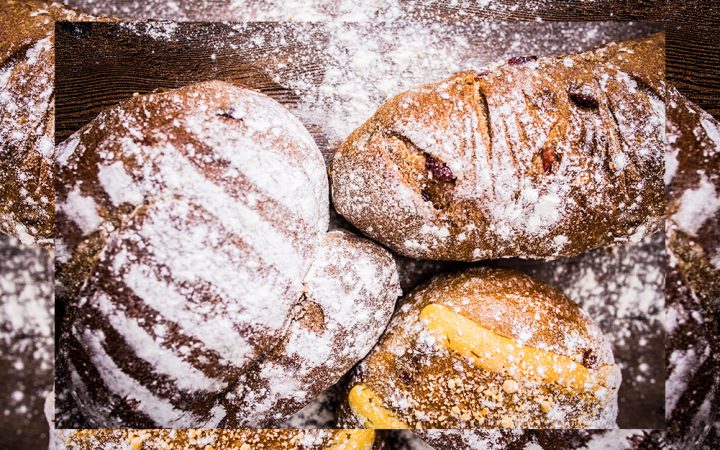 How can I get more folate in my diet?

Not a processed white bread fan? Many of us aren’t. The good news is that there are plenty of ways to get folate and folic acid in your diet.

Beetroot also contains some folate, says Vickers. ‘Now autumn is here and the cooler nights are drawing in, why not add beetroot and chickpeas to a hot warming curry dish’ he suggests.

Salmon is another food containing small amounts of folate (up to 30mcg per 100g). ‘You could have salmon, asparagus and peas with pasta,’ he says.

He says peas, in particular, are a brilliant way to up folate intake (with 70mcg per 100g). ‘We take peas for granted. But I always have a bag of frozen peas on hand. Mash them in a salad, mix in pesto or with mint sauce, or make a nice pea soup.

‘Asparagus and peas and leafy greens also go so well together. Add a few carbs and some protein and that’s a nice balanced meal.’

When it comes to veg, Vickers advises keeping an eye on your cooking methods. ‘As folate is water soluble, you can lose it during cooking. Don’t over-boil your vegetables. Have a stir-fry or microwave them, to keep all of their nutrients locked in.’

The new legislation means folic acid won’t be added to brown or wholemeal flours, which currently aren’t subject to mandatory fortification. However, Vickers points out: ‘Folic acid is naturally occurring in brown bread.’

Wholemeal bread contains 40mcg per 100g, according to the Federation of Bakers. That means an average slice of wholemeal bread weighing 38 contains 15.2mcg. Good to know – and eat.

Vickers adds: ‘Wholemeal flour naturally has more vitamins and minerals in it, anyway. With white bread, the flour already has a lot of the goodness taken out, so it has more need to be fortified.’

Many cereals are currently voluntarily fortified with folic acid – check the side of the packet. For example, a 30g serving of bran flakes contains 50mcg of folic acid, or 25% of the average daily recommended intake.

What if you’re gluten-free?

While gluten-free flours won’t be fortified with folic acid, either, Vickers explains that some gluten-free foods are voluntarily fortified. Check the packet if you’re unsure.

Vickers underlines the importance of a varied diet in general. ‘You’ll struggle to get enough folate in one go over the day, unless you take a supplement – and even when flour is fortified, having a whole loaf of white bread won’t be the best thing to do.’

He advises eating seasonally: ‘Get variety through the year – don’t just concentrate on each day or week – so you get that balance across a period of time. It also makes it easier to sustain.’ 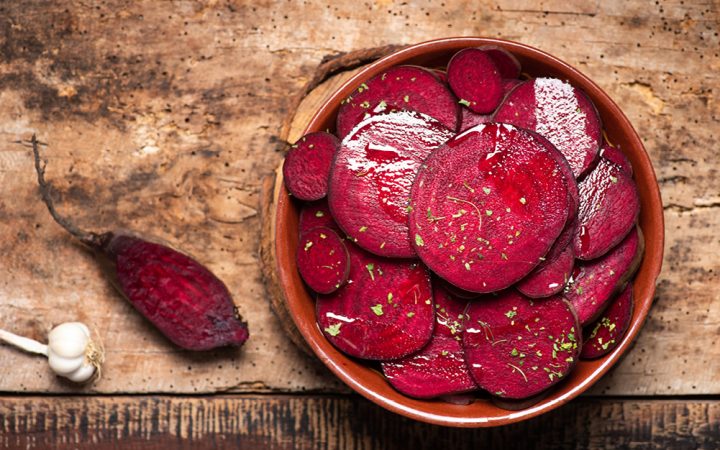 A folate-rich day in food 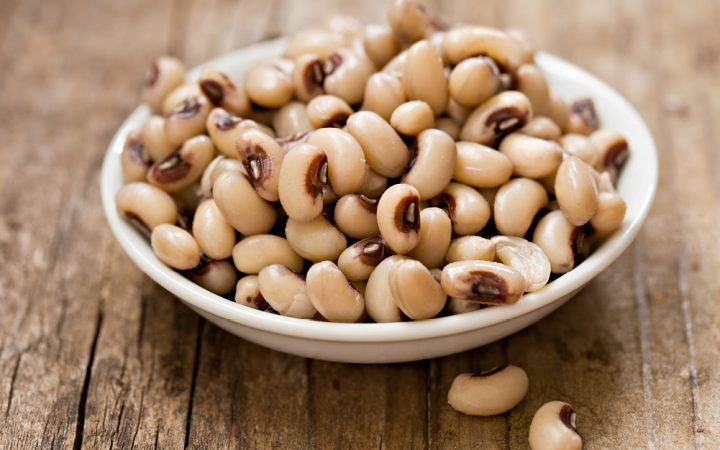 Find out how to eat your daily vitamin needs

*Disclaimer: If you’re pregnant, breastfeeding or under medical supervision, talk to your GP before taking supplements. Always read the packaging.

Covid-19 vaccine and the menstrual cycle: What you need... Previous
Your introduction to driving electric Next 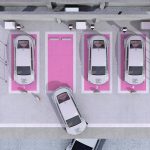