Five Runners Share Their (Surprisingly Intense) Feelings About Why They Run 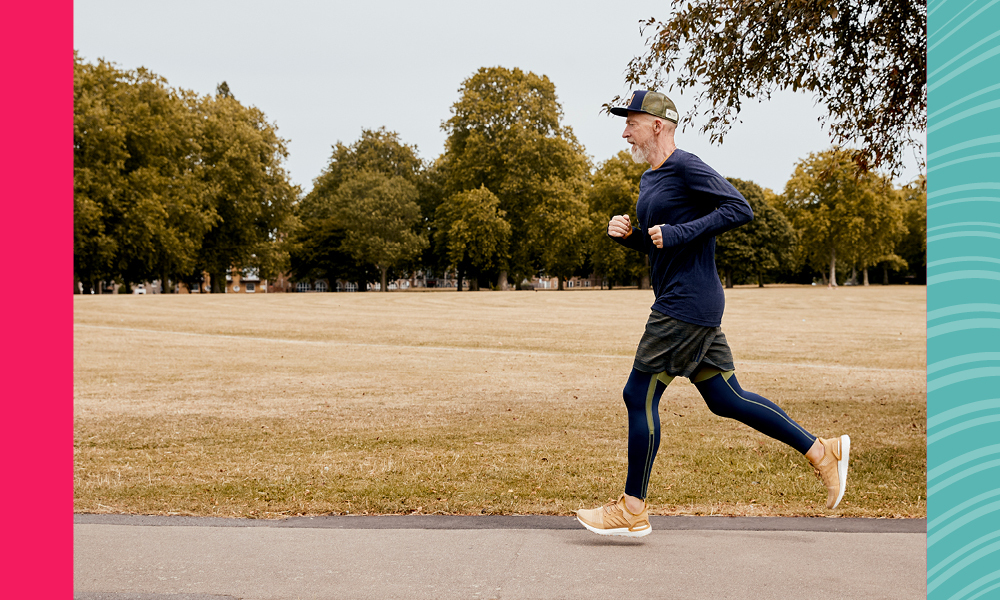 As winter closes in, let these stories give you that final push to get out the door and start that run.

When people start to talk about running, they don’t sound like they’re talking about sport or fitness at all. They sound like people who have stumbled upon an extraordinary life-enhancing secret.

With 2020 being the year of compromised and improvised exercise, running is finding its way into more and more lives with every passing week. Retailer Sports Direct said recently that it had sold 218% more running shoes than at the equivalent time last year.

The activity has been shown to improve mood, help with depression, decrease the likelihood of dementia and, contrary to popular belief, could actually strengthen the knees.

Now that winter is in cahoots with your sofa, your heating and that banana loaf to keep you indoors, we felt it was the right time to ask five committed runners what keeps them moving… all year round. 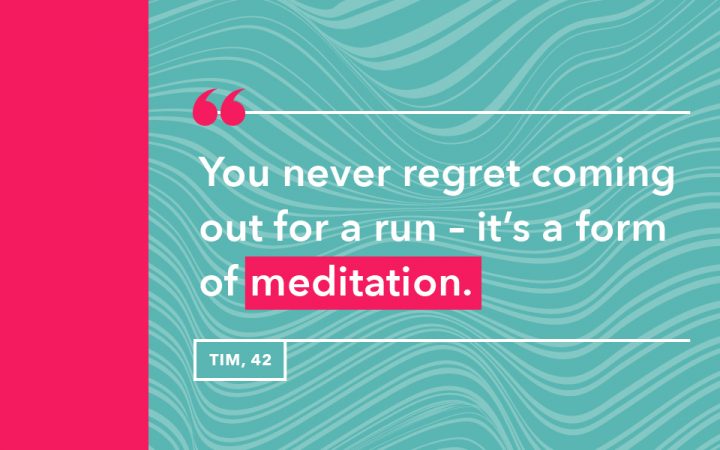 Tim is founding director of London City Runners and a marathon runner, although he currently runs shorter distances due to an unconnected injury. He recently opened The London City Runners Clubhouse and Cafe – a running-themed café staffed by enthusiasts.

‘The most amazing thing about running is not necessarily while you’re doing it, when often you’ve got a bit of snot hanging off your nose and you’re sweating. It’s afterwards that you feel good about yourself. To have your heart pumping out as you run makes you a better version of yourself.

When it’s just the right level of pain, you think about everything but you don’t worry about anything. It’s a form of meditation. The stress is being taken out by your physical body pounding. I run happy or sad – you never ever regret coming out for a run. You can be having the worst day, you go for a run and you feel great.’

Tim’s tip: Don’t ever start a race too fast – there is nothing more demoralising than running your heart out and watching everyone go past you at the very end. 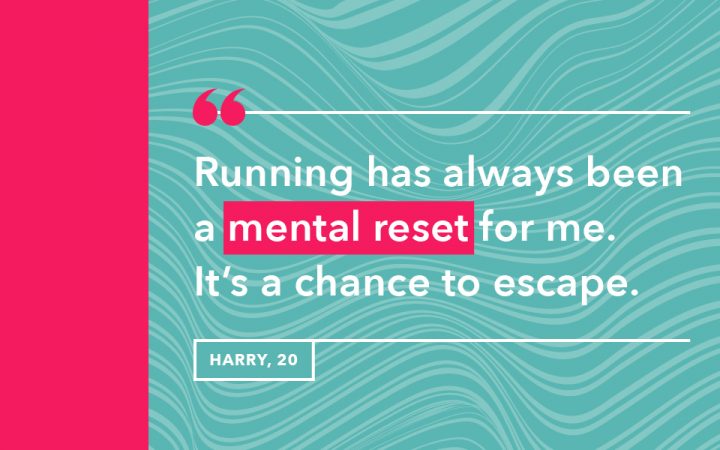 Harry is a personal trainer and currently training for the half-marathon season, but likes a very varied approach to distance and pace.

‘If I were to sum up my relationship with running in one word, I’d say “escapism”. It has always been a mental reset for me. In the past few years, I had anorexia and was hospitalised twice. It’s played a dual role; I’d run to burn my food when I was ill, but now running gives me a reason to eat healthily and stay well.

‘People imagine when you go for a run it’s boring. That you do the same thing – but it’s nothing like that. Some days, I drop to a very conversational pace and go through the countryside. On those longer, slower runs, I don’t play music. I prefer to stay focused on my run and it helps ground me. If I’ve had a really good day at work and I want to use that positive energy, I will put on some Eighties classics and probably pull some dance moves along the way.’

Harry’s tip: When you start running, don’t measure distance, don’t measure speed. Just stay out for 30 minutes, even if you walk some of the way. An element of progression is better than nothing. 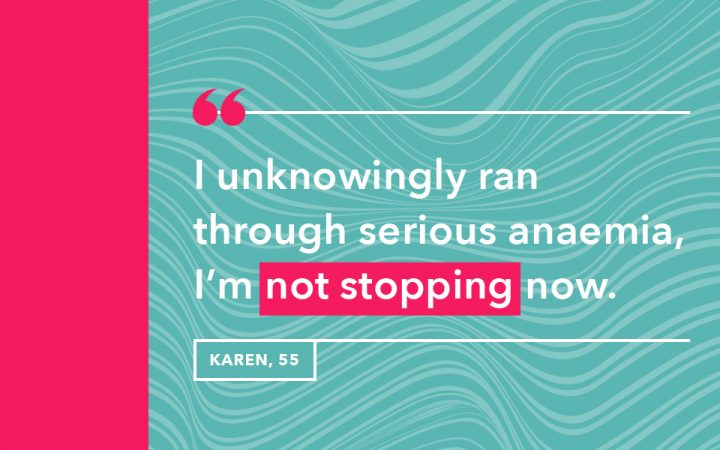 Karen is a communications manager at Age UK and runs three times a week for 30 minutes. She prefers never to track pace or distance.

‘I’ve always run and kept fit. A few years ago, I suffered serious anaemia because of an undiagnosed fibroid. My running became more and more of a struggle until I finally had the benign tumour removed. I went for my regular Saturday run with tears in my eyes as I felt my strength return.

‘I don’t run fast – in fact, some speedy walkers are hard to overtake – but I always keep moving. My job can be very busy. Working with older people during the first lockdown was extremely rewarding, but also a 12-hour-day affair.

‘Turning off my phone and listening to a podcast that challenges my mind – currently Freakonimics – is the perfect escape while I run. I unknowingly ran through serious anaemia, I’m not stopping now.’

Karen’s tip: Don’t compete with anyone – even the 70-year-old up ahead of you. Just move for yourself at whatever pace feels comfortable. 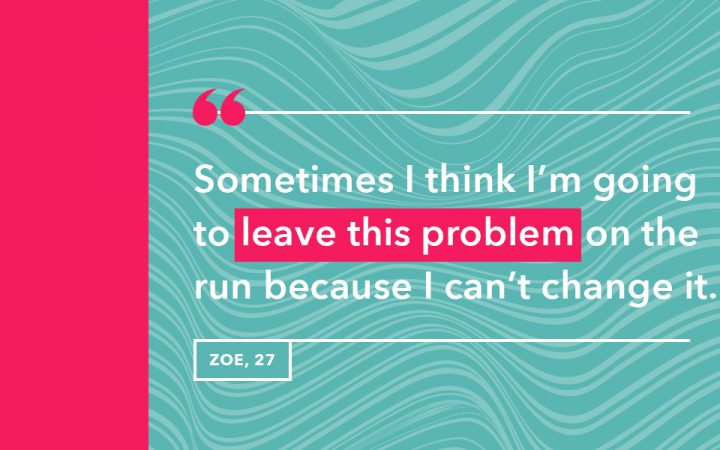 Zoe is a content marketing manager at Vitality and she likes to stretch herself – her longest run to date is 30km.

‘I wanted to get into running in my teens. When I was 17, my mum was diagnosed with breast cancer and I needed solitude. At first, I found it difficult. Your first run is a real feeling of working hard. I wasn’t healthy – I was smoking and drinking, and I wasn’t eating much food because of the stress of my mum. I loved running, but I couldn’t do it to my full potential.

‘After mum passed away, I went through a really big life change: I split up with my boyfriend, moved to London and met someone else. It was a fresh start.

‘When I run, I like to problem-solve anything stressful in my life – work, family, friends. It’s a time away from any distractions. I don’t look at my phone, I focus on my emotions. Sometimes I think I’m going to leave this problem on the run because I can’t change it.’

Zoe’s tip: Get some decent trainers and don’t overthink your run. It can be as short or slow as you like. 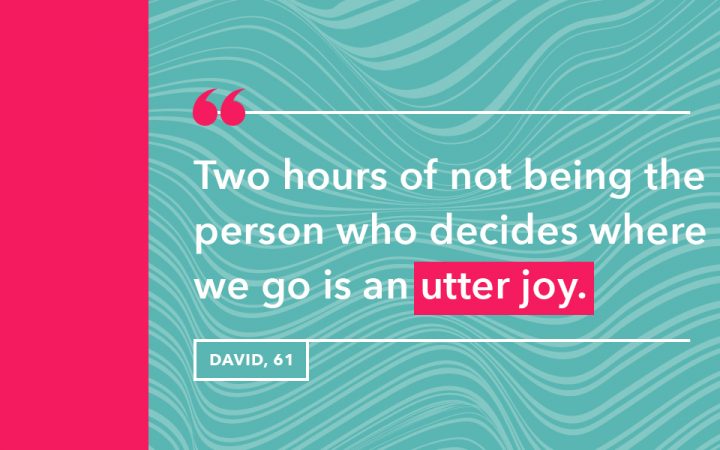 David is co-founder and design director of men’s fashion brand Universal Works. He has run marathons, but more usually runs for around 45 minutes at least three times a week. (He currently has an injury but intends to return to running in the next few months.)

‘I hated running at school because it interfered with football and cricket – what’s the point of going out for a run if there’s no ball involved? Then one day in my 20s, I put some version of running shoes on, went out and never looked back.

‘I like running on my own and utterly switching off. Then there’s the opposite kind of running. I used to go for a run with a group of guys – regular runners – we would go off into the countryside and run for an hour, two hours, and it was an amazing way to escape. I didn’t have to tell anyone where to go or what to do. None of them cared that I worked in fashion – we could look at the trees and talk about what’s out there. I love what I do and I’m very passionate about the product, but as you grow the business, you are leading and guiding other people, you are the figurehead who decides where we go from here. Two hours not being the person who decides where we go from here is an utter joy.’

David’s tip: You’ve got to get past that first 15 minutes and keep going. When you finish, you are going to feel so much better about yourself.

Keen to get going, but not sure where to start? Check out our beginner’s guide.

As a Vitality member, you could get up to 50% off a pair of sports shoes with Runners Need. Available with eligible health insurance, life insurance and investments plans. Log in to Member Zone for the details. 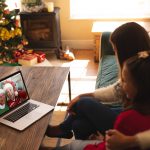 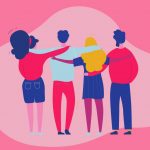