Five Men And The Advice They’d Give Their Younger Selves 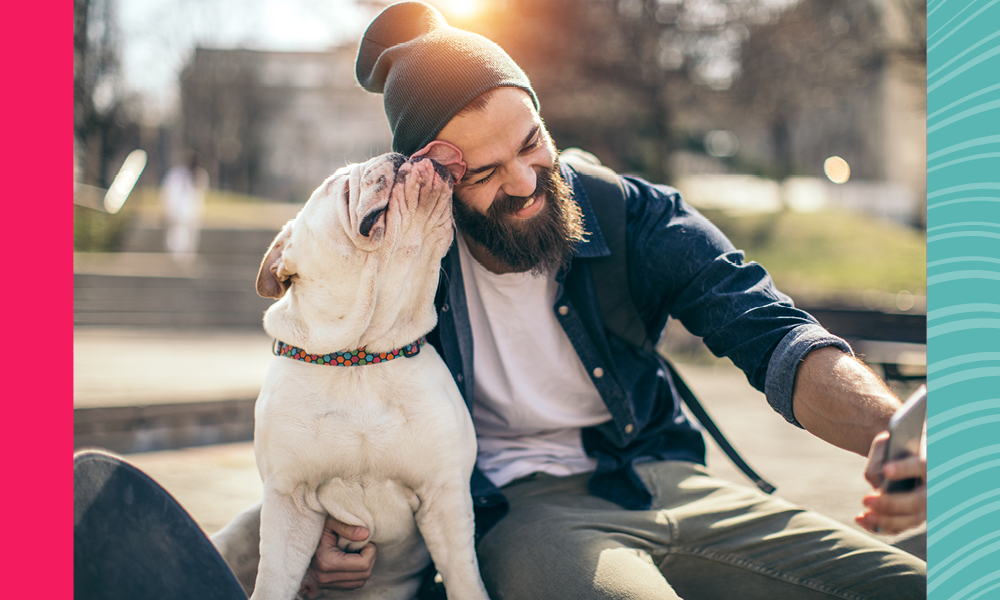 Don’t worry so much, get a dog and ask people how they are more – to mark International Men’s Day, we asked five brilliant male humans what lessons they wish they’d learned earlier.

Every time someone wants to punch me because my arm accidentally touches their arm, every time I buy another shower gel designed like a hand grenade… What is our problem? However, I do see progress. We seem to be slowly unlearning all the terrible man rules: the main rule being, NEVER talk about your feelings.

I loved speaking to these five men about all our big stuff. The 3am stuff. We were marking International Men’s Day – created in the 1990s and taking place every year on 19 November to encourage us to be better, healthier people. This has been a lovely, warm education for me. Wish I’d done it 40 years earlier.

I would tell myself to keep playing football. I was just playing grassroots but became a barber and let it fall away when I was about 19. It gave me exercise, but also being around my mates, having a laugh. You miss it once it’s gone, the banter, even if you lose the game.

I would say be more conscious of your work-life balance. I spent so much time working, it probably wasn’t healthy for me either physically or mentally, but it’s got me where I am now. It can put a strain on relationships. I wish I hadn’t worked all those extra hours. Now I’m strategic about it. I pick my days where I work late to give myself time with my family.

Saying yes to things can have a very positive effect on your life. Get up and go and do it. There are so many things: working out, going for a run, that you never want to do, but then you do them and you feel amazing.

Sam Delaney, 45, writer and broadcaster, lives in London with his wife and two children

I grew up in a massively chaotic and blokey environment. A lot of the time I was anxious, but I became hugely adept at disguising it. I remember one occasion when there was a Stanley knife fight in my bedroom – it was my brother’s mates. I became hugely expert at pretending I was OK with that sort of thing, that I wasn’t traumatised by it – that, in fact, I found it all a right laugh. So, I would say, don’t put your efforts into pushing that stuff away.

Don’t avoid asking people if they’re OK. Don’t avoid emotion. I had a friend who lost his mum when we were young, and we hardly mentioned it. I regret that. It was almost like, if we brought it up, he’d have to display some emotion and that would be the worst thing. You can be one of the lads and also ask people how they are.

Andy Magill, 35, Vitality Head Coach, lives in London with his wife and daughter

At university, I set myself targets: I wanted to work in Australia, I wanted to work by the beach, I wanted to work with athletes and I achieved a lot of that by the time I was 27. It was fantastic but I was anxious about what lay ahead. I was living by the beach, I’d tell myself to enjoy the moment more, it’ll be fine. As long as you’ve got the fundamentals – your health, money coming in – then everything else will look after itself. I had the perfect lifestyle, but I wasn’t happy, and I feel a little remorse about that. It was a transition period, but I didn’t acknowledge that.

In Australia, I got into triathlon and I’m proud of my achievements, but at the same time, I made myself ill. I would be ill for six weeks after a race and wasn’t much fun to be with. I was training with a partner who had been doing it for 20 years and competed for the national team, and I didn’t understand why I couldn’t match him. I knackered myself. I’d tell myself now that actually sometimes it’s good not to have goals.

Earl Johnson, 71, actor, lives in London and is single

I tried for years to get to drama school, so I went without a grant. I was so worried about where the next meal was coming from. I didn’t have any money, so I did washing-up or odd jobs. I’d look at myself and I’d say, ‘Everything is going to be alright. Stop the worrying. Have faith.’

My advice is tenacity; keep physically active, which will inform the mental. It’s so easy to draw the duvet over and not do anything. A lot of young people will wonder, ‘What’s the bloody point?’ But there is a point, get out there.

I’d tell myself not to put heterosexuals on a pedestal. I suffered a bit of low self-esteem – the fact they were heterosexual didn’t make them better than me. Being gay was like swimming upstream all the time. You’d be talking and suddenly people would be turning around and whispering. I know they were saying, ‘I think he’s queer.’ My voice was enough for people to turn round. Now I’m very happy to be in the company of Noël Coward and Terence Rattigan and Tchaikovsky. 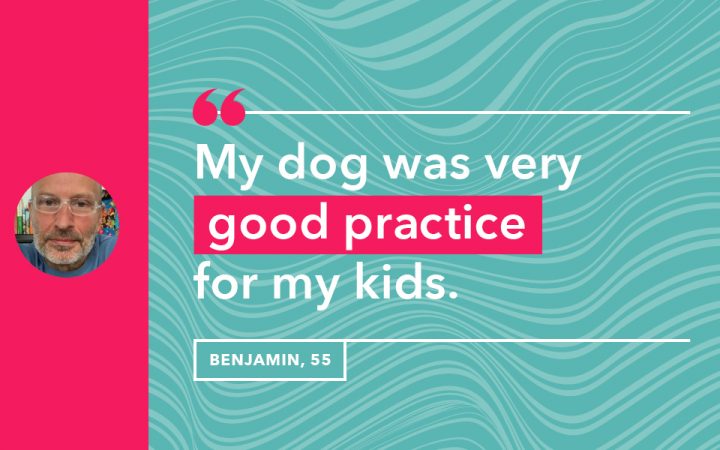 Benjamin Mee, 55, CEO of Dartmoor Zoo, lives in Devon with his two children

Do something you love and get paid less. Go to the most fulfilling thing, make sure you enjoy it because you’re going to be doing a lot of it. Forget the naysayers; if you’ve thought it through and you can answer all their arguments, then do it. Most people will be against you doing anything innovative. Take the herd’s opinion on board, but they could easily be wrong. Don’t let your dream be stomped on.

Get a dog. I got a dog fairly young and it was a rock. It gives you empathy, responsibility, and exercise. My dog was very good practice for my kids. Don’t take your partner for granted. You have to look after them, so they will want to look after you. There’s more to relationships than sex, but that’s hard to understand when you’re young. It’s about caring and intimacy and supporting each other at the right time. It’s care.

For more content around men’s mental health, check out our article Tackling The Stigma: The Mental Health Advice All Men Need To Know here. 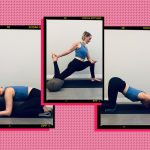 Why Yin Yoga Could Be The Perfect Antidote To Lockdown... Previous
Is Twenty Plenty? The Trick To The 20-Minute Workout Next