Father Figures: Why Getting Fit With Your Kids Benefits The Whole Family 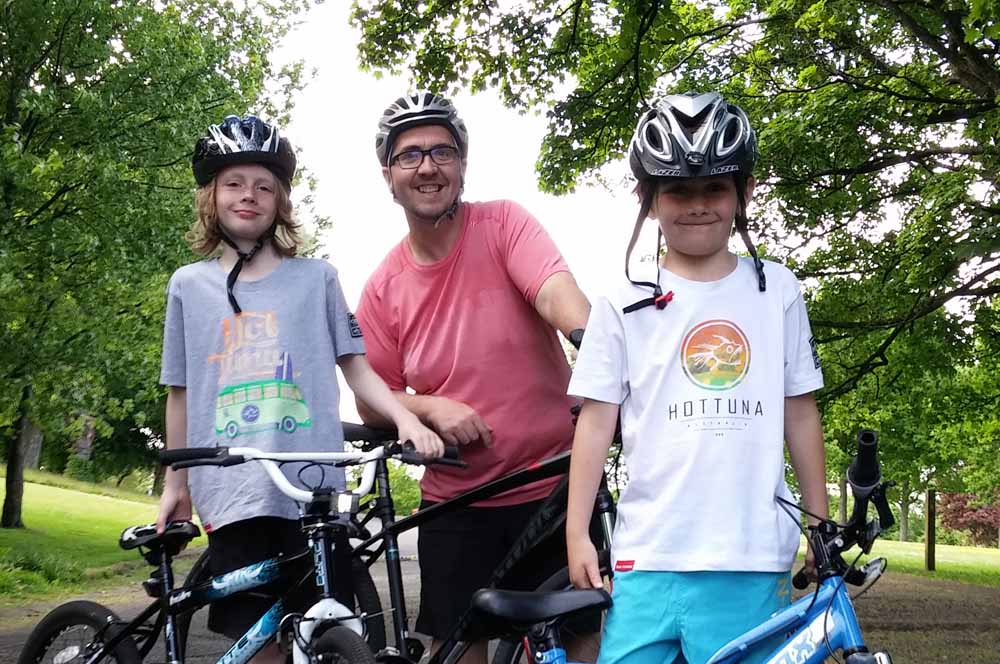 We spoke to three Vitality fathers about how their children inspired them to get fit, and how their new fitness regimes benefited the whole family.

Having a running buddy or gym partner is all well and good, but there’s nothing like a bursting-with-energy child to really get grown-ups going. It’s not just adults who benefit either, with research by NHS Digital revealing that children of obese parents are more likely to be obese themselves, than children whose parents are not overweight or obese. In The Health Survey for England 2017, 24% of children of an obese father were also obese, compared with 9% of children where the father was not overweight or obese.

Here’s how three Vitality members were inspired to get fit with their families.

“I realised around six years ago that I was becoming too overweight,” explains Robert Clarkson, father to Matthew and Sophy. “With children came broken sleep and broken routines, plus their leftover food that I couldn’t help pinching. I just couldn’t find the time to train. Before I knew it, 2 stone had crept on.”

Matt Newell agrees that his role as a dad meant fitness became a low priority. “I used to be in fairly good shape,” he says. “I just got lazy when my first daughter was born, and I guess I blamed the sleepless nights and the hard work of being a parent.”

Both decided it was time to step up, if they were ever to be the role models they wanted to be for their kids.

“My two daughters are the absolute reason I want to be fit and healthy,” says Matt. “I want to be the best dad I can be, and that means being physically capable of chasing them round the park for an hour. But mainly, I want to live a long life and be around when my girls are older.”

Robert agrees: “I want to be a role model to my children, not an embarrassment, so I started dieting and gave up drinking, and am now 3 stone lighter and competing in half marathons, parkruns and charity events.”

Stephen Morrison, (pictured above) had also struggled with obesity, and agrees that once children came into his life, it was time to take it up a gear.

“Being fit enough to keep up with my children, Daniel and Jack, and play an active role in their lives is a huge motivation,” he says. “I want to be a positive influence on their lives and I want them to both respect and admire me.”

Exercising together not only keeps you all in shape, but it encourages children to connect physical activity with fun, and an attitude they can take with them into adulthood.

“I cycle to pick up my boys from school, then we head straight to the park to cycle or play rugby or football,” says Stephen, who credits Jack and Daniel for his high level of fitness. “The boys are becoming more adventurous and I want to discover new sports with them.”

“As a family, we love exploring new places on foot,” he adds. “We have an ongoing challenge to increase the miles we walk whenever we arrive in a new city.”

Robert and his family are also pretty flexible when it comes to what exercise they do together. “A couple of us might get together to do a session in the gym, or other times we might just do a dance programme on the TV,” he says.

“My daughters are only little, but we are always playing hide and seek and they love any game that involves me lifting them in some way,” says Matt. “Just watching their energy when they have Dad around to chase and wrestle with them is all the motivation I need to keep going.” 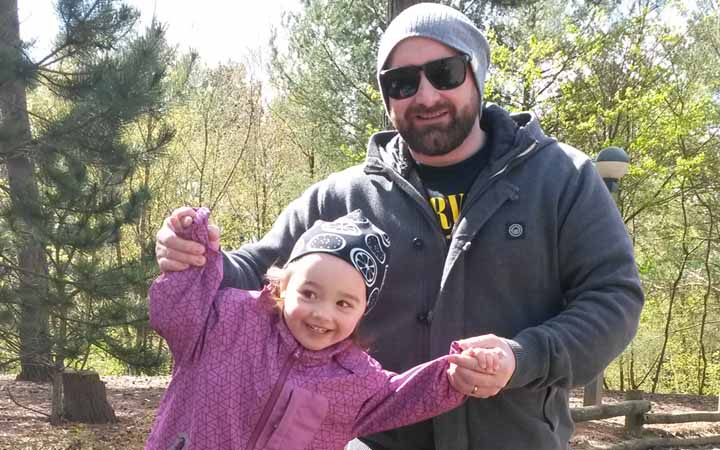 Matt with his three-year-old daughter, Emma

If you’re looking for more fitness inspiration and want to be rewarded for your efforts, why not check out Vitality’s fitness partners?

The Less-Stress Guide: How Men Can Reduce Stress Previous
6 Brilliant Benefits of Swimming Next 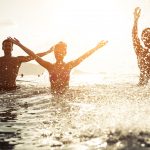 7 Reasons Why GPs Are Prescribing Parkrun

13 Reasons To Join Your Local Parkrun