Everything you should know about being an organ donor 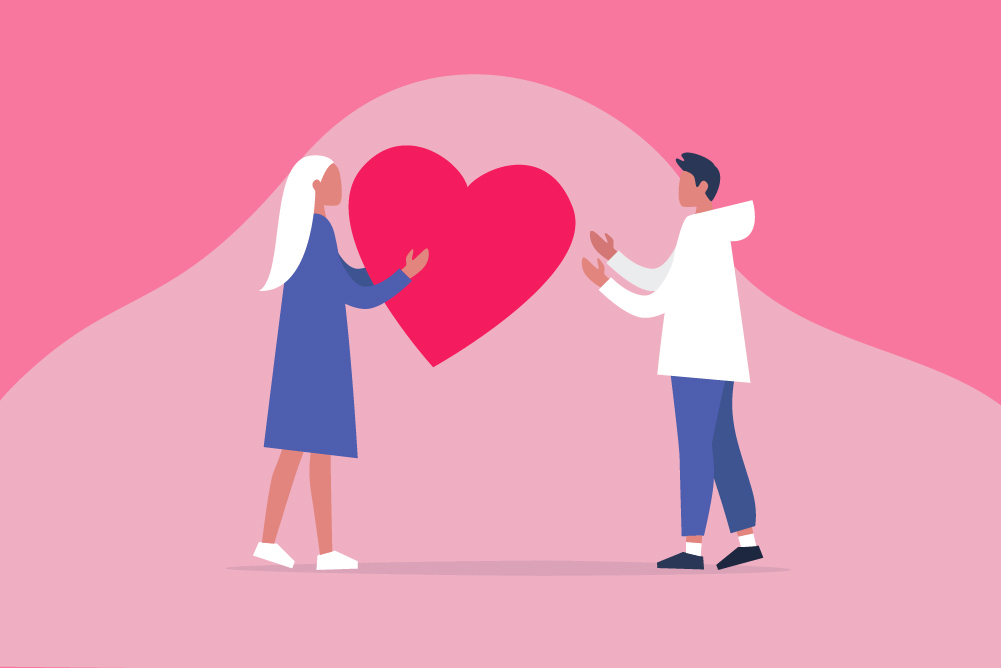 Thousands of people are on the transplant waiting list – but their lives can only be saved if enough of us stay on the NHS Organ Donor Register and families consent to donation. Here’s why you shouldn’t shy away from the vital conversation around organ donation.

Even in 2021, organ donation feels like a taboo subject. Understandably, thinking about a situation involving our own death (or a loved one’s) can feel pretty uncomfortable.

‘British people are very bad about talking about their own mortality, which doesn’t help,’ says Nigel Burton, Chair of the Donor Family Network, which supports organ donor families.

But it’s important we do. Every year, for a multitude of reasons, thousands of people require a suitable donor. And one day it might be a member of your family – or you – who’s in need.

Successful transplants rely on enough people being on the NHS Organ Donor Register and enough families to consent to a loved one’s organs being used, so a match can be made.

While most people in England and Scotland are automatically considered donors following legal changes in 2020 and earlier this year (Wales has had this ‘deemed consent’ since 2015), there’s still a shortage of organs. In 2020, 474 people died waiting for a transplant, compared with 377 the year before (with most deaths being from those in need of a kidney transplant).

Figures show that currently 5,932 people in the UK are waiting for a transplant, with 1,375 receiving one since April 2021.

The good news is that organ donation retained three-quarters of its normal activity in 2020, despite huge pressure on the NHS and many transplant operations put on hold during the pandemic’s peak – a figure John Forsythe, Medical Director at NHS Blood and Transplant, describes as ‘absolutely phenomenal’.

On the plus side, the proportion of UK families giving consent for donation is now 71% – and, as a society, we’re opening up the conversation. It’s one we desperately need to have. ‘I often say to people, if your loved one needed an organ to save their life, would you be willing to accept one?’ says Burton. ‘That will only happen if people are also willing to give. You stand more chance of needing an organ than dying in a situation where you can donate.’

Here’s eight things you might not know – and why thinking about organ donation doesn’t have to be scary. 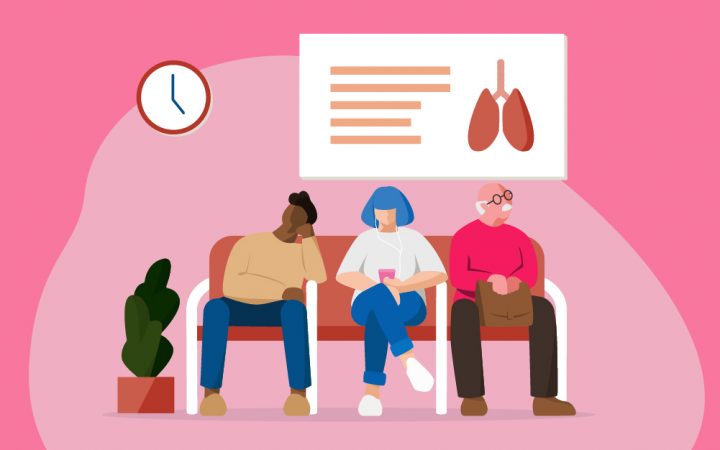 Burton says a single donor has the potential to save or help an incredible seven to nine people. ‘It all depends on the age and health of the donor, but seven is a good number for a normal, healthy person,’ he says. Adding: ‘The most common organ to get passed on are the kidneys.’

According to the NHS, next are the heart, liver and lungs. The heart and lungs, in particular, must be passed on very quickly – between four and six hours – to remain viable.

Organs can be needed for a variety of reasons: because of a genetic condition such as cystic fibrosis (which often requires a lung transplant), a heart condition or an unexpected illness or an accident.

For bereaved families, donating can offer a spark of light during an incredibly difficult time after a loved one has passed away.

Burton’s own son died aged 16, due to a brain condition, and his heart and liver were donated. ‘The fact that my son saved two people’s lives that day means there is a positive that came out of his death,’ says Burton. ‘It doesn’t seem so pointless any more as some good came out of it. You feel very proud of what your loved one did on that day.’

He adds: ‘If you talk to recipients, there’s also often survivor guilt. In the case of our liver recipient, we said to them: “My son was going to die anyway, you were not going to save him or were wishing for him to die.” We had contact with the recipients and saw what a difference it made to their lives.’

The laws around organ donation changed to an ‘opt out’ system, so the NHS can maintain the numbers they need for successful operations (in England it’s sometimes known as Max and Keira’s law).

Currently, all adults in England, Scotland and Wales are considered to have agreed to be an organ donor when they die, unless they record a decision not to donate or are in an excluded group (like those with HIV). However, families are always still asked to consent before any donations.

The law change arose because doctors need at least 80% of families to support donation in order to save lives. Evidence from Wales, which introduced an opt-out system in 2015, shows consent rates have increased.

Even if you’re automatically on the NHS Organ Donation Register, you can still actively register your decision to donate – and specify which organs you’d be happy to donate from a list including heart, lungs, kidney, liver, corneas, pancreas and small bowel.

You can also register if you’d like NHS staff to talk to your family about how donation can proceed in line with your religious beliefs. 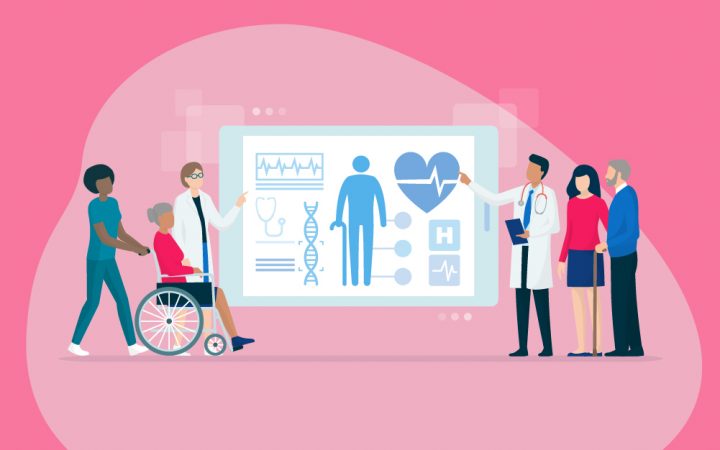 As humans, we can be squeamish about body parts like the eyes and people can feel unwilling to donate them as a result, explains Burton. But he says the eyes are much needed and can often be used successfully.

‘The eyes can do up to four transplants. There’s a big shortage in this country. We have to import a lot of corneas from overseas to fulfil our requirements,’ he says, adding: ‘Giving someone their sight back is something very positive and cornea transplants are often a very successful operation, while the sclera (white part of the eye) is also used.’

Most donations are from recently deceased people, with the likelihood of having a death that enables you to donate rare. The NHS says only around one in 100 UK deaths involve people who can be donors. These are typically deaths in a hospital intensive care unit or emergency department.

However, it’s possible to donate your kidney or part of your liver as a living donor. The NHS says that across the UK, more than 1,000 people annually donate a kidney or part of their liver while still alive to a relative, friend or stranger.

The most common living donation is a kidney, as a healthy person can lead a normal life functioning with only one.

And did you know that you can donate bone and amniotic membrane (part of your placenta) as a living-tissue donor? It’s also possible to donate part of your thigh bone (usually, during hip replacement surgery).

Living donors can report feeling an incredible sense of having done something profound and worthwhile for someone they care about, and even a boost in self-esteem. While it’s undoubtedly a huge decision with potentially major repercussions (and professional support needed), figures suggest the vast majority don’t regret their decision and report their experience as being positive.

You might assume that you can’t donate as you’re too old, have a particular medical condition or smoke. In fact, donors of all ages or health backgrounds can have their organs used to save another’s life.

Burton says: ‘It’s done on a case-by-case basis. Even if you have had cancer that’s not a definite precursor not to donate. Up to around age 80 is the line for eyes.’

The NHS says specialist healthcare professionals will decide in each individual case whether a person’s organs and tissue are suitable for donation taking into account medical, travel and social history. There are few conditions in which donation is ruled out completely. 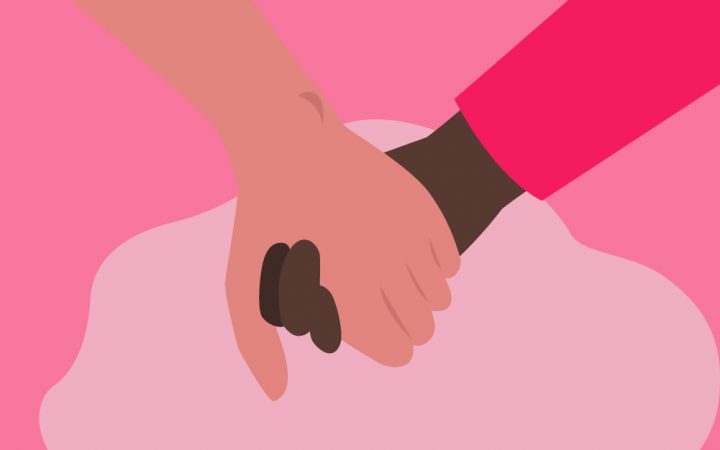 It might feel like it’s something you want to keep private or secret – as it involves your body. But the NHS advises that if you’re making a decision to donate, you should talk to your family and loved ones in advance so they clearly know your wishes.

The NHS says that every year, hundreds of opportunities for transplants are missed because families aren’t sure what to do. Burton adds: ‘You can’t 100% say just because someone hasn’t opted out, they truly opted in.’ And he warns that the hospital bedside is not really the time to make these crucial decisions: ‘When everyone is well and rational is the right time.’

Discussing it in advance makes it easier for relatives – clinicians won’t proceed if they’re unhappy, even if you’re on the register.

‘What you’re looking for is someone to say “yes” to that question about organ donation, to willingly give that gift to make your life better,’ says Burton.

There’s a shortage of organs from black, Asian and minority ethnic groups, and, according to the NHS, black and Asian patients often wait longer than white patients for a transplant. Although people can receive a transplant from someone of any ethnicity, the best match will come from a donor from the same ethnic background.

Burton adds: ‘The closer you can get a match in both blood group and tissue type, the better chance that transplant will have. That’s why it’s better to have a transplant from someone from the same ethnic background as yourself.’ 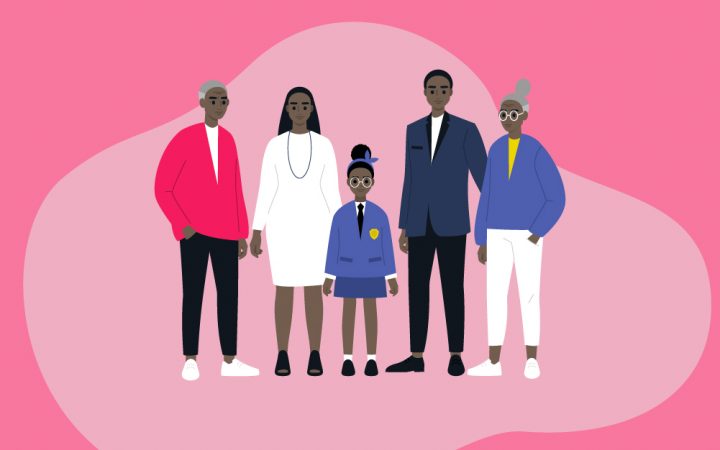 Read more about how to support someone who is grieving.

As a Vitality member, you could get partner benefits and rewards with a range of big brands. Available with qualifying life insurance plans. Log in to Member Zone for the details. 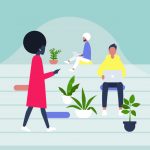 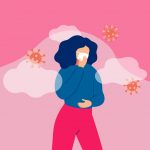