How to celebrate the small wins to achieve your big goal

Journalist and author Michelle McGagh knows the importance of breaking down a goal into smaller milestones. She explains how you can increase your chance of achieving your goals by focusing on your constant progression

To make sure you achieve them, there are some savvy things you can do to set yourself up to succeed. Even better, these tactics work regardless of whether your objective is fitness, work or health-related.

“Working out an overarching goal is just the start of the process,”  says Dr Josephine Perry, who runs sports and performance psychology consultancy Performance In Mind. “It’s actually the way you work towards your goal that has a direct impact on your chances of overall success.”

She recommends breaking down your big goal into more manageable smaller milestones, then breaking those smaller goals down into processes and actions you can incorporate into your day-to-day life so you feel like you’re always winning.

For example, if you want to run a marathon, it’s no good trying to run 26 miles early on in your fitness programme because you’ll (probably) fail and feel demotivated. Instead, build up your running daily. Hit smaller mileage targets, such as aiming to shave 10 seconds off your run, and make positive changes to your lifestyle, such as eating a little healthier every day.

Keep nudging yourself to progress

The case for breaking down a bigger goal into smaller ones is backed by psychologist and author Amy Cuddy‘s research.

She found the biggest mistake people make is to focus on the outcome of the goal, not the process. She advocates ‘self-nudging’, where you continually set small goals to constantly ‘nudge’ yourself to achieve these, rather than one big one.

Cuddy set herself a fitness goal to fall back in love with running, without any pressure on pace or miles. Using the self-nudge technique, her jogging pace increased and so did her mileage.

She recommends avoiding absolute statements such as, ‘I will run three times a week’ because if you miss out on just one run that week, you’ll feel like a failure. Instead make your goal, ‘I will run more often’ to give yourself room to work that goal into your life.

You can also frame your mini goals in a positive way, such as ‘eat more vegetables’ rather than ‘stop eating junk food’, so the goals don’t automatically feel like denial or a punishment.

“People make the mistake of making big goals that then backfire because they are too big and distant,” said Cuddy in a Big Think talk. “They require a million little steps in-between, with each step an opportunity to fail.”

Start by measuring your progress across four weeks

“Expecting instant results is unrealistic and unhealthy,” he says. “Small weekly check-ups are good, but it’s also important to monitor progress every three or four weeks and map those out.”

He says as long as there is an upward trend in your training or progress, you shouldn’t beat yourself up for enjoying your Saturday night or taking a day off from training.

Remind yourself of your small wins

Baker recommends clients make notes of the small wins to appreciate them more throughout their fitness journey. He recounts the story of one client with a frozen shoulder – after several months of intensive work, the client was disappointed because she wasn’t making progress.

“I asked her if she had been able to brush her hair that morning, and all of a sudden she realised she had progressed, and progressed to a point that normal, mundane tasks had become just that,” he says.

“Pointing out everyday activities that were once difficult, but which have now become routine, is key to keeping in a positive state of mind, and those little wins will build until you achieve that ultimate prize.”

So, whether it’s acknowledging that you’re not as out of breath as usual when running or celebrating that hill you conquered when cycling, be sure to give yourself the credit every time you do something that pushes you further towards your goal for ultimate success. 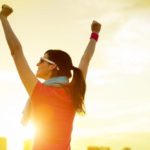 5 Tried-And-Tested Tips For Turning Your Failures Into... Previous
It’s all in the mind: 5 ways to mentally prepare yourself... Next 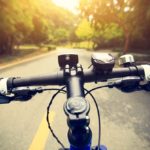