Are you guilty of driving on ‘autopilot’? 5 ways to becoming a safer driver

If you’ve ever been surprised by a pedestrian in the road or had a near miss with the car in front, then read our five tips for staying sharp whilst driving.

We’ve all been driving a little less of late, and when we do get behind the wheel, it’s often for shorter local trips, but navigating familiar routes makes it easy to slip into ‘autopilot’ mode. Let’s be honest – everyone is guilty of occasionally letting their concentration slip while driving, but what can you do to avoid falling into that trap and travelling towards an avoidable incident? After all, the Department of Transport’s data shows that driver error, behaviour and distraction contributed to a huge 85% of all reported road accidents in 2019.

Every advanced driving instructor has their own teaching methods, techniques and memorable rules, each designed to help improve our driving in a range of given situations. IAM RoadSmart, the UK’s largest independent road safety charity, champions an acronym popular in advanced driving circles: COAST – Concentration, Observation, Anticipation, Space and Time.

Keeping these five simple rules in mind is key to safer driving in our towns, cities and further afield.

Concentrating on the job in hand might sound obvious, but a lapse in focus while driving can prove fatal. Do you remember being taught stopping distances while learning to drive? At 30mph, the average car will take 14 metres to stop; however, we need to factor in ‘thinking distance’ – the distance travelled while a driver reacts – that is nine extra metres. And stopping distances escalate surprisingly quickly the faster we travel. Think about that next time your speed inadvertently creeps up towards 40mph in a 30mph zone.

So, how do we best maintain our concentration behind the wheel? There’s no ‘one-size- fits-all’ answer to this, but a trick employed by some emergency response drivers is to run a commentary out loud on upcoming potential hazards. But if that’s likely to make you feel a bit weird, then the process could equally be undertaken in your head. The idea is to keep us alert, and it does highlight just how many factors we, as drivers, must consider, especially in a busy town environment where vulnerable road users – pedestrians, cyclists and motorcyclists – are all around us.

The fewer distractions while driving the better, right? Your mobile phone is a tempting distraction – answering a call, opening a notification or checking that social media app can often prove irresistible. We can all hold our hands up and say there’s been an occasion where we’ve been distracted by our phones while driving. Unsurprisingly, but alarmingly, younger drivers are more than twice as likely to make or receive not just calls but video calls – yes, really – while driving, according to a recent study by the RAC.

Under new legislation coming into effect this year, it will be illegal to pick up and use a mobile phone while driving, closing an existing legal loophole allowing offenders to escape prosecution for using a hand-held device behind the wheel to take a photo or play a game. The current penalty for drivers caught illegally using a hand-held mobile phone or sat-nav system while driving is six penalty points and a £200 fine – but beware, you could face a driving ban. Simply avoid temptation by putting your phone out of reach before you set off on your journey.

No one can predict what is around the next corner or what other road users will do next, but we can use our observation skills and experience to best anticipate what might happen. Look as far ahead as you can at all times and observe your surroundings like a hawk. Street lighting and telegraph poles indicate that you are entering a built-up area, so watch for vehicles appearing from concealed driveways, pedestrians emerging from between parked cars, unaccompanied children or free-roaming pets running into the road. Keep watch, too, for cyclists and motorbikes which might pass on either side, or pull into the centre of the road to make a right turn at short notice, as well as for fast-moving emergency vehicles requiring you to let them through in a hurry.

Modern cars feature bright daytime running lights (DRLs) and these give us a better chance of spotting them earlier. When your visibility is reduced by weather conditions, dull light or obstructions – such as parked cars or tricky road layouts (eg, blind bends or badly sited roundabouts) – there are a few tricks to assist your vision. Watch for the reflections from headlights in the paintwork of parked vehicles, shop windows or reflective signposts as a clue to an approaching vehicle. On bright sunlit days, shadows cast across the road can also provide an early warning to the presence of an oncoming vehicle or hazard ahead, in much the same way as approaching headlights might at night. Keep your eyes peeled.

4. Give space and buy time

Giving space to other road users is absolutely crucial – tailgating the vehicle ahead puts a driver’s focus on reacting to the actions of that vehicle, reducing time to absorb other elements in the vicinity. With lockdown restrictions lifting, our roads are getting busier by the day. Be proactive – leaving a suitable gap in front provides breathing space for you and the driver you are following. But, presuming you are not the offender, what can you do to calmly and carefully get space from the tailgating driver behind you?

According to Highways England, 87% of drivers say they’ve experienced or witnessed tailgating, and it is a factor in one in eight casualties on our roads. Let’s work on the assumption that you are travelling well below the speed limit and there’s a vehicle behind following too closely. Gently ease off the accelerator to slow your speed. You will ebb back towards the driver behind, alerting the tailgater to their increasing proximity, causing them to slow accordingly. As this occurs, promptly but gradually return to your original speed. This defensive driving tactic, taught by Advanced Driving Consultant, Rob Colbourn, is surprisingly effective at forcing the driver behind to snap out of their autopilot moment for the benefit of both parties. But don’t forget, pulling over in a safe place and letting an aggressive driver pass is always worth consideration. Just stay calm.

The five simple rules of Concentration, Observation, Anticipation, Space and Time (COAST) are key to driving safely and ensuring those autopilot moments, of which we are all guilty, become few and far between. We all want to be good drivers, but in striving to be great drivers, we can avoid bad habits and reduce the possibility of an incident, making roads safer.

Exclusive offer for existing Vitality members! To celebrate the launch of our car insurance this spring, we guarantee to beat your car renewal quote. We’ll also reward you with an Amazon gift card worth up to £50, depending on your Vitality status, when you buy a plan. You need to reserve this offer by 30 April 2021. T&Cs apply. Find out more. 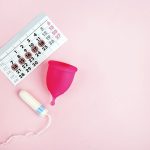 How Knowing Your Menstrual Cycle Phases Can Change Your... Previous
10 Ways To Boss Working From Home (If You're Over It) Next