For something that up to 10 per cent of people in England will experience in their lifetime, depression, and mental health overall, is still an area that we don’t understand. We asked Clinical Lead of VitalityHealth partner CBT Services, Brendan Street, for some answers.

I’m feeling really down today. Does that mean I’m depressed?

“Sadness is a typical symptom of depression, but it is also just a normal emotion too. Everybody has normal fluctuations in mood from time to time, so feeling down doesn’t automatically mean that you are depressed.  It is medically accepted that if symptoms of depression persist over a two-week period it is clear something is going on and the depression should be dealt with.”

“Depression itself is a bit of an umbrella term, with every case unique and affecting the sufferer physically, emotionally, behaviourally, or a combination of all three. There are several different types of depression, including postnatal and seasonal affective disorder, but the most common is major depressive disorder. The National Institute of Health and Care Excellence (NICE) classifies this type of depression in terms of mild, moderate and severe; depending on the number of symptoms you have.”

What are the signs?

“NICE bases their mild, moderate and severe episodes of depression on symptoms that psychiatrists use:

If you suffer from four of the symptoms, your depression would be considered mild; five and six, moderate, and over seven, severe. But remember, these would have to be persistent over two weeks to be labelled as depression.”

What could be causing it?

“It depends who you ask really. If you go to your GP, they are likely to see at as a chemical imbalance in your brain, with he or she prescribing antidepressants to level this out. As a cognitive behavioural therapist though, my perspective is that depression is psychological and is therefore to do with how people think. The causes of these psychological triggers are wide-ranging, the most common including:

When something happens during your life, such as losing a loved one, a break up of a relationship or losing your job, it is natural to feel low. It’s when those symptoms become persistent and start to take a hold of all aspects of your life that this would be considered as the cause of depression.

One of the theories of cognitive behavioural therapy is that during our childhood and as adolescents we start to develop beliefs about the world, the future and ourselves. What can happen is that during this period we could start to develop quite unhelpful beliefs about the world, other people and ourselves. When something negative happens to us down the line, we’re likely to view that as because I’m a failure. In addition, those of this disposition tend to attribute anything negative as being their fault, and anything positive as just due to external luck.

Elicit  drugs, alcohol and certain types of medication can all cause depression. A real issue with these is that the depression can become quite a complex, vicious cycle: you may have had other symptoms of depression to start with and therefore turned to alcohol to self-medicate, which in turn can make you more depressed, so you drink more alcohol – creating a downward spiral. Although it is a common method of self-help, it doesn’t work.”

What can I do?

“Recognition is the first major step in managing depression. Without recognising that you are depressed, your symptoms are likely to either stay the same or get progressively worse – increasing the severity of your depression along the way. By recognising depression, you can notice when your mood is starting to spiral and start taking steps to manage this.” 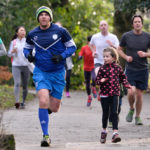 Running Guide: What To Do During Your Run Previous
Weight Watchers Tortilla Pizzas Next 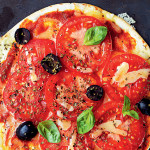