A Vegan Answers Your Questions About Veganism

Ahead of Veganuary, we asked Selene Nelson, author of Yes Ve-gan!, to answer the 9 most common questions she faces about her plant-based lifestyle.

When I went vegan in August 2017, I did it almost grudgingly. After learning the truth about animal agriculture, I couldn’t continue to eat animal products – but I thought making the switch would be challenging. Instead, it turned out to be the most positive and empowering decision I’ve ever made – so much so that it inspired me to write my book, Yes Ve-gan!, to share the joys of plant-based living.

Veganism is now twice as popular as it was five years ago, but while interest in the subject is at an all-time high, there are still lots of myths and misconceptions surrounding it.

As we approach Veganuary, I answer nine of the most common questions vegans get asked.

1. ‘Why do vegans talk about being vegan all the time?’

Not all vegans like to talk about being vegan, but there are a few reasons some do. The first is that most social situations revolve around food, so if you want to be able to eat something, it just makes sense to mention the fact you don’t eat animal products!

The second is that we want to normalise being vegan – to show people that there’s no such thing as a ‘typical vegan’. The third is that a lot of people aren’t aware of the reality of animal agriculture, or the effect it has on the environment – so if telling people you’re vegan invites conversation and questions, that’s great.

In my pre-vegan days I thought this too, but that was because I had no idea how delicious and diverse a plant-based diet could be. Creamy sauces, sticky cakes, juicy burgers – you can enjoy all that and more on a plant-based diet.

Today, there are more vegan products on the shelves than ever before, and nearly all restaurants have vegan menus.

Vegan food will introduce you to a whole range of new ingredients, flavours and ways of cooking. My fridge is now packed with ingredients I’d never even heard of before going vegan. It’s taught me a whole new way of cooking. Boring? Not a chance!

The idea that vegans survive on kale, quinoa and salad couldn’t be further from the truth. Going vegan doesn’t mean giving up the things you love to eat – it just involves swapping over a few ingredients. I eat all the same meals I used to – spaghetti bolognese, tacos,  curries, lasagne. I still enjoy baking cookies and cakes. I just tweak the recipes. Not only is the food just as delicious, it’s generally healthier and better for the environment (not to mention better for the animals, too).

Just head to the vegan section in the supermarket to see how many great plant-based products are available. You’ll find vegan ice cream, sausages, burgers – there’s even vegan steak.

So if quinoa or kale doesn’t excite you, check out the alternatives.

The short answer is yes – absolutely! Studies link cancer, heart disease, stroke and diabetes to the consumption of animal protein. Research shows that switching to a vegan diet can help prevent and treat some of the leading causes of death, such as heart disease, Type 2 diabetes and high blood pressure.

Many of the world’s top athletes, including Lewis Hamilton, Novak Djokovic and Serena Williams have moved to a mostly plant-based diet and have spoken about how much stronger and healthier they feel since making the switch.

In the UK, we eat almost double the amount of protein we need. On average, men need around 55g of protein per day and women 45g.

Plant-based foods that are high in protein include beans and lentils, beansprouts, tofu, wholegrains, nuts, seeds and hummus. It’s also worth remembering that there’s protein in many everyday foods that have been disregarded, such as potatoes, pasta, and vegetables.

Plus, many of the mock-meat products like soya and seitan contain just as much protein as meat – and sometimes more. If you want visual confirmation that vegans get enough protein, just google ‘vegan bodybuilders’!

Iron-deficiency is one of the most common deficiencies in the world, and it’s by no means a vegan issue. The RDA for iron varies: men need 8.7mg, women under 50 need 14.8mg, and women over 50 need 8.7mg. As with protein, if you’re eating a healthy and balanced plant-based diet, you should get enough iron.

Green leafy vegetables like kale, cabbage and watercress are rich in iron, as are tofu, beans, lentils and oats. Healthy snacks that are high in iron include dried fruits such as apricots, dates and figs, and Brazil nuts, almonds, pumpkin seeds and sesame seeds.

Vitamin B12 is probably the nutrient vegans need to be most careful of. Although this vital vitamin is crucial for cell production and nerve formation, B12 is necessary in only very small amounts – around 1.5 micrograms a day, and our bodies can store B12 for 2-4 years.

Countless vegan foods are now fortified with B12 – plant milks, cereals, vegan cheeses, mock meats – just check the label. If you’re worried you’re not getting enough B12, speak to a health professional.

This is definitely one of the most pervasive vegan myths out there. Most vegan essentials like pasta, rice, vegetables, potatoes and beans are cheap, while for non-vegans, meat, fish and cheese are often the most expensive foods you buy when shopping.

Removing them from your trolley and replacing them with extra veggies, beans or legumes will make your shop cheaper, not more expensive. Some vegan cheeses and mock-meats can be a little pricier than the non-vegan versions, but this difference is minor. On the whole, you’ll probably save money on your food shop.

When I went vegan, I thought it would be an ordeal. But going vegan has been the best decision of my life. I’m not alone in thinking this – ask any vegan what their biggest regret is, almost all will say not doing it sooner. The hardest part was making the commitment; once I’d done that, everything else was easy, and I don’t miss animal products at all.

There’s so much joy and positivity in knowing that you’re never intentionally harming animals, that you’re doing the single biggest thing you can do to reduce your impact on Earth, and that you’re taking steps to improve your health.

Once you’ve decided to make the switch, you’ll probably wonder why you didn’t do it sooner.

If you want even more plant-based inspiration for your meals, check out 9 ways to get your protein fix from plant-based foods. 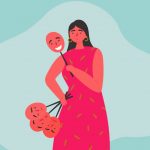 The 7 types of rest that will set you up for a more positive... Previous
Knowing Your Options: These Are Some Of The Best Methods... Next 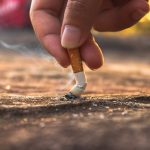 How to stay positive and cope with any lockdown uncertainty

Battling The Stigma Of Getting Checked For Prostate Cancer: Allan’s Story