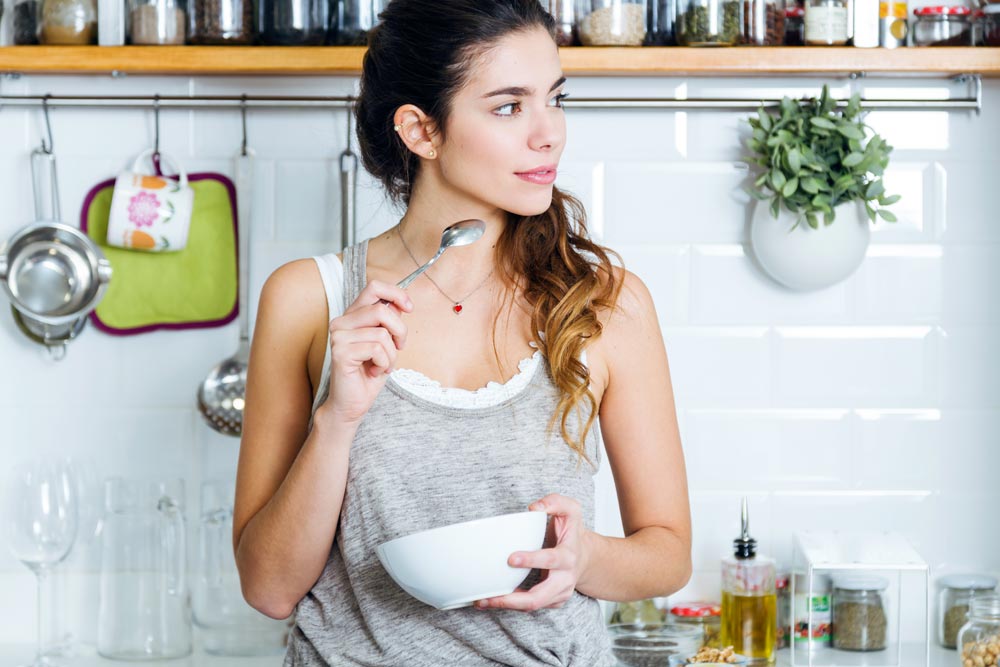 Looking to burn some extra calories? Dietician Jo Travers shares her advice for maxing your metabolism, including which foods can help you burn a little more energy

Your metabolism is the sum of all the energy your body uses during a day, from walking and exercising to all the cellular functions that happen within the body to keep us alive. Burning more energy can increase your metabolic rate. This helps you to burn more fat and as an end result, lose or maintain weight.

The best way to burn more energy is to be more active and increase your muscle mass, particularly as you get older when muscle tends to decline. For example, your metabolic rate can increase by up to 15 times during strenuous exercise. But the most important factor on your metabolic rate is how much lean muscle tissue you have. Your muscle tissues use 16-22% of your daily calories just to exist and twice-weekly strength training can increase your daily metabolic rate by up to 9.5%, according to a study from the University of Limburg, Holland.

While being active is very important, your diet can also help to encourage your metabolism. Dietician Jo Travers shares her top nine energy-burning foods.

Selenium is essential for thyroid function (which produces hormones to regulate the body’s metabolic rate and digestive function) and Brazil nuts have stacks of it. Just five nuts will give you almost all of what you need for a day.

Calcium-packed milk may have a positive effect on our metabolism, particularly if you are restricting your energy intake. A study by the University of Kansas and the University of Tennessee found those who consumed three daily servings of dairy products versus one or no servings showed evidence of greater fat oxidation and were able to consume more energy without greater weight gain. This suggests that dietary calcium plays a significant role in regulating our metabolism.

Cocoa may boost mitochondria (energy producing cell structures), which in turn helps to burn energy according to the College of Medicine at the University of Dammam, Saudi Arabia. In fact, cocoa can play a significant part in fat metabolism in particular as its effects are associated with decreased body weight gain and insulin resistance. Try a few squares of dark chocolate to get your cocoa fix.

According to nutritional scientists in Zurich, Switzerland, zinc is essential for normal thyroid function and helps to drive our cells’ metabolism process. Oysters contain more zinc per serving than any other food, but if these are hard to get hold of, then crab, lobster and sole are also good sources.

Eating any type of food produces heat and in turn, burns energy – this is a process called thermogenesis. Chillies produce more heat than others because they contain a compound called capsaicin. Eating spicy food may also help keep food cravings at bay. Research from Purdue University, Indiana found that eating spicy foods can decrease appetite and help decrease the number of calories you eat. Ginger and turmeric have also been shown to have a moderate thermogenic effect.

Proteins are the building blocks of muscles and cells (which burn energy just by being there), and pulses such as beans and lentils contain plenty of the stuff as well as being low in fat. If you don’t get enough protein, your muscles break down to recycle the proteins you do have – leaving you with less muscle and burning less energy. Try adding lentils to your spaghetti Bolognese or mixed beans to chilli or stews.

Carbohydrate is the body’s primary source of energy. If you don’t get enough, your body reacts by rationing energy use. Additionally, your body will use protein as an energy source diverting it from other uses (see point 6!) The answer? Whole grains such as brown rice provide slow release energy and will keep your metabolism ticking over.

Drinking a few cups of caffeinated tea or coffee can increase energy expenditure by around 100kcal per day, according to research by Maastricht University, Holland. However, too much can have the opposite effect if it stops you from sleeping. Lack of sleep not only slows your metabolism but has also been linked to obesity and type-2 diabetes.

Trillions of bacteria help us to digest food and boost our immune system, but did you know that some affect our metabolism? A study by the University of Louisville suggests that the make-up of our gut microbiome can affect obesity. Consuming ‘live’ foods such as natural yoghurt can populate the gut with useful bacteria, which aids the metabolism process. Although it’s not likely to be enough by itself, you’ll still need to follow a healthy diet.

Eating enough food is really important. If you restrict your intake too much, certain functions in the body will slow down or even stop. This lowers your metabolism. ‘Frontloading’ your day (eating more, earlier in the day) can be effective as your metabolic rate is highest in the morning and declines throughout the day. One study by the University of Murcia, Spain, found that those who ate lunch earlier lost more weight across a 20-week period, compared to those who ate lunch after 3pm, despite the calorie intake being the same. So, try eating a bigger breakfast, earlier lunch and lighter dinner.

Another way to lose weight and stop overeating for good is by eating more mindfully. Check out our 5-step beginner’s guide to mindful eating. 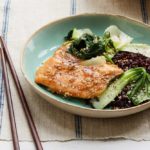