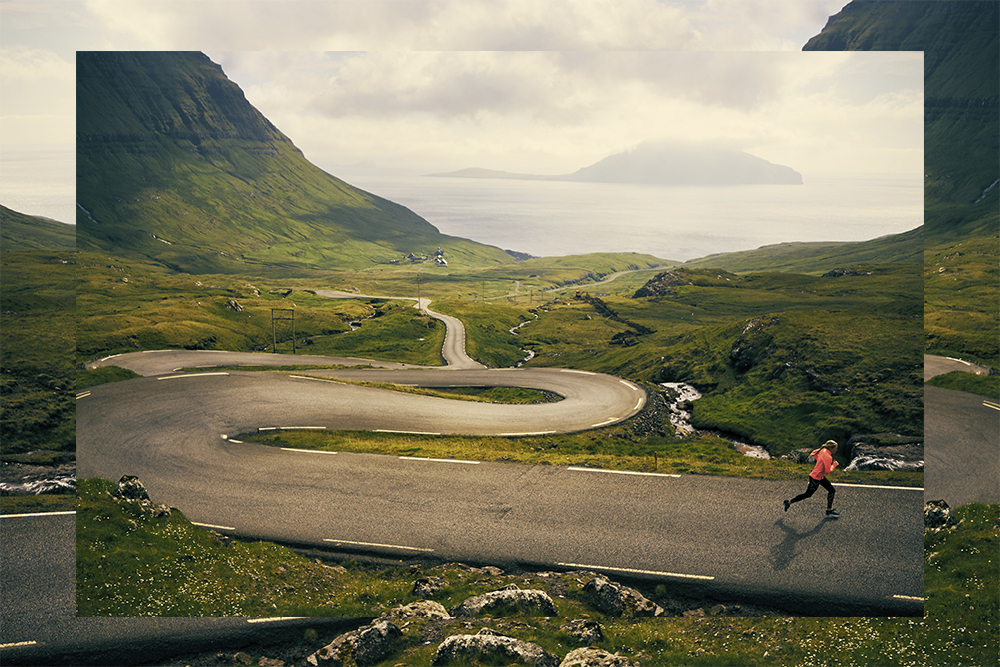 Tired of your local running trails? Head to one of these running destinations to experience the very best the UK countryside has to offer.

Whether you were one of the many who discovered running in lockdown or you have been pounding the trails for years, Covid travel restrictions have meant everyone has been running round (and round) the same routes at home over the past 18 months.

Getting exercise and headspace has undoubtedly had a positive impact on many people during the past 18 months. In a 2020 survey by Natural England, more than 40% of those questioned said that visiting natural spaces has been important to their wellbeing since lockdown began.

And with research from Macmillan Cancer Support finding that an estimated 7 million people in the UK turned to running during the pandemic, it’s clear more people are running than ever before. As a result, according to Ordnance Survey, between May 2020 and May 2021 British runners shared more than 280,000 new running routes on their OS Maps app, up 103% on the previous year.

And while this has been a boom time for getting to know your local trails, many runners are itching to try somewhere new. While travelling and running abroad remains far from straightforward for most people, the good news for UK runners is that as well as the weekly parkruns reopening to the public, there are also plenty of inspirational routes waiting to be discovered across the country. These destination runs all provide truly stunning backdrops that will make you re-evaluate and appreciate more the sheer beauty and variety of landscape on our doorstep.

So if you’re searching for new routes to motivate you to keep running further, take inspiration from these nine bucket-list running destinations, along with a recommendation for somewhere to refuel after you have finished. 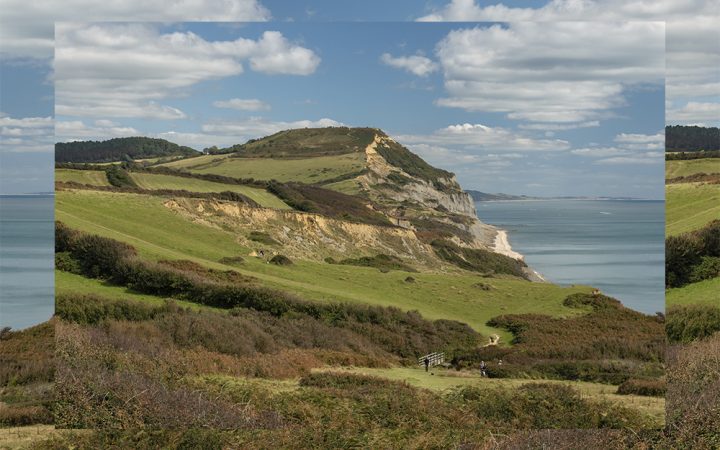 It’s not easy to pick just one part of England’s South West Coast Path to run along – you could choose almost any section of the 630-mile long National Trail and be treated to dramatic cliff-top views, rugged rock formations, roiling seas, huge skies and rare wildlife. But it’s hard to beat the section between Charmouth and Bridport, featuring one of the highest points along the entire south coast. Golden Cap is a monster-yet-achievable climb that reaches 30m higher than Beachy Head, and once at the top, the views across the Jurassic Coast are unsurpassed.

Where to eat: Whether you stop here at the end of your run or refuel in the middle, the Anchor, overlooking the beach in Seatown, is the perfect place to fuel up on haddock and chips in the shadow of Golden Cap.

As far as city-centre runs go, Edinburgh offers one of the most unmissable routes in Europe. Nestled on the edge of the city, not too far from Edinburgh Castle, is Holyrood Park, which contains the ancient volcano, Arthur’s Seat. It’s a short and sharp climb up to the summit along rocky footpaths that transport you from the hectic urban sprawl to the feel of open moorland. But it’s worth the effort on your quads. As it sits at 251m above sea level, you’ll be rewarded with views of Edinburgh that few tourists get to experience.

Where to eat: Artisan is one of the biggest coffee roasters in the Scottish capital, and this café is its original coffee house. Post-run, head here for an exceptional brew and a well-deserved slice of cake. 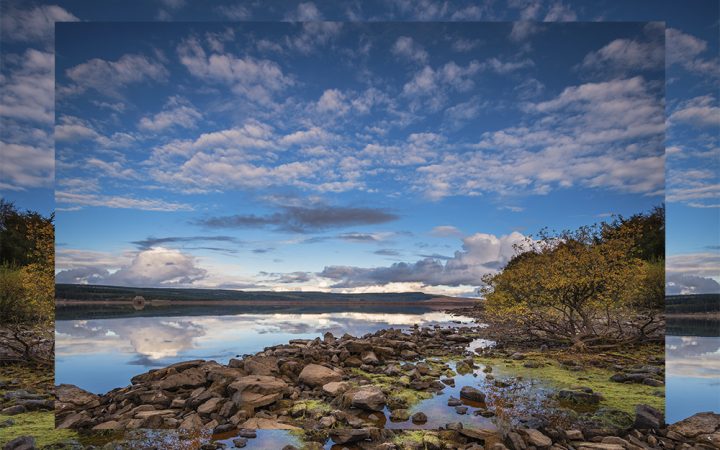 Kielder is all about forest bathing in the calming woodland and reaping the health benefits of being near a large body of water, as this area contains both in abundance. Run through pine-scented trails in England’s largest forest and along the banks of the largest man-made lake – by volume – in northern Europe (if you want to skirt the entire shoreline, it’s 26 miles – in which case, try the annual Kielder Marathon). Take to the trails at dusk and you’ll be in for something utterly special – the area is a Dark Sky Park, meaning light pollution is kept to a minimum and the resulting clear night skies will stop you in your tracks.

Where to eat: What’s better than a waffle after a long run? Whether you prefer Liège or American, there’s a wide range to sate hungry runners. Treat yourself to a Nutella sandwich, you deserve it.

Often overlooked due to its nearby Box Hill sibling, Leith Hill offers more ascent and spectacular views of the Surrey Hills at the summit. There are multiple ways to reach the top, most of them sandy footpaths winding through shady woodland, which in autumn will have you filling your Instagram feed with swoon-worthy golden foliage. You know you’ve reached the peak when, chest heaving, your eyes finally fall upon Leith Hill Tower, emerging out of the woods like a scene from a period drama, and you can breathe easy knowing all the climbing is done and it’s downhill from there. If you want to extend the run, follow the trails to nearby Holmbury and Pitch Hills.

Where to eat: Popular with runners and cyclists, Heartwork Coffee Bar is ideal for lounging outside while resting tired legs and recounting the run’s highlights over a flat white and a thick slice of banana bread. 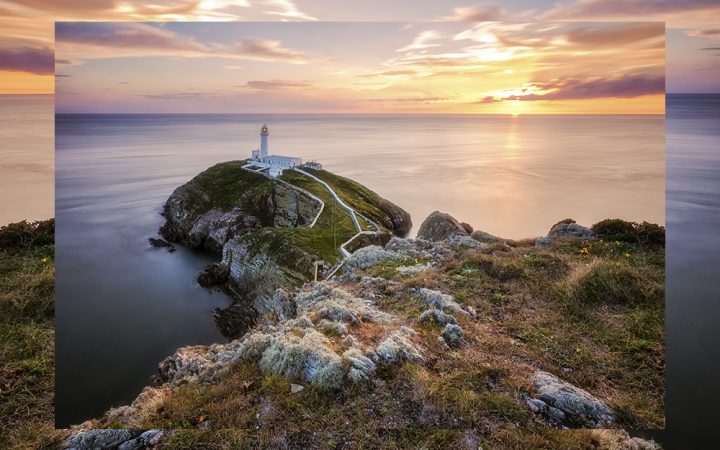 North Wales offers some of the best running in the UK, including the challenging peaks of Snowdonia and the coastal gem of the Llŷn Peninsula, but Holyhead, an island off Anglesey, also known as Holy Island, features a remote coastline that stretches for 26 miles in its entirety. Instead of tackling that epic challenge, make your way to the north, setting off from Holyhead town, joining the Irish Sea coastal path around the top of the island where you can spot rare birdlife, dolphins and seals around South Stack Lighthouse. For those who want more of a challenge there is the option to head inland and conquer Holyhead Mountain.

Where to eat: The owner is a runner, so can provide local tips. Try a Power Bowl if you’re feeling super-healthy, and/or a slab of carrot cake if you want a quick sugar hit. 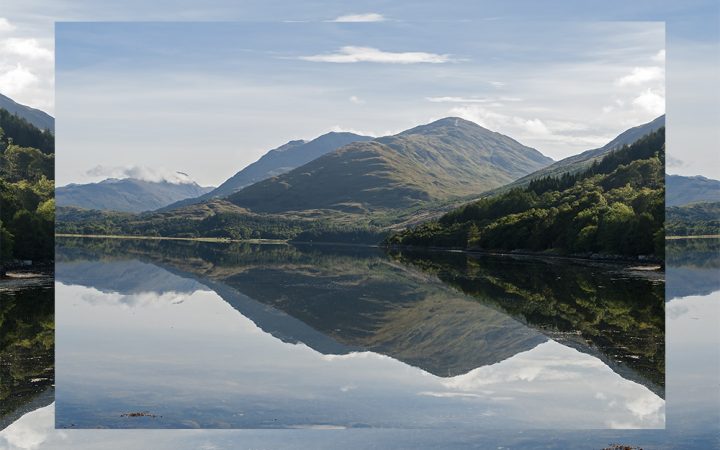 You could, if you were feeling particularly adventurous, attempt this historic 96-mile long trail from Milngavie to Fort William in one go, but most walkers do it across a week due to the sheer amount of elevation in the second half of the route. If you were to choose one section to take on, the section from Inveroran to Kingshouse comes particularly highly rated. It takes you through Rannoch Moor, a wind- (and, knowing Scotland, rain-) swept wilderness that feels like the wilds of Iceland. Just make sure you’re wearing hardy trail shoes that can tackle the foot-sucking bogs.

Where to eat: You’re going to need pies. Lots of pies. Luckily, the Way Inn at the Kingshouse Hotel provides them, in front of a roaring fire, followed by a fine selection of single malts.

The Way Inn at the Kingshouse Hotel, Glencoe PH49 4HY

Runners are spoilt for choice in Cumbria, with fells, rocky footpaths and shimmering lakes in every direction. Many new runners to the area head for Loughrigg Fell due to the relatively low amount of ascent when compared to the surrounding area. Start from Ambleside and head along the rocky paths and over the stiles towards the 336m Loughrigg Fell and onto the edge of Grasmere in about 5km. Then either head back the way you came or loop towards Rydal Water and end up back in Ambleside, having had a taste of proper fell running and a glimpse into why so many runners keep coming back. Ensure you pack for all weathers, as conditions can change rapidly.

Where to eat: The perfect spot to refuel and chat to fellow runners about your adventure. The Lakeland Large Un breakfast is perfect for those looking to replace spent calories. 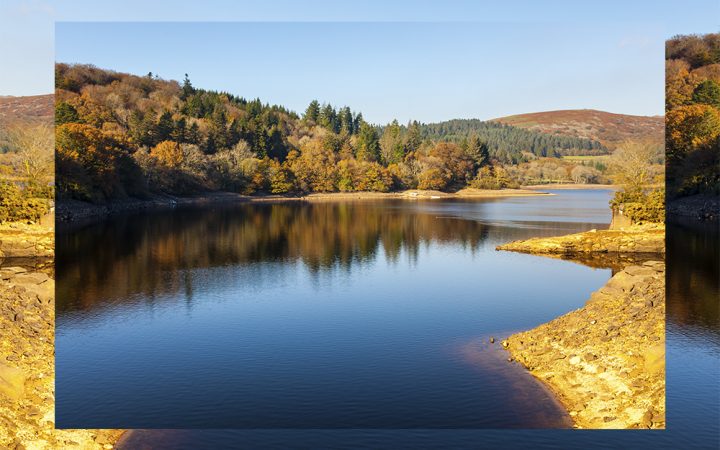 Dartmoor is an often-overlooked runners’ wonderland. With miles of upland heather moors to explore, it’s easy to get lost. Princetown is a good place to start – from there, head south to the rocky South Hessary Tor, which on a clear day offers views to the south coast. Then follow the footpath to Burrator Reservoir – known as ‘the jewel of Dartmoor’, you’ll see the landscape change around you as you leave behind the windswept moorland and enter verdant forests. The reservoir is an oasis of tranquillity, and you can easily end your run here or loop back and end in Princetown.

Where to eat: This run deserves one thing on completion – a proper Devon cream tea. The Fox Tor offers a wide selection of home-baked goods, but the giant fruit scones piled high with clotted cream and jam are the main attraction. 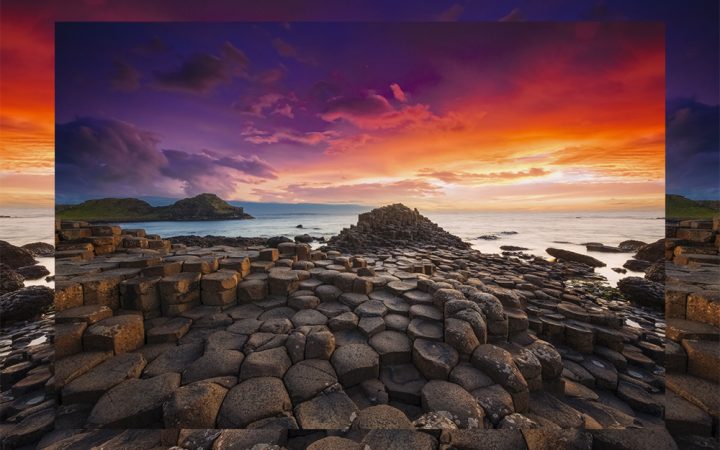 Similar to the West Highland Way, this is another unmissable, long-distance trail, although, at 51km, the Causeway Coast Way is much shorter, meaning it can be run in one go. However, to get the most out of it, most runners split it over two days. The route begins in Portstewart, and heads south, hugging the coastline and taking you past medieval castles and the Giant’s Causeway. If you’re doing it over two days you can rest up in the Causeway Hotel overnight. Towards the end of the trail, before you arrive at your final destination of Ballycastle, you can cross one of Northern Ireland’s top attractions, the Carrick-a-Rede Rope Bridge, to really test your mettle after 48 hours on your feet (although you need to book tickets).

Where to eat: When you finish on Ballycastle Beach, be sure to grab a glucose-boosting Jammy Joey.

As a Vitality member, you could get activity tracking points for running at a parkrun event. Available with qualifying health insurance, life insurance and investment plans. Log in to Member Zone for the details.

Vegan Panna Cotta with Mango Purée Recipe Previous
Are you suffering from climate anxiety? Next 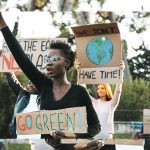