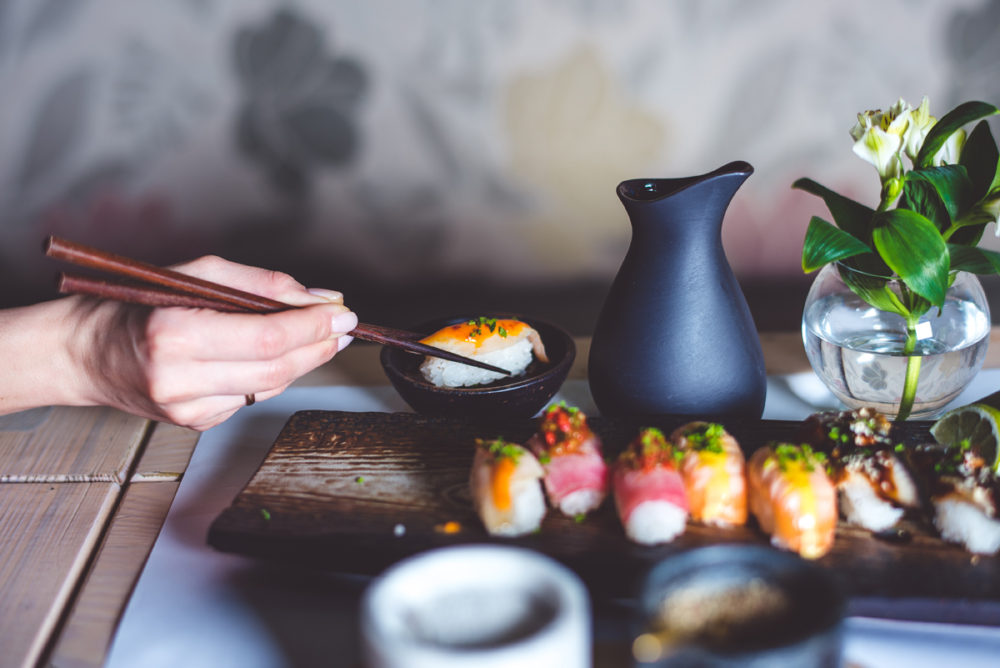 Fed up of diets? Don’t agree that cutting out foods is ‘healthier’? Take inspiration from these seven countries for their naturally healthy eating habits that you can easily try yourself

From making vegetables the star of the plate to using food shopping as exercise, countries across the globe have been adopting healthy habits as part of their normal lifestyle for years. Here are seven surprising ones we can all learn from.

‘Hara hachi bu’ is the Japanese concept of eating until you’re 80% full. As a result, the Okinawans in Japan consume 20% less calories than most people in the UK – and they also happen to be the longest living people in the world. As the stomach takes 20 minutes to communicate with the brain how full it is, you might not know what being 80% full actually feels like! Start by eating half what you normally eat and then check to see how full you feel. This act of eating more mindfully and listening to your body can help to prevent overeating and weight gain.

“In Greece, vegetables and legumes are main meals, not just side dishes,” says Antonia Trichopoulou, director of the World Health Organization’s Collaborating Center of Nutrition. Greeks eat cooked veg in dishes such as spanakopita – a Greek vegetable pie – as well as salads packed with seasonal veg. As a result, they have the highest intake of vegetables in the world.

France may be famous for croissants, cheeses and wine, but the French don’t often indulge in high quantities. Instead they take pleasure in their food and savour every mouthful. A report published in Psychological Science found that restaurant portions in Paris can be significantly less than those around the world – serving dishes containing 277g food on average, compared to 346g in Philadelphia. Scientists also found that eating high quality, palatable food can help us eat less.

The Ethiopian diet is considered to be one of the healthiest in the world. This is because their main dishes are packed with fibre, which can help prevent diabetes and weight gain and reduce cholesterol. Take inspiration from traditional stews made with lentils and split peas (low in saturated fat and high in vitamins) and injera, a traditional flatbread made with teff flour that’s high in fibre, iron and vitamin C.

5. Turn food shopping into exercise like the Italians and French

According to Michel Montignac, author of The French Diet, French and Italian shoppers often make several stops to local stores such as the butcher, the greengrocer and the baker. This not only means an increase in activity level (think of the step count!) but they also often cook using fresh foods with less added salt and sugar.

Succulent curries and delicious vegetable dhals are not only full of flavour but also contain a common group of Indian spices that boast digestive health benefits. According to a study published by the National Centre for Biotechnology, peppery turmeric and rich cumin in particular aid proper digestion of food, which can prevent bloating and overeating.

7. Add some zing to your plate like the Israelis

According to a recent study, 80% of Israelis eat fruit and vegetables every day, with 41% favouring citrus fruits. Grapefruits, lemons, limes and oranges all contain vitamin C (which helps keep cells and bones healthy) and, according to Heather R Mangieri, a spokesperson for the Academy of Nutrition and Dietetics, fibrous fruits such as grapefruit can even help to control your appetite. Zest is best!

Inspired by these healthy eating habits but need help resisting the lure of sugary treats? Read our advice for dealing with cravings.

Where do I find my sports team? Previous
7 reasons why team sports will supercharge your health Next