6 plant-based foods to boost mood, energy and brainpower (that you’ll want to eat when it’s cold) 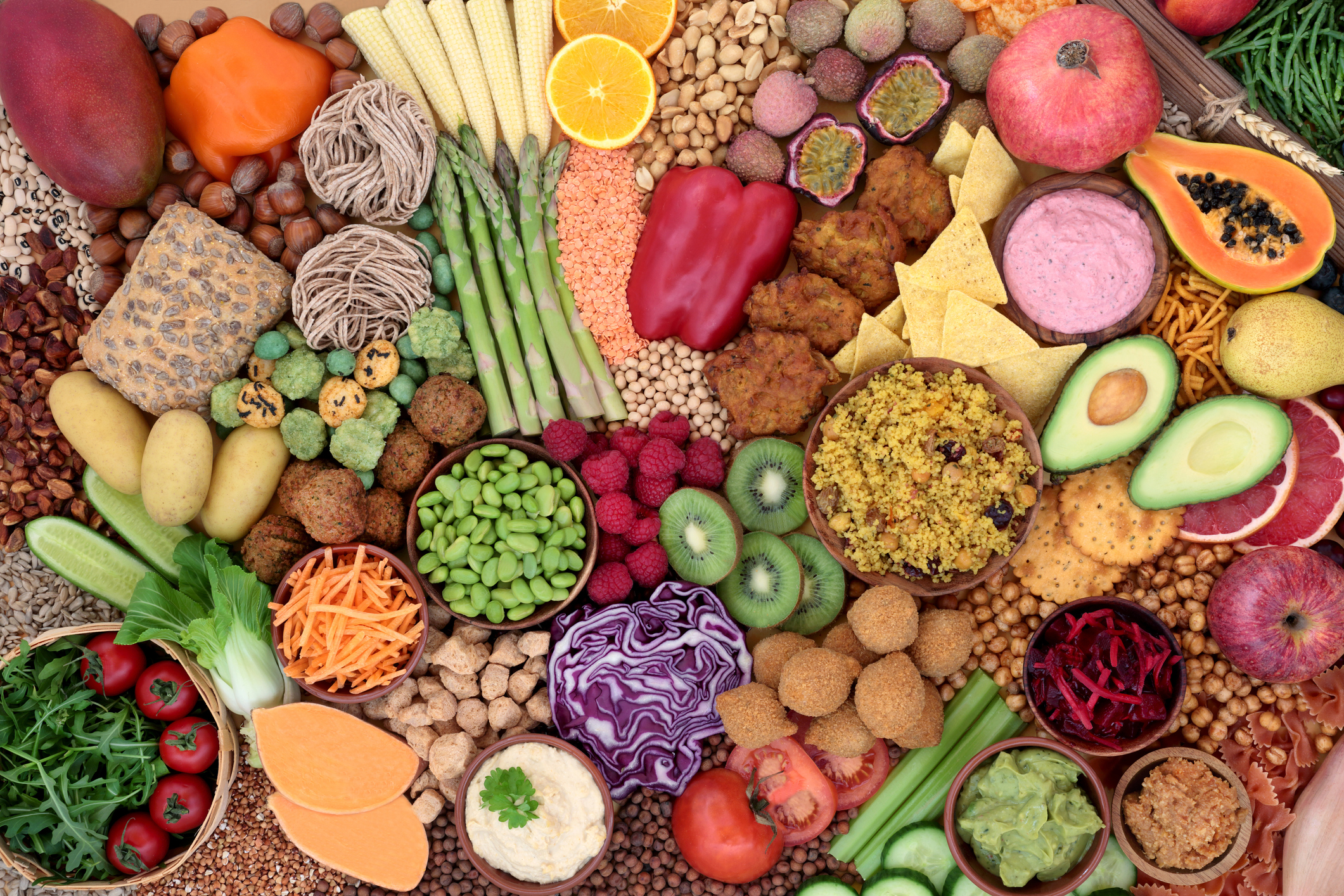 These are the six nutritionist-approved plant-based foods you should be eating in winter. And yes, it includes chocolate.

If your resolutions this year included adding more plant-based foods to your diet, join the club. One recent survey suggested a third of Brits planned to ditch meat and dairy in 2022, while the popularity of Veganuary, the 31-day vegan challenge, is still growing, with over two million expected to sign up to it worldwide this year. In addition to benefits for the planet, a plant-based diet is linked to lower rates of heart disease and might even help prevent some cancers.

However, in these dark days of winter, it can be challenging to stagger out of bed, let alone keep up those good diet intentions. As January grinds by, your thoughts might well be turning to cheese toasties and roast dinners, rather than green salads and bowls of muesli.

‘January is a difficult month,’ agrees James Vickers, registered nutritionist and Vitality Expert. ‘Several factors can affect us. It’s just after the shortest day, reducing the amount of sunlight we are exposed to. That means we have lower levels of the good-mood chemical serotonin. Combine this with a potentially lower level of activity in winter and December’s dip in following a healthy diet, and this influences our sleep, mood and energy levels. It can be a cycle that’s hard to get out of.’

Fortunately, you can navigate the slump that can occur at this time of year – specifically the triple whammy of low energy, low mood and wobbling brainpower – without reaching for the unhealthy snacks or takeaways. Here are six plant-based foods to help keep you positive, strong and focused as the weeks slowly turn towards spring.

Boost your mood with: dark chocolate 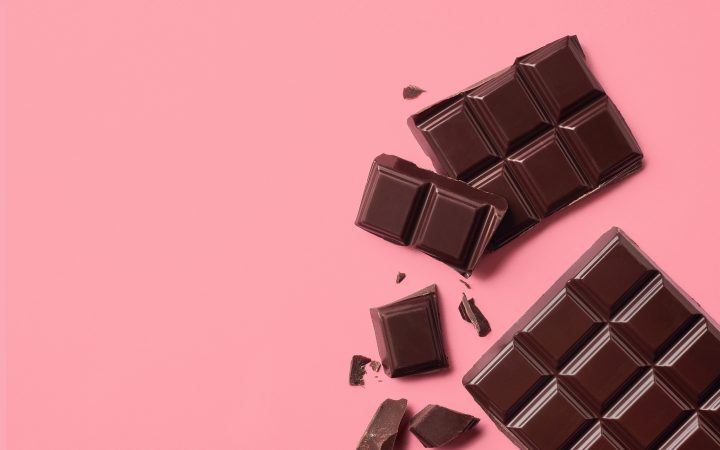 The last of the Christmas chocolates are a fading memory, but you might still be craving something rich and indulgent to satisfy your palate. A small serving of dark chocolate as a midwinter treat may be actively good for you.  This is because it contains flavanols, antioxidant plant-based compounds thought to help heart health, and possibly even prevent cancer, in high enough doses. Plus, ‘most dark chocolate is vegan as they don’t put any milk or cream in it,’ says Vickers. (However, the best way to be absolutely sure that a dark chocolate product is vegan is by only buying those clearly labelled as such, as some dark chocolate products do include milk-based ingredients, which may not always be obvious from scanning the ingredients list.)

Now a new study indicates eating high-cocoa-content chocolate might make you happier. In the research, healthy adults who consumed 10g of 85% dark chocolate three times a day saw improvements in mood. This is thought to be thanks to cocoa’s prebiotic effects, promoting the growth of ‘good’ gut bacteria. A more diverse microbiome is believed to influence mood via the ‘gut-brain axis’, and we know around 95% of the good-mood chemical serotonin is made in the gut.

‘Dark chocolate promotes the release of feel-good chemicals like serotonin and endorphins that create pleasurable feelings, and positively enhance mood,’ says Dr Pulde. To reap the benefits, choose a high-cocoa content, ideally 80%-plus. It might taste bitter at first but your taste buds will adapt. Don’t go mad though: stick to one or two squares daily to avoid high fat intake.

Boost your mood with: kale 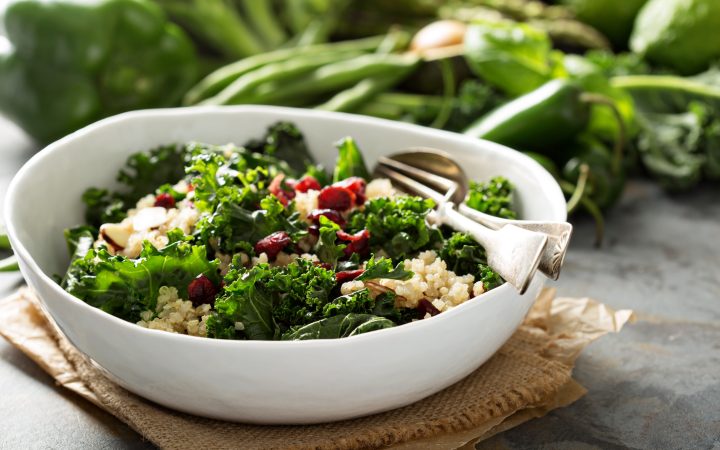 Seasonal affective disorder (SAD), linked to a lack of sunlight in winter, is a problem for up to 3 in 100 people in the UK at some point in their lives, causing symptoms such as fatigue and low mood.

Even if you don’t suffer from SAD, gloomy, cold days can bring down the cheeriest soul – which is where nutrient-rich leafy veg can help.

‘A 2018 study looked at so-called antidepressant food scores (AFS), based on how foods might help with mood. Dark-green leafy vegetables such as spinach and kale came out with a higher AFS,’ says Vickers. ‘These vegetables tend to have a higher range of vitamins and minerals, including things like folate.’ Indeed, a lack of this nutrient has been linked in studies to depressive symptoms. Other foods with high AFS scores included cruciferous vegetables like cabbage, cauliflower, broccoli, and watercress.

‘Kale is high in antioxidants and phytochemicals that reduce inflammation in the brain, a possible contributor to feelings of anxiety and depression,’ adds Dr Pulde.

Whatever veg you choose, cook in a way that retains maximum nutrients, advises Vickers – avoid boiling, which leaches vital vitamins into the water. ‘Use kale and spinach in stews and curries, so you keep all the goodness in the sauce, or steam them. You can also chop kale up and put it in mashed potato with spring onions.’

Also try: Tofu is a source of tryptophan, an amino acid that helps the body produce serotonin.

Boost your energy with: oats 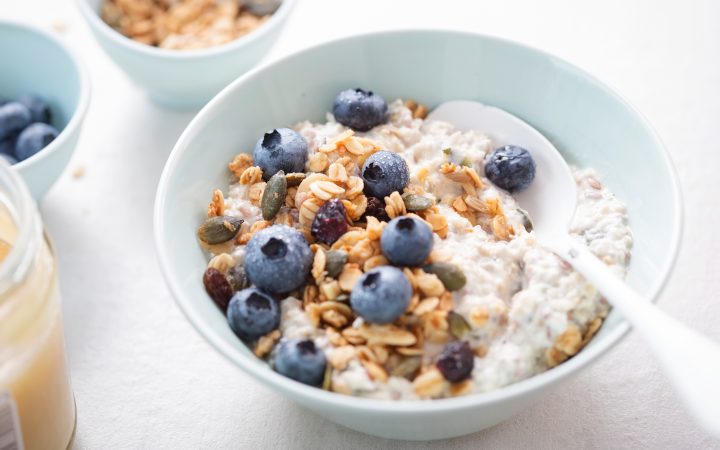 A steaming bowl of porridge is a classic winter breakfast and ideal if you’re frequently flagging before lunchtime. Low-GI oats are complex carbohydrates and an excellent form of slow-release energy. ‘Oats keep your blood glucose steady throughout the morning, rather than giving that sugar hit and subsequent crash,’ says Vickers. ‘This doesn’t just affect your energy, it affects your mood and brainpower.’

Oats also contain fibre, good for your digestion and heart. The type of soluble fibre found in oats, beta-glucan, is shown in studies to lower cholesterol. They’re also higher in protein than other grains, helping you to stay fuller for longer.

Choose chunkier whole oats over finer milled varieties for the healthiest wholefood hit, says Vickers. However, convenient microwavable sachets are OK, too. ‘It’s still a big step up from sugary cereal,’ he says. Make with water or your preferred choice of plant-based milk, such as oat, soy or almond.

Boost your energy with: lentils 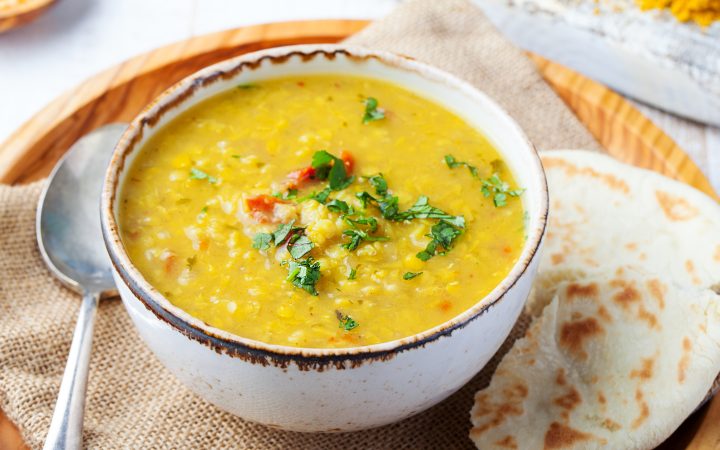 ‘Lentils, beans and pulses combine energy [carbs] with protein, so they are a great two-in-one food,’ says Vickers. Plus, lentils are a complex carbohydrate packed with fibre that help release energy over a longer period of time.

So, if you’re looking for some inspiration for those mid-week meals, then Vickers suggests swapping mince for lentils. ‘Make a lentil shepherd’s pie, bolognese, or add to a pasta sauce. You can also put lentils in soups to bulk them out. And have cold in salads with things like kale or spinach.’

Split lentils are quicker to cook than whole, but if you’re pushed for time, Vickers recommends handy pouches of pre-cooked lentils. ‘They’re simple to use, and usually contain two servings, so you don’t have to worry about weighing anything out.’

Also try: quinoa, a grain containing carbohydrates for energy and all nine essential amino acids, so considered a complete protein (unlike many plant proteins).

Boost your brainpower with: walnuts 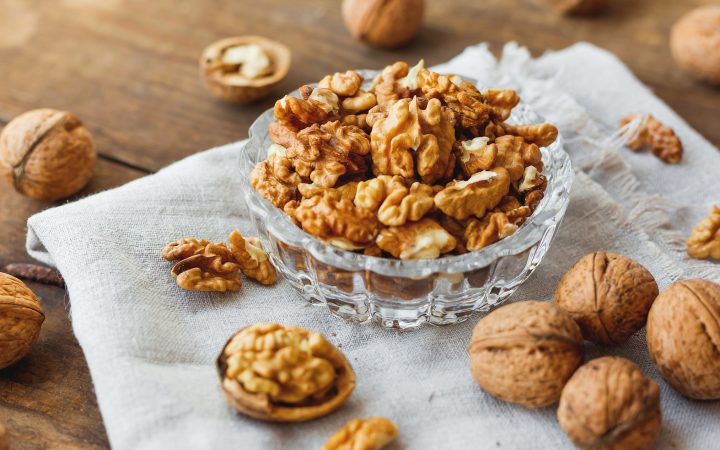 Don’t put the nutcracker away just yet: a bowl of walnuts isn’t just for Christmas. They’re a plant-based source of omega-3 fatty acids, needed for healthy brain function, but often tricky to get via a vegan diet (the main source being oily fish such as salmon).

As well as being a source of protein, walnuts contain omega-3s in the form of alpha-linoleic acid (of all tree nuts, they contain the most). Studies strongly suggest that eating walnuts is good for your brain. A 2020 review confirmed consuming them might protect against brain disorders and support cognition. ‘Enjoy as a snack, chop up and put in salads for a bit of bite, or use in stir-fries in place of cashews,’ says Vickers.

Boost your brainpower with: squash

It’s always a good time to think about our brain health, after all it’s the control centre of our bodies. However, January – when we’re in full mid-winter mode, with lot of samey days to get through before the weather cheers up and the next big holiday of Easter – is arguably the month when it can be hardest to find some focus and concentration.

If that’s the case for you, you could do worse than including butternut squash in your diet: a great brain food, according to Vickers, because it’s ‘high in vitamins and minerals, including magnesium and potassium important for the nervous system, including the brain. It’s also high on the antidepressant food scale.’

Squash are packed with plant compounds called flavonoids, including orange pigment beta-carotene. The results of a large, long-term study, published in Neurology in 2021, found a higher intake of foods containing flavonoids, including squash, were associated with better scores on tests looking at cognitive decline (other high-scorers were strawberries, spinach and Brussels sprouts).

Vickers advises simply cooking them whole. ‘Slice the top off, scoop out the seeds and fill with whatever you like – grains, nuts, lentils – then roast in the oven. They make a great centrepiece, something you can miss when you cut out meats like steak or chicken. The fact that they’re brightly coloured makes them exciting on the plate.’ 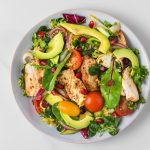 What a nutritionist really thinks about those #whatieatinaday... Previous
5 ways to get your finances as fit as possible Next 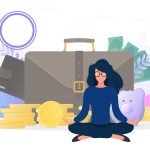