4 surprising reasons to get running

We’ve all heard how running is great for your waistline, but there’s a wealth of research that proves it has loads of other surprising health benefits…

Whether you’re already jogging around your local streets in preparation for your next running event, or you need extra inspiration to pull on those trainers, the latest research provides brilliant motivation.

Half an hour of moderate running each morning can result in improved mood and concentration during the day and a better night’s sleep according to research published in the Journal of Adolescent Health. This means you’ll feel refreshed for the day ahead, helping you to be more productive.

For Alan Morahan, a managing director from London, clearing his head and getting a good night’s sleep was a welcome benefit of donning his trainers. “Work can be stressful, so exercise really helps to clear my head, which in turn has helped with my sleeping,” he says.

Physical exercise can help protect the brain from stress-induced depression, say the researchers at Karolinksa Institute in Sweden. As testament to this, NHS GP surgeries across the country can now prescribe exercise as a treatment for conditions including depression.

Jane Platts, a 60-year-old social worker from Surrey is proof of the power. She went from overweight, depressed and immobile to healthy, happy and confident in a year. “After losing my Mum to lymphoma, I also developed a painful Achilles problem, and felt like I was heading into a downward spiral,” said Jane.

“Late last year, my friend suggested we run the Portsmouth 5k together. It was important for me to start slowly and steadily build up my fitness. I set myself a walk-run training plan and went out twice a week. Since then, I’ve run a 10k, swum 6.5k in the Thames and completed a 150,000ft tandem sky dive! I’m now happier, more energetic and a lot more confident than I’ve ever been.”

The endorphins released when exercising can help to give you a lift, so it’s no wonder it’s sometimes known as ‘runner’s high’!

With 2.5 million people in the UK diagnosed with cancer last year, it’s big news that running for 30 minutes a day could result in a “50 per cent reduction in the risk of dying prematurely from cancer,” according to Finland’s University of Kuopio. But with far more research to be done, it’s also important to know that pounding the pavement can be an effective way of finding your feet after beating an illness like cancer.

After finishing her treatment for breast cancer, Kirsty Stewart turned to running to help upgrade her lifestyle and boost her fitness. She completed her first 10k race just six months later in 1 hour and 5 minutes – and raised £600 for Cancer Research to boot.

“I’m healthier and fitter than I’ve ever been,” she says. “It’s a shame that it took an illness to make me sit up and change my ways, but I feel 10 times better than I did before.”

Perhaps the biggest draw of running is the effect it can have on your health. By going on regular runs, you could be protecting yourself against heart disease, according to the Journal of American College of Cardiology. It found that running for just five or ten minutes a day at a steady pace, “is associated with markedly reduced risks of death from all causes and cardiovascular disease.” Meaning you don’t have to run like Paula Radcliffe to feel the benefits – a little, it seems, goes a very long way.

Has running helped you feel healthier? Let us know how you’ve been reaping the benefits in the comment box below… 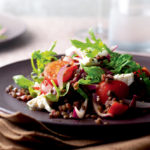 Weight Watchers warm lentil salad with feta Previous
“I started small, but it’s taken me further than... Next 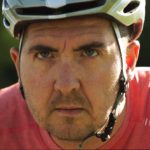 The Best New Health Podcasts You Need In Your Life

Let’s Run Together with Runners Need