10 ways to boost your brainpower when you’re feeling cloudy

After a year of Groundhog Days, many of us are feeling fuzzy-headed and unfocused. Get your grey matter back in gear with these brainpower boosting tips.

Struggling to follow intricately plotted TV shows (and we’re not just talking Line Of Duty)? Maybe it’s the classic going into another room to fetch something and forgetting what it was. Or maybe you’re on the verge of burnout – which makes our minds sluggish, too. It could be that you’ve been affected by the lockdown restrictions of the past year.

If you’re concerned about your mental performance right now, you’re not alone. After a year spent at home with a distinct lack of external stimulation, many of us are feeling a bit cloudy and finding it difficult to concentrate. In fact, one Scottish study connected a decline in cognitive function to the period of the tightest restrictions on social interaction.

However, it’s reassuring to know that our brains famously have ‘neuroplasticity’ – meaning they adapt and change all the time. As Professor James Goodwin, a director of the Brain Health Network and author of Supercharge Your Brain, says: ‘The great news is anything you’ve lost in the last year, you can get back.’

Try the following ideas to give your grey matter a boost. 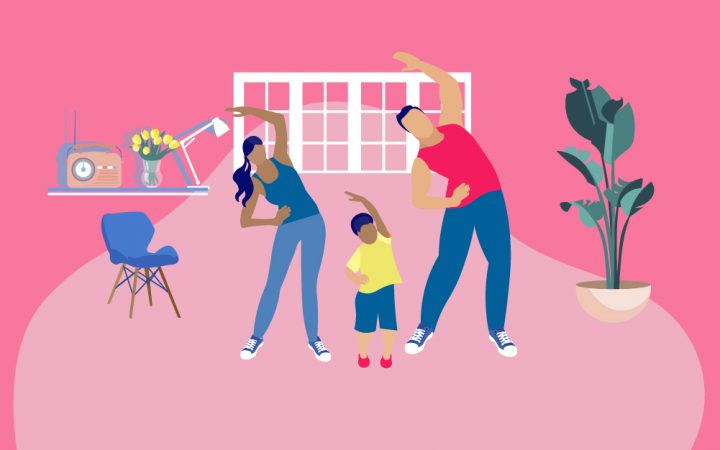 If you do just one thing to banish brain fog, stay more active. Exercise has been repeatedly proven in studies to sharpen our mental acuity and protect cognitive function which boosts your brainpower.

‘As you exercise, you’re not just maintaining your muscles, joints and heart. Exercise stimulates the production of a protein called BDNF (brain-derived neurotrophic factor), which literally makes new brain cells,’ says Professor Goodwin. ‘One US study found that if you maintain exercise over two years, the hippocampus [the brain’s centre for learning and memory] increases in size by two per cent. Exercise actually reverses ageing in the brain, which is gobsmacking.’

Meanwhile, research last year indicated that exercise directly boosts blood flow to areas of the brain linked with memory. So, if you’re having to reset all your passwords on a daily basis, starting a running or cycling programme could help you regain your mental mojo.

2. Take up the tango 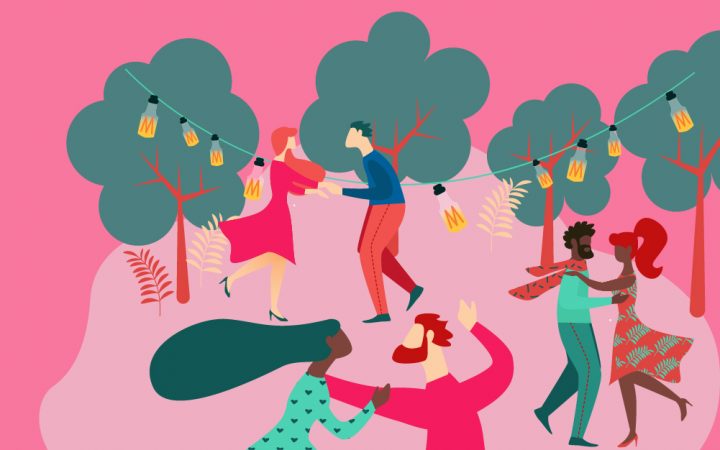 One problem with lockdown was its repetitive nature as we each became trapped in our own day-to-day cycles. It’s this beige lack of distinctiveness – hampering what scientists term ‘pattern separation’ – that’s led to our increasingly blurry minds.

By contrast, lab research suggests that, when stimulated by novel experiences, the hippocampus literally grows.

To keep our brains firing, the easiest route is learning something new, says Goodwin. ‘It could be a language, it could be Tai Chi or a new card game. But best of all is dancing – it’s complicated, it’s set to music, and you have to learn timing and steps. It’s a real challenge.’ If you’ve always fancied learning the tango, it’s the perfect excuse. 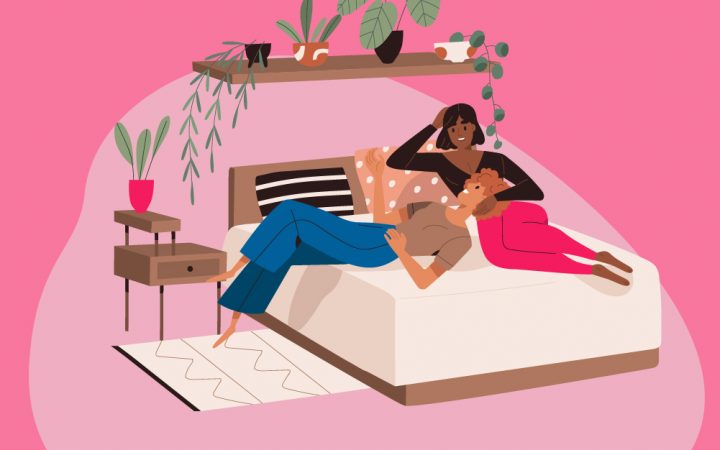 When it comes to your sex life, your brain is probably the last thing on your mind. But ‘sex has a wonderful defogging effect,’ says Goodwin. ‘Research shows regular sex with someone you have an emotional connection with is good for your memory.’

It’s down to what Goodwin calls the DOSE effect, where dopamine, oxytocin, serotonin and endorphins are released. These hormones and neurotransmitters generally enhance your sense of wellbeing, which is linked to brain health and that brainpower.

‘One reason sex also has a big effect is because the brain has millions of contacts with the erogenous areas of the body – proportionally more cells are dedicated to them in the brain than you would expect, given their relative size in the body.’ 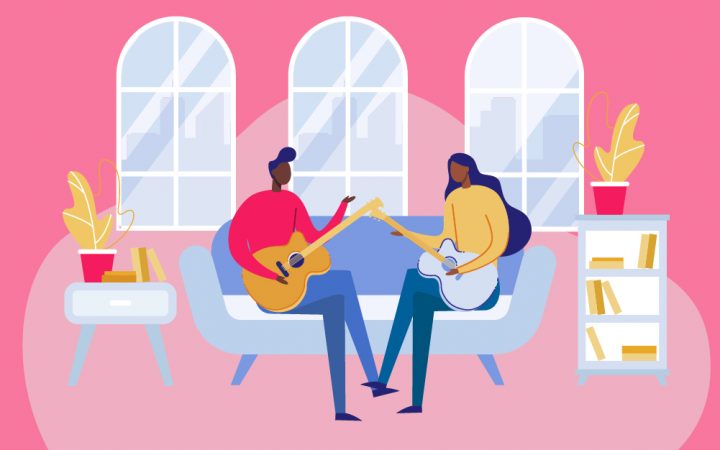 If you dusted off your old guitar during lockdown, you did the right thing (despite what the neighbours might say). Science shows playing an instrument improves cognition and lowers the risk of dementia.

‘When we take part in a musical activity, multiple parts of our brain are engaged,’ explains Clare Maddocks, music therapist and spokesperson for the British Association for Music Therapy. That’s because playing is about more than just listening – it involves processing visual information, learning and memory. ‘Plus, it engages your fine and gross motor skills, and your respiratory system if you’re learning a wind instrument,’ she adds. 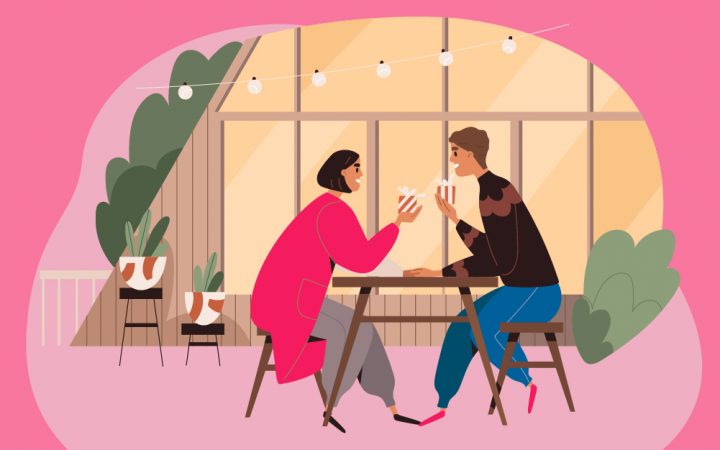 After a year of talking mainly to the cat, many of us are feeling rusty when it comes to our social skills. But being sociable isn’t a ‘nice to have’ – it’s a ‘need to have’. One US study, following 12,000 people over 10 years, found that those who rated themselves persistently lonely were 40 per cent more likely to develop dementia.

So diarise that picnic with friends, rejoin your book group and catch up with family in the pub garden. And don’t worry if your post-lockdown conversation feels less than sparkling – chances are your friends feel the same.

With the kitchen tap in view of your desk, it should be easier than ever to remember to drink enough. Ironically, with no office gossip to entice us to the water cooler, many of us are pinned to our desks, constantly parched.

However, staying hydrated could be a fast cure for brain fog, with even mild dehydration thought to negatively affect concentration.

‘Our bodies are 60 per cent water, but our brains are 80 per cent,’ says Goodwin. However, often we don’t realise that we’re on the path to dehydration. Aim for your recommended six to eight glasses daily to stay sharper. 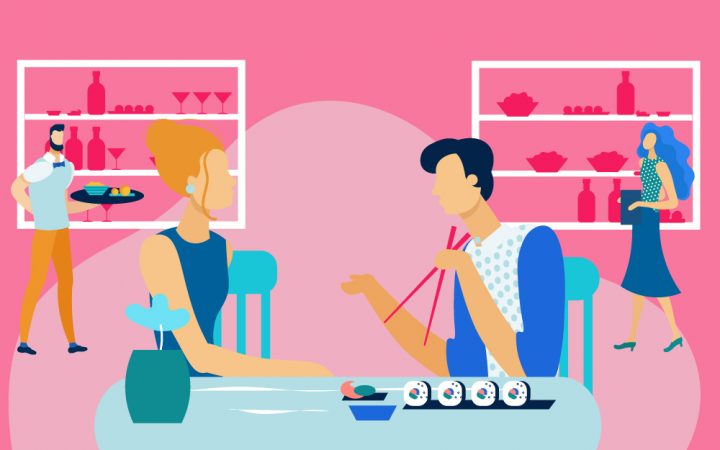 Omega-3 essential fatty acids have long been linked with brain health. Discounting water content, 60 per cent of our brain is fat, says Goodwin, with around 80 per cent of this being omega-3s.

As our bodies can’t produce omega-3s, we must get them through diet. The main source is oily fish, and government guidelines recommend we eat one portion per week. In reality, many of us don’t manage this – but it’s wise to try. ‘One study found people who regularly ate cold-water fatty fish like salmon, mackerel or sardines had a 60% lower risk of cognitive decline,’ says Goodwin.

Also key is the ratio of omega-3s consumed in relation to omega-6 fats, found in things like processed cooking oils. Research suggests omega-6s are inflammatory, and inflammation in the brain has been linked to cognitive decline.

Goodwin says: ‘The ideal omega-6: omega-3 ratio should be 1:1, but our modern diets means it’s closer to 20:1. Bringing this back to even 4:1 will swing the balance in favour of brain health.’

Not a fish fan? Try a plant-based supplement, derived from omega-rich ingredients like flaxseed oil, instead.

8. Look after your gut 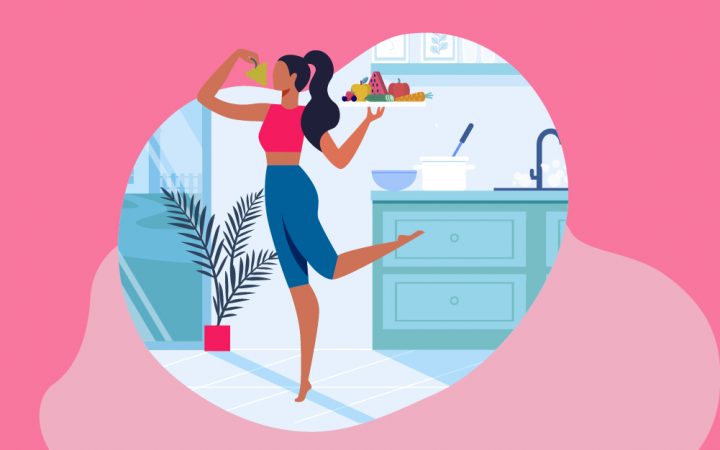 We’ve been learning more about the brain-gut connection in recent years, particularly the importance of a diverse microbiome. ‘We now know what’s in our gut flora changes our mood, feelings and thinking, as well,’ says Goodwin. ‘Serotonin is essential for wellbeing and lifting brain fog, and 90 per cent is made in the gut.’

The best way to increase good gut bacteria, says Goodwin, is a varied diet containing plenty of different fruits and vegetables. He recommends eating a humble apple, including the core (but not the pips). ‘They contain up to 90 million bacteria.’ 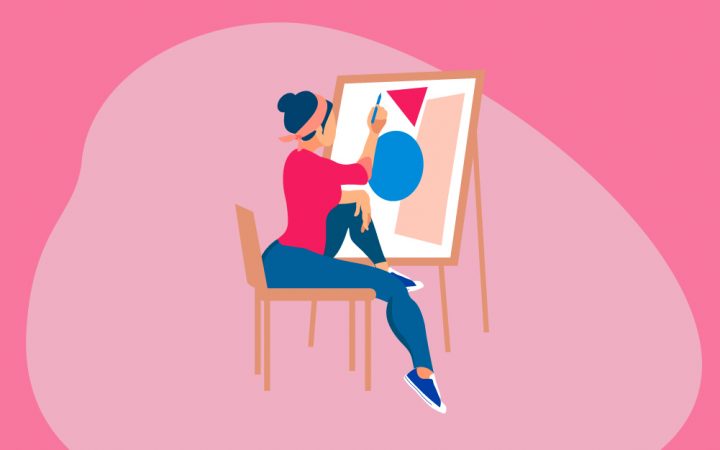 There’s a strong link between general wellbeing and brain health, explains Goodwin – so make time for pursuits that help you feel calm and fulfilled. ‘Managing stress through art is amazing for your brain. Semir Zeki, Professor of Neuroaesthetics at UCL, has done research showing that taking part in or looking at art actually improves blood flow to the brain’s pleasure centre.’

Scientists have known for decades that aerobic exercise strengthens the brain and contributes to the growth of new neurons, but recent evidence has shown that yoga enhances many of the same brain structures and functions as aerobic exercise. So, if you haven’t already, give yoga a go.

10. Get gaming or puzzling

Video games get a bad rap – and many parents will have despaired during lockdown as bored kids became glued to the likes of Animal Crossing. However, there’s some evidence gaming may improve things like problem-solving skills.

Goodwin agrees video games may be beneficial – up to a point. He highlights what he calls ‘near transfer’ (as opposed to ‘far transfer’), where games improve things like reaction speed, but only for similar activities. The same philosophy applies to targeted brain-training programmes.

Sceptical about the benefits of more screen time? Try an old-fashioned crossword or number puzzle instead, linked in recent research to better brain capacity in later life. Pencils at the ready. Goodwin’s book Supercharge Your Brain: How To Maintain A Healthy Brain Throughout Your Life has more ideas on how to boost your brainpower.

Feel like your diet is affecting your thinking? Take a look at our advice for eating your way to better mental health. 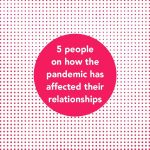 We asked five people how lockdown has affected their... Previous
The return of hugging and why it’s so vital to our... Next